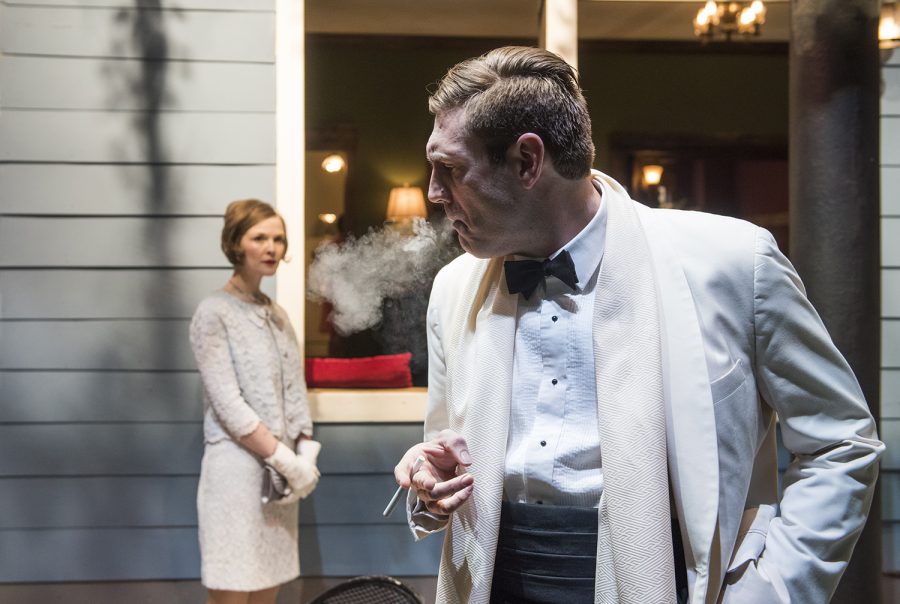 "Southern Gothic’s" success can be credited to the actors, the directing, the initial buzz of excitement surrounding the play’s novelty and the patrons’ nostalgia for the 1960s—the period when the show takes place.

In immersive theatre performances—such as “Southern Gothic” at Windy City Playhouse, “Pakalolo Sweet” at Nothing Without A Company and “The Silence in Harrow House: An Immersive Puppet Haunted House” at Rough House Theater—audiences leave their seats and interact with the characters on stage, experiencing sights, smells and sensations up close.

“The benefit of immersive theatre is it puts the agency back in their hands; patrons have the chance to choose how they’re going to experience the story that’s on stage,” said Evelyn Jacoby, managing director of Windy City Playhouse, 3014 W. Irving Park Road.

David Gordezky, 2015 acting alumnus, said the most recent immersive theatre trend in America started with “Sleep No More,” a site-specific work created by the British theatre company Punchdrunk in 2011 in which audiences don masks and take part in promenade-style performances.

“It redefines that relationship between the audience and the performer,” Gordezky said. “And it’s something a lot more engaging.”

Gordezky, who works as a macabre puppeteer for Rough House Theater’s “The Silence in Harrow House …,” said, for immersive roles, actors need to be prepared to improvise and give audience members a unique one-on-one encounter.

“You have to know your character a lot more,” Gordezky said, “because … you will be caught in a moment that is unrehearsed, especially if it’s a verbal piece.”

Anna Rose Ii-Epstein, 2007 theatre alumna and producer, said she realized her passion for immersive plays while forming the theatre group Nothing Without A Company with friends from other colleges.

“I’d been doing traditional theatre since the third grade; I got a little tired of the whole black box or audience just sitting there in the dark and not really being involved or put in the space,” Ii-Epstein said.

Director Tonika Todorova, a 2002 theatre alumna, said in 2005 she also started the Silent Theatre Company with 13 friends, 12 of whom also graduated from Columbia.

While the nonprofit theatre organization has since branched out to perform more immersive and verbal shows, it was originally created to produce a single black-and-white silent play.

“We really wanted to go out there with this little play to speak to everybody,” Todorova said, “to get rid of barriers for people who were either not English speakers, or even deaf people, to have an experience that was the same across the board.”

Jacoby said when Windy City Playhouse “took the plunge” and introduced “Southern Gothic,” its first fully-immersive show, there were a lot of risks to overcome in terms of affordability and physical production standards.

According to Jacoby, “Southern Gothic’s” success can be credited to the actors, the directing, the initial buzz of excitement surrounding the play’s novelty and the patrons’ nostalgia for the 1960s—the period when the show takes place.

“The dichotomy, the idea that people can have such wildly different experiences [in the exact] same room [is what makes immersive theatre],” Jacoby said.

In an age of disconnection and desensitization, immersive theatre creates experiences that can revive a person aesthetically, Todorova said.