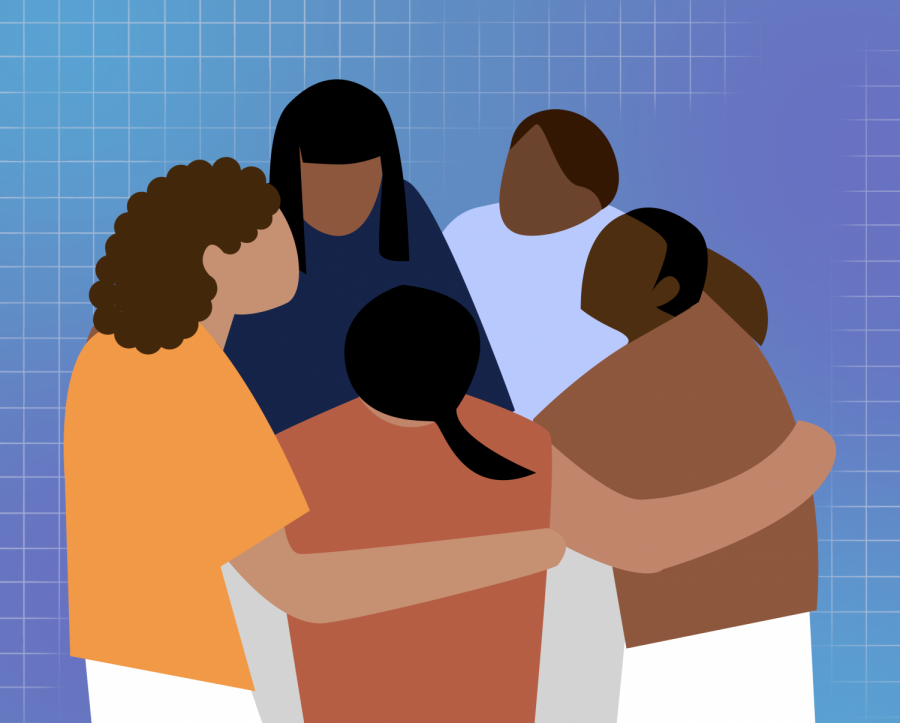 This summer, many young Black people took to the streets in support of the Black Lives Matter movement, expressing anger at the mounting deaths of Black men and women at the hands of  police officers around the country.

In response, student groups at Columbia have developed and held discussions during the fall semester about how Black people factor into American history and how to avoid becoming a victim of police brutality.

The killing of Breonna Taylor, a Black woman shot by police in Kentucky on March 13, 2020, had a profound effect on Kin Marie, president of the Black Student Union and senior marketing major. This resulted in Marie beginning to plan events that would help her and others channel their anger and frustration.

“We’ll have different speaker series where we’ll have organizers and activists on an online channel that will discuss things that are going on around the world, as well as solution-based actions that we can take and improve the situation that is happening,” Marie said.

BSU strives to create a sense of community, despite the limitations of reduced in-person interactions, Marie said. Currently, the organization is making sure it can still embrace the community while creating a digital base for incoming students.

The organization has also elevated female voices in 2020 by appointing Black women to its executive board. This has allowed them to have a space to feel included and for others to hear Black women’s voices.

Beyond BSU, other groups on campus are also looking for ways to incorporate discussions of racial justice into their work, including the Trans Student Union.

“I am always open to suggestions from Black trans students, especially,” said Mikey Emmy, a senior public relations major and chair for TSU. “I know that is not solely their responsibility to tell me what I need to be doing as an ally, but we are open to suggestions.”

On Nov. 11, Emmy initiated an open discussion that was related to racism and racial/social injustice and welcomed Black trans students to join.

TSU is open to suggestions on how to move these conversations forward next semester and how to fully support Black trans people, Emmy said.

“I want to accept and acknowledge that it is my responsibility to take it into my hands to celebrate and uplift Black trans people,” Emmy said.

Isaiah Moore, a senior, applied to be part of Columbia’s Antiracism Transformation Team, which is a place for acknowledgment and insight on how white supremacy and other oppressive systems continue to affect institutional culture and structure.

The team members will be decided by the end of December, and Moore said they felt their voice needed to be heard, and the college needs to be held accountable for not fully supporting Black students.

“I think it’s really important to have students be a part of this conversation as they start programs,” Moore said, adding that these conversations should involve diverse groups of people.

Director of Student Diversity and Inclusion Charee Mosby-Holloway and her team focus on aiding students, while supporting the college’s mission for diversity, equity and inclusion.

The office offers resources like student support programs, such as an online community healing circle for Black students held in response to what happened to Taylor. Students also have access to The Rack—Columbia’s thrift store—and the office provides educational outreach, workshops and training around the issues of diversity, inclusion and equality for the Columbia community.

Mosby-Holloway said Black students in particular are looking for that support on campus on issues they face every day because of their skin tone. She also gives her coworkers, who are students, the opportunity to talk about issues happening on campus.

“It’s really important to us that our student employees are reflective of the diversity of the college,” Mosby-Holloway said. “The students that we have are Black students and queer students—all kinds of identities represented.”

Before COVID-19, Mosby-Holloway said they opened-up their office as a place for students to feel safe, supported and affirmed. Now they do the same thing, but virtually.

She said the office relies on the students to help navigate what is happening on campus.

After working at Columbia for two years, she noticed more students are seeking resources about how to be more inclusive.

“Personally, when Columbia and Dr. Kim came out and said Black Lives Matter [aligns with] the values of our institution, I understand that that’s very powerful,” Mosby-Holloway said.

By holding conversations between students and the DEI office, a deeper connection was formed, offering a sense of community and trust, which tends to be missing on all types of college campuses, Mosby-Holloway said.

“It’s about the people around you and caring for them and being there for them, and if me doing that work helps serve my students better, then I have zero excuse not to do it,” she said.