The Columbia Chronicle • May 3, 2019 • https://columbiachronicle.com/aemmp-records-releases-lake-avernus-new-music-project 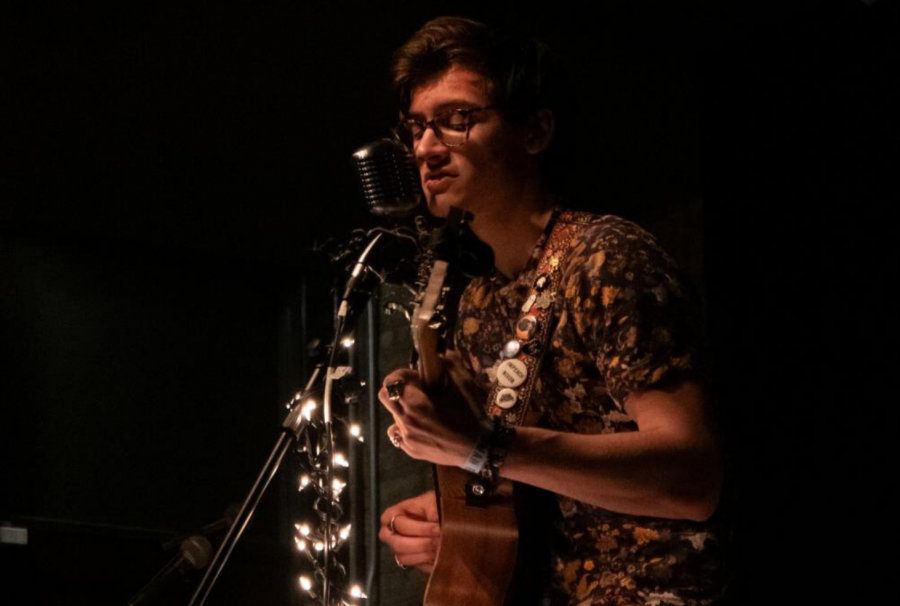 Puzio, a senior graphic design major, released his third single May 2 and third EP May 3 through AEMMP, a student-run record label on campus. Puzio’s stage name is Lake Avernus, and he has been making and releasing music since 2017.

Puzio was raised by an artistic family in New Jersey and said he was naturally inclined to attend Columbia. He said he has always had a love for music and has played guitar since he was a kid.

Puzio plays acoustic guitar, sings and occasionally plays a suitcase drum. He said he had been in a band before and loved it, but his current project is a way for him to get out and sort through his feelings.

“It was never meant to be anything that really touched the ears of anybody else,” Puzio said of his latest project. “Eventually, people I knew ended up finding out about it, and that is why I still do it.”

Puzio said he was encouraged to keep going with his project, but he decided to keep it solo because it allows him to see deeper into himself without any restrictions or fears of other people hearing what he is thinking.

“A lot of my inspiration lyrically and musically comes from things I am afraid of,” Puzio said. “I write about lost love, divorce, abuse—things that kind of terrify me.”

Puzio said his new single “Final Fatal Supporter,” released by AEMMP, is about a single father and his daughter trying to reconnect after a divorce. The father tries fixing what has been broken, but the daughter is unresponsive emotionally.

Puzio was introduced to AEMMP by senior music business major Nancy Mercado, whom he plays music with. Mercado reached out to him to see if he would be interested in allowing AEMMP to help promote his work.

“It was cool to see that he was a well-rounded artist,” Mercado said. “He has been such a fun artist to work with because he has been so relaxed.”

AEMMP was founded in 1982 and is the country’s longest-standing, student-run record label, according to its website. Mercado said the main purpose of AEMMP is for students to be fully immersed and to take charge of their creative and professional ambitions.

Senior live and performing arts management major Liz McDonough said she and Mercado are in the practicum class for AEMMP that essentially runs the record label. The class has two different sections: hip-hop and rock. Mercado and McDonough are in the rock section, which only runs during the spring semester.

“We are trying to showcase local talent and help them in the best way we can,” McDonough said.

“His music touched me, and I have been listening to it ever since. We became friends through music,” Williams said.

Williams said Puzio designed her merchandise for her band, along with her posters for Biggest Mouth. She added that even if students do not focus on music for their major, there are still a number of opportunities for them to create music and perform, including open mics within the Music Department.

Being from New Jersey, Puzio said making music in Chicago is different than back home because almost everyone wants to hear what is going on and who the next person to release new music is.

Puzio said after graduation he plans to pursue his career in graphic design, but he wants to continue to release more music as often as he can.

“I always keep in mind that I do music for myself,” Puzio said. “Everything that has happened so far has just fallen into place for me.”