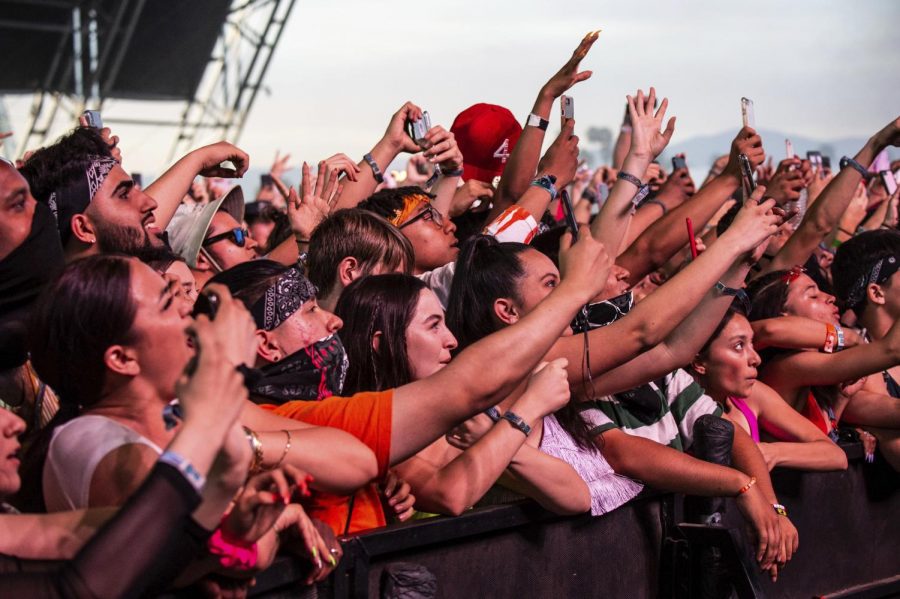 Armand Rome was ready for his first performance through AEMMP Records last week—until the South by Southwest festival was canceled due to increased concern surrounding the coronavirus and ensuing rumors of low attendance also led to the cancellation of the pre-festival, Columbia-based event.

The students who planned to attend SXSW still hoped to hold a live showcase celebrating the signed artists they worked with in their Arts, Entertainment and Media Management Practicum, or AEMMP, after their festival trip was canceled.

The AEMMP: Live showcase was scheduled for Thursday, March 12 as a pre-show for the student-run record label’s trip to the 10-day SXSW festival, said Brett Zera, a sophomore communications major.

For those involved, the cancellation of the showcase compounded the disappointment of missing the SXSW experience.

Alexander Fruchter, an assistant professor of instruction in the Business and Entrepreneurship Department, said the festival is a great experience in terms of marketing and exposure, and he is saddened the students will not have the opportunity to see the strong and diverse music community in Austin, Texas, where the festival takes place.

Fruchter said he attended the festival for the first time in 2008 when he was in college and “felt at home.”

“It was something that showed me I could belong in the music industry,” Fruchter said.

Rome, a sophomore music business management major who is also known by his stage name MUGEN! the Human, said it is hard for him to comprehend the cancellation of the event because he does not feel imminently threatened by the virus. However, Rome said if there are fears among students, faculty and staff, then canceling events such as AEMMP: Live is a smart thing to do.

“I am even worried about Manifest at this point,” Rome said. “Who is to say [it] won’t get postponed or canceled?”

The college is waiting to make a decision on whether Manifest will take place, as reported March 13 by the Chronicle.

“As a school, the last thing we would want is anything to get in the way of Manifest or commencement, but right now we’re in wait-and-see mode,” said President and CEO Kwang-Wu Kim in an interview with the Chronicle.

The single is the first piece of work both artists have created through the label.

Through the AEMMP course, students take on the production of the AEMMP record label and recruit up-and-coming artists, who are oftentimes Columbia students, to provide them with studio space, exposure and opportunities to record and release music.

Students in the year-long hip-hop course have worked with artists who come out of the Chicago music community such as Saba, Joey Purp and Chance the Rapper. The artists either work with the label by being part of showcases and promotional events or releasing music.

Fruchter said through AEMMP, students do everything a record label needs to do in order to function, such as developing a budget, finding and signing artists, creating and releasing new master recordings, marketing, events, distribution and partnerships.

“It is a great class that is really not just a class but a hands-on experience getting in the trenches of a label,” Fruchter said. “The hip-hop side has become part of the whole larger underground hip-hop community. A lot of artists see AEMMP as a place where they can grow and get a start.”

For Gordon, the student-run record label is “a great metaphor for what Columbia is at its best.” He said the college could benefit from incorporating more courses based on the same model that AEMMP uses––placing the students in the industry to do hands-on work.

“As artists, we are part of this class, and we are producing art for this class to simulate a label,” Gordon said.

Being part of the label gives Gordon access to resources he would not otherwise have access to, he said.

With AEMMP: Live and SXSW being the course’s largest events of the semester, Zera said the course will have to shift gears toward their next project of releasing a compilation EP with artists working together as part of the label.

Because of the suspension of in-person classes at the college, Zera said the course and record label are currently “paused,” and students are using the three-week break, which includes spring break, to brainstorm ideas on how to properly transition their work to an online environment.

While the marketing and promotional aspects of the course can easily be done online, Zera is unsure whether any recording can be done in a studio for the next few months.

“Regardless, we will resume the class and digitally promote the EP,” Zera said.