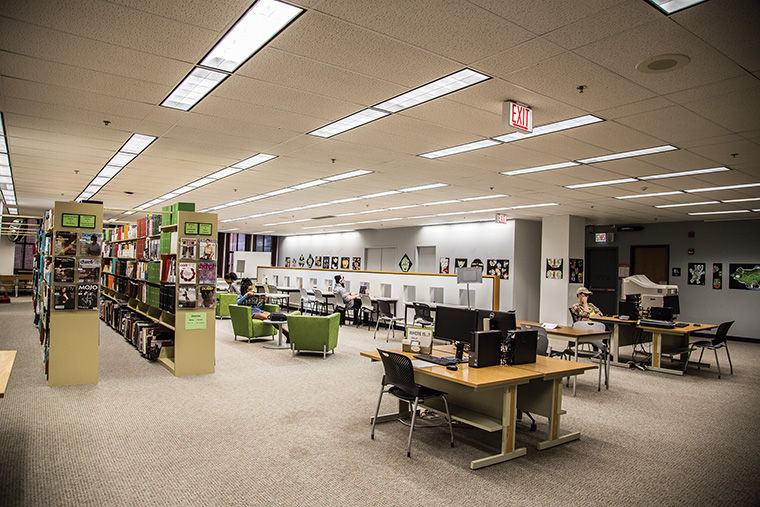 According to the Dean of the Library Jan Chindlund, former Director of Instructional Media Services Horace Jimerson’s trust also left the Library his personal collection of books and media, including ones on African American history and jazz music.

A trust from a former faculty member left Columbia’s Library at the receiving end of a six-figure donation, which will be used to create additional student spaces.

According to Jan Chindlund, dean of the Library, the $150,000 donation came from former Director of Instructional Media Services Horace Jimerson, who died in Fall 2015, leaving the money to his close friend Paula Epstein, a former instructor and resource librarian at the college.

Chindlund said the Library, located in the South Campus Building, 624 S. Michigan Ave., plans to use the money to create a new classroom—a plan conceived years ago but never executed.

“When this serendipitous gift came our way, we remembered those plans, and that seemed to be the one thing that would be the most compelling and long-lasting,” Chindlund said. “We could buy more books, we could buy more databases, but they’re more ephemeral in nature.”

According to Chindlund, this new classroom will accommodate class sizes of 40 or more students, and professors will be able to schedule to use the space in advance for the entire semester. Chindlund added that up to four classes would be able to use the classroom daily between 8 a.m. and 10 p.m.

Miriam Smith, executive director of Alumni Relations and Annual Giving, said the donation was made in Epstein’s honor to enhance the Library’s services, resources, technology and space.

Chindlund said it was Epstein’s affiliation with the Library that influenced Jimerson’s donation. She added that Jimerson called Epstein the “sister he never had.”

Epstein declined to comment as of press time because she said it was Jimerson’s wish not to receive attention for his giving.

According to Chindlund, the Library’s current classroom, located on the second floor, will be named after Epstein, as it was the classroom she taught most in.

“There are not enough classrooms on the campus of a certain size,” Chindlund said, adding that most classrooms only accommodate up to 20 students.

“It’s a really great idea because it’s an open classroom concept that the faculty can use [and] would allow for another classroom space,” Smith said.

“There may have been close to 70 boxes of material,” McGuire said. “It was a large personal library.”

Chindlund said the Library has met with Columbia’s architect Jacob Chartoff, adding that they and will be speaking with people in the IT and facilities departments to plan the new addition.

The main focus is building this new classroom but the Library hopes to invest in other resources if money is left over, she added.

“We don’t know what the price tag is going to be yet, so we don’t know how far this [donation] will go,” Chindlund said. “[The classroom] is our number one priority at the moment.”