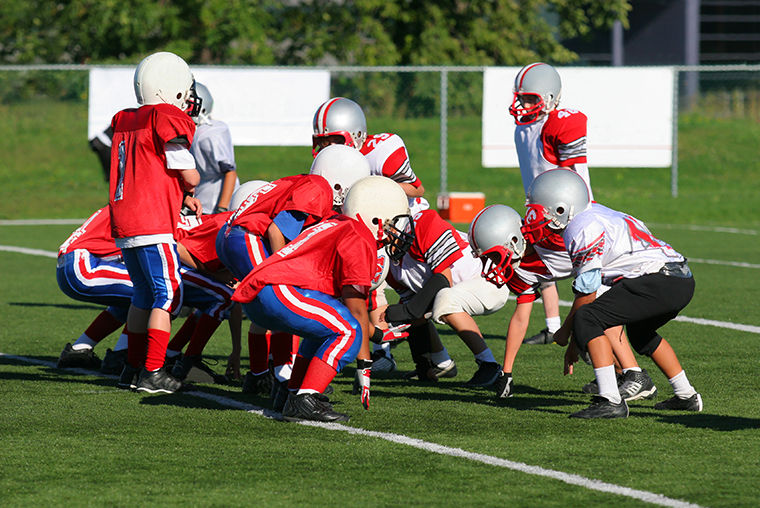 Illinois legislators are attempting to pass a law that would ban tackle football for all children until the age of 12.

The future of youth football is up in the air as state lawmakers look to put a halt on tackle football.

In an effort to reduce Chronic Traumatic Encephalopathy, a brain disease that results from repetitive trauma cases, state Rep. Carol Sente, D-Buffalo Grove, introduced the Duerson Act, House Bill 4341. The bill would ban tackle football in the state for children under the age of 12, according to state legislature records.

“More has to be done in order to decrease the number of people who suffer from CTE and other brain trauma issues,” said Alison Epperson, chief communications officer at CTE Hope—a research group that sponsors other measures to reduce CTE. “We need to explore all options.”

Brains in children from ages 6–8 develop rapidly, and much of their mental skills are established during that period of their lives, according to the Centers for Disease Control and Prevention’s website.

After the discovery of CTE, an estimated 20,000 former players from the NFL sued the league over head-related trauma and problems related to football.

“The more you hit the brain, even just a little bit, you’re going to start [having] inflammation,” said Karen Degel, co-founder of  Stop CTE, a CTE awareness group. “The only way to get [the swelling] down is to not play for a long period of time.”

Other youth sports leagues have taken steps to reduce head trauma. Youth soccer leagues nationwide have eliminated headers, a move in which a player directs the ball with their head, and youth hockey has eliminated checking, a hit to separate the opponent from the puck—both until age 12.

All these leagues eliminated unnecessary contact because it can be dangerous for athletes, Degel said.

“CTE is 100 percent preventable,” Degel said. “Our kids, adults and family members do not need to get CTE. All you need to do is stop the repetitive hitting, and you will not get CTE.”

Despite the proposal’s intent to protect the health of young players, some residents think the proposed law steps over the line and does not allow parents to choose what is best for their children.

There is enough education on CTE available for parents to make informed decisions on their child’s safety, said Katrina Shelton, 38, a student at Moraine Valley Community College in Palos Hills, Illinois, who has four boys who play football, two of whom are younger than 12.

Some youth football leagues can put their children in harm’s way, Shelton said.  However, others are working to improve player safety by educating coaches,  while teaching them basic skill techniques—such as tackling—and ways to play football safely, she added.

Even with her four children playing football, Shelton has never been concerned for her children’s safety during practice or games.

“[People] need to stop looking at it as [if] the state [is] preventing their kids from playing football,” Epperson said. “Instead, [of] the state trying to save their kids’ lives.”