Too many restaurants, not enough city health staff 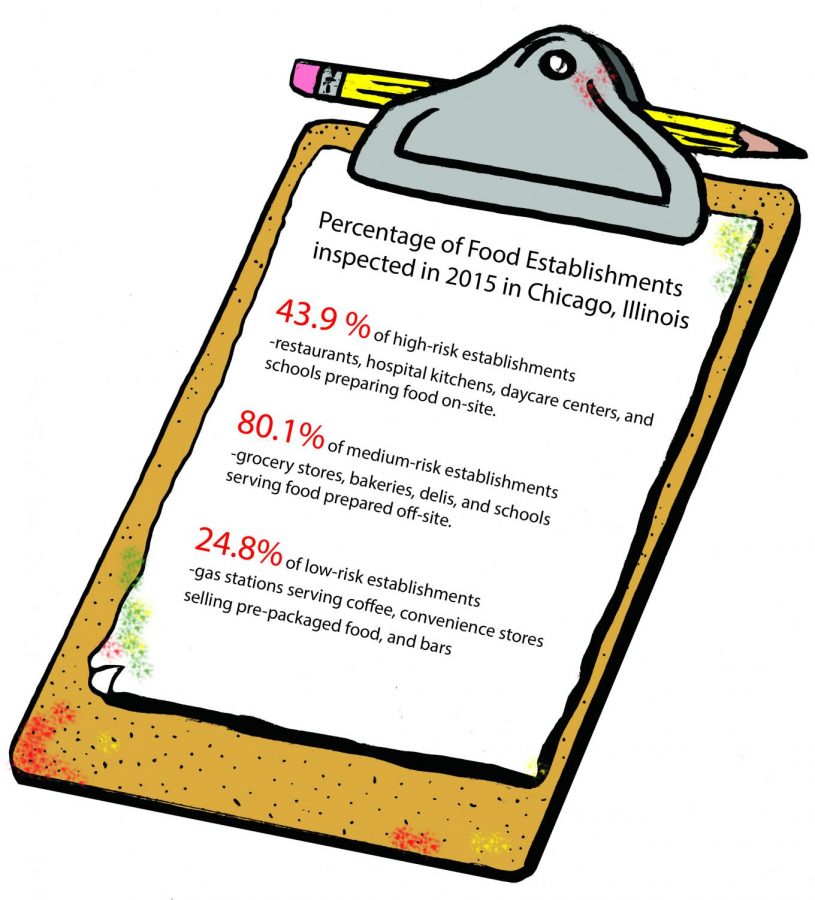 Too many restaurants, not enough city health staff

Fewer than half of Chicago’s restaurants are inspected as often as required by state law and the Chicago Department of Health, according to an audit that City of Chicago Office of Inspector General Joseph Ferguson released Nov. 28.

“[The office is] not testing to see whether inspections are necessary, we are just going in and looking at [whether] the city is doing what it says it is doing,” said Rachel Leven, spokeswoman for the Office of the Inspector General. “According to what [the city’s] rules are, it is not meeting

However, the audit found the department conducted timely re-inspections when violations were identified during initial inspections and  in response to any public complaints about establishments.

“It just depends on the restaurant and how often the higher-ups are checking in to each location,” Morales said.

“While we appreciate the Inspector General’s review, Chicagoans can have confidence that their food is safe because it was prepared in a sanitary kitchen, thanks to the work our health inspectors do to ensure restaurants and establishments across the city meet the health code,” said City Hall spokesperson Lauren Huffman in a Dec. 9 emailed statement. “We are committed to keeping our restaurants clean and our residents safe from food-borne illnesses, despite the fact that we have long faced a lack of appropriate funding by the state to meet their own requirements.”

IDPH, Illinois Restaurant Association and Chicago Department of Public Health  could not be reached for comment as of press time.

Dannel Mitchell, a 38-year-old Chicago resident,  said he thinks city restaurants should be inspected once a month.

“Usually, [restaurant employees] do their job,” Mitchell said. “However, they do not do their job the way they are supposed to do it because people are not babysitting them or laying down the law.”

………. CORRECTION Monday, Dec. 12 at 12 p.m.: The City of Chicago Office of Inspector General spokeswoman’s name was originally incorrectly spelled as “Rachel Levin” when the correct spelling is “Rachel Leven.”