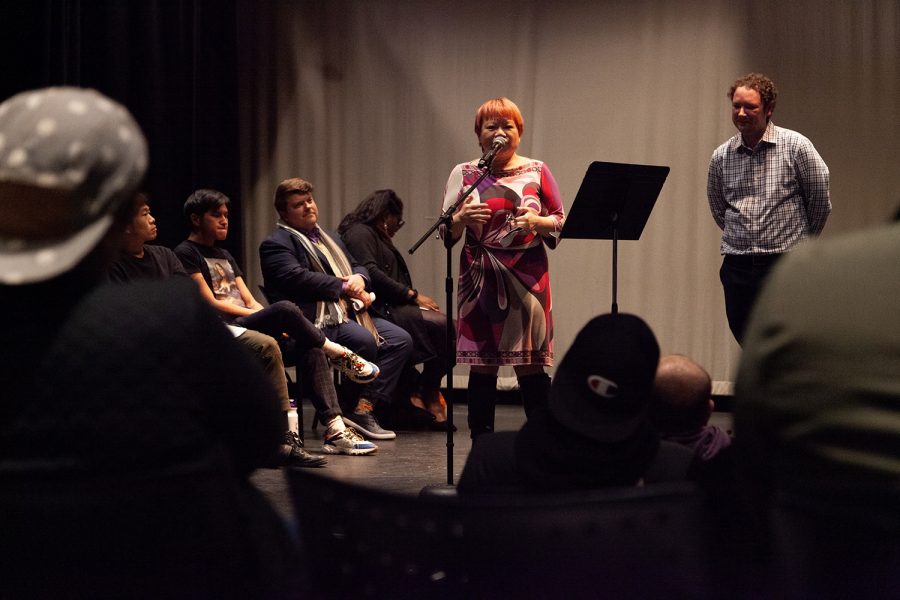 Ada Cheng produced and hosted "Am I Man Enough?" in the Center on Halsted's Hoover-Leppen Theatre, in collaboration with the Anti-Violence Project Oct. 17, 3656 N. Halsted St.

Ada Cheng helped audiences explore what masculinity is, and what it should be Thursday night with her storytelling series, “Am I Man Enough?,”at The Center on Halsted, 3656 N. Halsted St.

Cheng, who produced and hosted the show, in collaboration with the Anti-Violence Project at the Center on Halsted—an organization that empowers LGBTQ+ community members, HIV-affected communities and allies to end all forms of violence—brought together seven storytellers to share their experiences with toxic masculinity.

The show, “Am I Man Enough?,” was performed Thursday night at the Center on Halsted’s Hoover-Leppen Theatre, 3656 N. Halsted St.

Cheng taught sociology at DePaul University for 15 years, but left in 2016 to pursue a career in storytelling and performance. “Am I Man Enough?” is an ongoing series that began in October 2017 and has since traveled to 10 different locations.

“Toxic masculinity refers to the characteristics in … the Western understanding of manhood and masculinity, that when you take them too far, that they would have harmful impact on everyone around them,” Cheng said.

Cheng believes the stories shared Thursday night highlight her belief that the categorization of babies as either males or females at birth is the root cause of toxic masculinity.

“Imagine one group of human beings are encouraged to say, ‘You should develop certain traits,’ and to the other half, we say, ‘You develop half of the traits.’ And that becomes the problem,” Cheng said.

The goal of “Am I Man Enough?” is to educate audiences on the culture of toxic masculinity with the hope that they will continue the conversation.