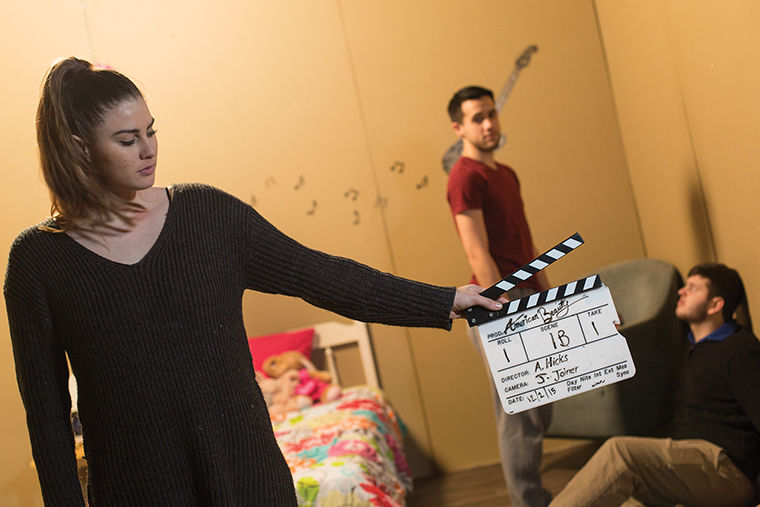 Through the acting and directing courses, students enrolled are able to collaborate on films during the semester, said Wendi Weber, lecturer in the Theatre Department.

A collaboration that began this semester allows acting students to participate in films by directing students as part of the courses they are taking.

After Fraterrigo and Brian Shaw, a professor in the Theatre Department, proposed the idea in November 2011, the first pilot course launched in the summer of 2012, Fraterrigo said.

All sections of the “Acting II: Advanced Scene Study,” “Acting II: Character and Ensemble,” “Directing I” and “Directing II” courses this semester are participating in the collaboration, according to Shaw.

Directing students working on two-person scenes during the semester are assigned two acting students to work with them, said Wendi Weber, a lecturer in the Theatre Department who teaches “Acting II: Advanced Scene Study” and “Acting II: Character and Ensemble.”

Pairing acting and directing students makes the administrative side of the course easier, Shaw said.

“[Assigning] is done on a class-by-class basis rather than trying to get 300 people to collaborate,” Shaw said. “Because of schedules, some acting classes are working with three different film classes. We have made it work.”

For theatre students, it’s a chance to gain on-camera experience with student directors in the Cinema Art + Science Department.

“The need was pretty obvious,” Shaw said. “The difficulty was in figuring out how to organize it and how to administer something so large since the departments are so big.”

Fraterrigo said the collaboration was successful because it was implemented across all sections of the courses.

“The experience for students in all these sections is uniform,” Fraterrigo said “They can go on to more advanced classes having similar backgrounds and prepared to do more advanced work.”

Angelis Lautner, a senior creative writing major in the “Acting II: Advanced Scene Study” course, said it helped him gain more experience in film acting and working with a director.

At the end of the semester, faculty who have taught the courses will have the opportunity to evaluate the collaboration and suggest improvements to be made for future semesters, Fraterrigo said.

“Every time we do something new, it takes a while to work things out and to make it work even more effectively,” Fraterrigo said. “We are going to take off and we are going to get to our destination safely, but we are going to encounter turbulence along the way. Our responsibility is to find out where the bumps are and what we can do to smooth them out.”