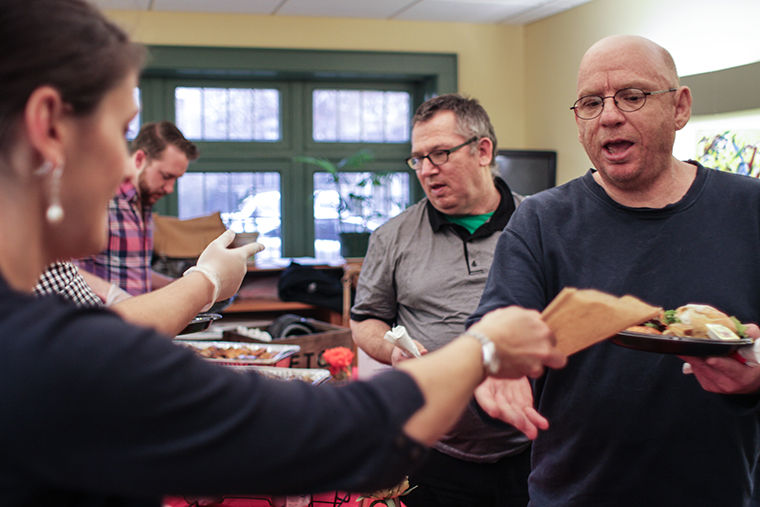 A North Side bar is using its connection to low-income housing facilities to give back to the community through dinners and donations in what the owners are calling their “Uptown Initiative.”

The Fat Cat Bar, 4840 N. Broadway, has been working with Mercy Housing Lakefront, which provides low-income housing throughout Chicago and the state of Illinois, to organize dinners at their apartment buildings and additional activities, according to Howard Natinsky, a Fat Cat partner who has been on the Mercy Housing board of directors since 2011.

“I felt like Fat Cat is well established now, and this area’s changing,” Natinsky said. “Sometimes as things gentrify, you worry about who’s going to be left behind.”

Natinsky said the bar also will begin serving specialty drinks this week, donating part of the proceeds to providing materials for Mercy Housing residents, including sewing machines for the Miriam location’s sewing club.

Natinsky said during the summer the bar  will evaluate additional ways to help based on what the facilities need most.

To continue hosting dinners for larger facilities, including other Uptown apartment buildings that serve approximately 160 people, Mercy Housing Lakefront hopes to encourage other businesses to join the initiative with Fat Cat, according to Jill Roggeveen, director of Individual and Leadership Giving at Mercy Housing Lakefront.

“We wanted to get a couple of these under our belt, work out whatever kinks [and] make sure we have a well-oiled machine so when we look to recruit other partners, we can basically have a packaged product so they can work with that,” she said.

Natinsky also said he hopes the Uptown Initiative will set an example for other local businesses to volunteer to assist Mercy Housing.

“They’re serving as a great model for how to make sense for their business to engage in the greater community and serve those in need,” Brisbin said.

Mark Angelini, president of Mercy Housing Lakefront, said the organization’s board members use  their connections to create strong relationships between Mercy and businesses throughout the city.

Angelini added that he is grateful Natinsky found a way to combine his board work and his business interests to spread awareness of the facilities, especially during the state budget crisis which has left them with less funding for resident services.

“Uptown is a much more diverse community economically and in other ways than it was 20 or 25 years ago,” Angelini said. “It’s more important in that context to keep reminding our residents that they are as valued and important as any other resident in that neighborhood and are seen as such by a local stakeholder like Howard.”

He added that such ventures benefit the neighborhood and bring something unique to the bar.

“This doesn’t always happen—this kind of business,” Schmitke said. “It’s nice to be at a point where I don’t have to beg or force them [to volunteer].”

Robert Harris, a 15-year Malden Arms resident who attended the April 20 dinner, said it is rare for businesses to serve the residents outside of holiday seasons.

Programming is provided by staff members, but Angelini said it is especially meaningful to residents when they are offered outside assistance from the neighborhood.

“We’re dealing with individuals that have had a lot of isolation in their lives, and it really means a lot to them and is a big part of their healing process when someone can come in and say ‘Hey, we want to do a dinner here for you because you’re a valued person,’” Angelini said. “‘We want to get to know and connect with you.’ It’s a very important thing and a key outcome of this initiative.”