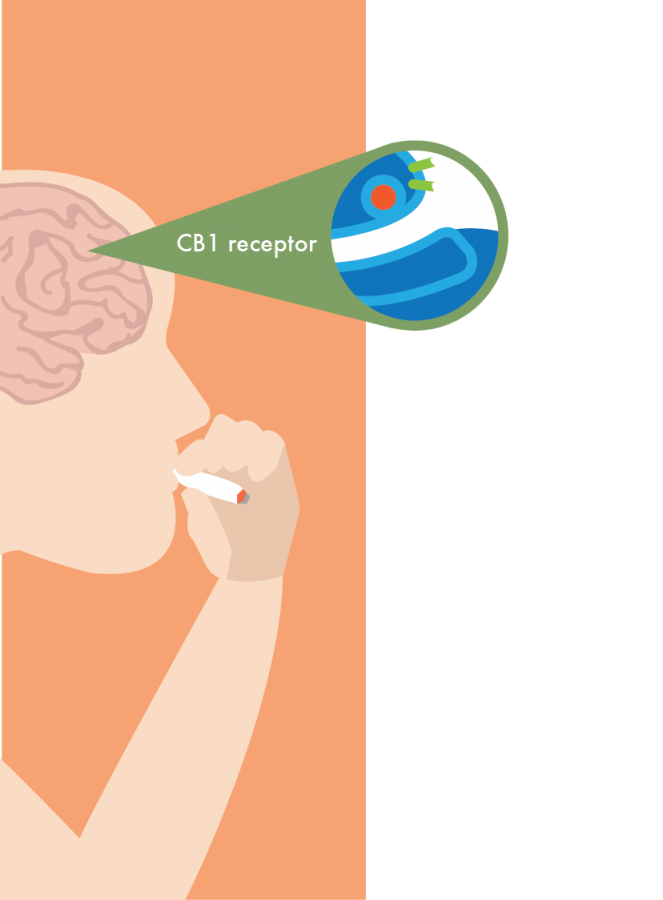 The relationship between marijuana and the sudden hunger smokers experience is a little less hazy thanks to researchers at Yale University. Researchers have discovered the neurological basis for “the munchies,” or the increased appetite that occurs as a side effect of smoking marijuana. The study, published Feb. 18 on the journal Nature’s website, found that when activated by marijuana, the neurons in the brain that typically suppress appetite trick the brain into thinking it is hungry, regardless of how hungry the person actually is.

“If those neurons are turned off in response to exposure to cannabinoids which are known to promote hunger, what we found was that it was the exact opposite of what we anticipated,” said Tamas Horvath, lead author and professor of comparative medicine at Yale University. “These cells that would normally promote your fullness became the drivers of hunger. What happened is the cannabinoids flipped the brain circuit that governs eating and all of the sudden, the guy who is supposed to be the brake becomes the accelerator.”

Researchers in the study injected the cannabinoid CB1—a type of lipid found naturally in the human body and in marijuana—into the brains of mice. Researchers discovered that CB1 prompted nerve cells, specifically pro-opiomelanocortin (POMC) cellls, to secrete hormones that promote appetite, even though those cells typically secrete appetite-suppressing neurons. According to the study, when POMC activity was limited by researchers, the mice did not eat.

“The novelty is that you really flipped the [brain] circuits’ function 180 degrees, which was not known before that,” Horvath said. “That would be the underlying cause for overeating in response to cannabinoids once you are in a state of fullness.”

If further research proves that the same is applicable to the human brain, Horvath said the study’s findings could be used to develop novel methods of treating those afflicted with diseases that suppress appetite completely with medications.

“It suggests that when you are in situations where you have no appetite, such as cancer patients or HIV patients, that potentially you will have a novel avenue to make them eat and have them fight diseases,” Horvath said.

Francesca Filbey, an associate professor at the School of Behavioral and Brain Sciences at the University of Texas at Dallas who studies neural mechanisms, suggested:

“One particular use this study could certainly have implications for is the mechanism that [scientists] could target for enhancing the positive effects of cannabis,” Filbey said. “For instance, there has been a drug in Europe that has been used to try and suppress appetite in individuals that have problems with weight. In a way, this study could inform us how those mechanisms might be used for the same goal.”

The study is novel in terms of furthering the understanding of marijuana’s effect on the mind and body, Filbey said.

“It’s definitely the first to discover these mechanisms, and it’s important because it’s going to lead, hopefully, to better targets in terms of appetite controls in humans,” Filbey said. “[The study] really demonstrates how the effects of THC seem really systemic so it does, in fact, affect many systems of the brain.”