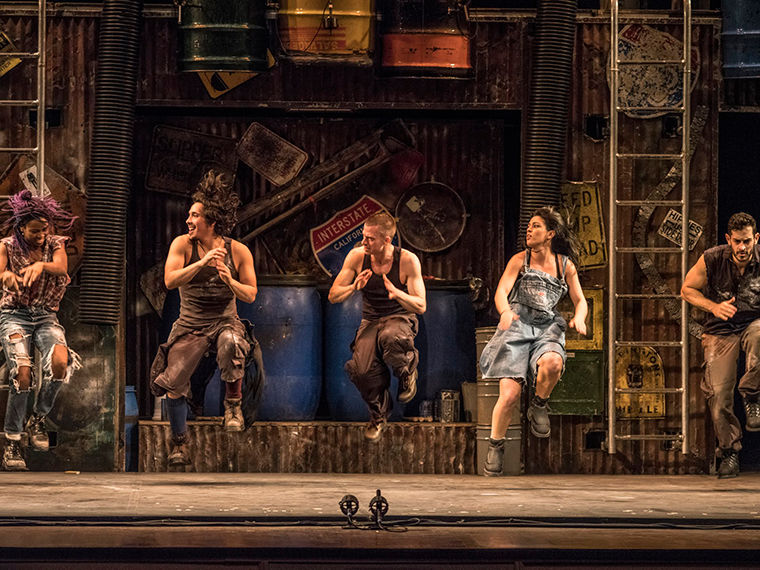 Chicago native Artis Olds started stepping in front of an audience in fifth grade. His passion grew from there, especially after he joined a fraternity at Central State University involved with stepping.

Stepping is more than just dancing or moving on stage—it is a performance technique that creates rhythms with a mixture of footsteps and claps.

Olds is touring with STOMP,  a stepping group that uses everyday objects to make music. STOMP will be in Chicago Dec. 5 through Dec. 30 at the Broadway Playhouse at Water Tower Place, 175 E. Chestnut St.

Olds discussed his Chicago background, his history in the art of stepping and his time in STOMP with The Chronicle.

THE CHRONICLE: How did growing up in Chicago influence you as an artist?

OLDS:One of the things about STOMP I’ve enjoyed was when I was training in the show, it takes on sounds of the city—the moving parts, the traffic. When you close your eyes downtown, hearing the city, there is something about that same music that translates to big cities all over the world. Chicago [is] definitely one of those cities. The music of the city is what you hear in the show.

How did you get into stepping?

When I got into college, I became a member of Alpha Phi Alpha fraternity. While I was there, I was a part of a chapter that was into stepping. We actually went on to win the Sprite Step Off two years in a row, which was the largest step competition to ever exist. It was for a grand prize of $100,000. After that, I joined the first professional company dedicated to stepping, called Step Africa! based in Washington, D.C.

How would you describe the STOMP show?

STOMP is a journey of a show. As an audience member, you have a chance to identify with the characters you see onstage. It’s funny in a way that most people probably don’t expect, and that’s all happening with no words. That’s always one of the things that’s huge for me. There is no dialogue in the show, but there’s clearly a conversation.

What has been the most difficult part of preparing for STOMP?

Training for the show is definitely a task because it’s the type of show where there is no one set skill you’re looking for. It’s a skill set that no one has until you come to the show and train for it. The biggest thing is coming into it with an open mind and not being afraid to fail. It’s one of those things where if you are afraid of failure, then you’re never going to get good at something new. STOMP forces you to learn to be good at something you’ve never done before.

What objects do you use in STOMP?

We use all types of household objects. We use brooms, dustpans, trash cans, trash can lids, kitchen sinks—a little bit of anything we can get our hands on. STOMP shows how accessible music can be because we can pick up just about anything and make music out of it, even a newspaper. Music is all around us; all we have to do is choose to listen.