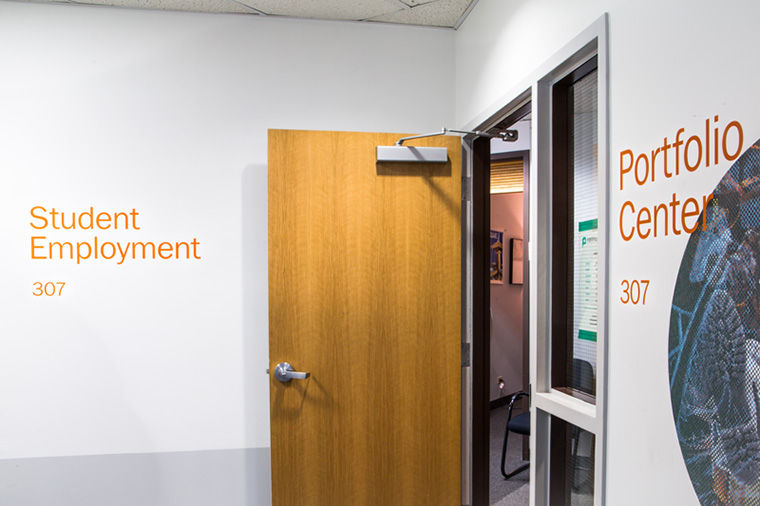 To focus more on career outcomes, the college is merging the Portfolio Center and the Student Employment Office with the internship program June 1.

The Portfolio Center will merge with the internship program and the Student Employment Office, forming the new Career Center June 1 to create a centralized career development system.

“This is a big, difficult decision for the college to change culture, to shift responsibilities, but we are doing it because we all agree that this is a priority,” said Mark Kelly, vice president of Student Success.

Kelly said he hopes the Career Center will become “a national leader in how one works with students in creative practices and helps them translate those skills into the real world.”

He noted that the center will have different levels of career counseling, from general assistance to advanced professional counseling.

Kelly said many departments have abandoned internships as a central educational pathway, but partnering internship coordinators with advisors will encourage students to seek out internships. Kelly said he hopes more than 50 percent of students will obtain internships compared to the current 20 percent.

The college has not yet determined the location of the center, but Kelly said the new facility will need to be in a compelling area that speaks to students, alumni and various industries. He said those involved in the new center have met to discuss possible locations.

Christie Andersen Asif, executive director of Career Initiatives in the Portfolio Center, will lead the new Career Center. She said the new system will allow the college to unify internship policies and clear up confusion for students. She said, at present, internship credits and policies can differ by department, sometimes making it difficult for interdisciplinary students to receive the correct college credit.

The Career Center is also set to bring together 23 professionals focused on career development from across the college and add a couple of new positions, Kelly said. The college budget is currently tight, but he said the college sees the new center as a top priority.

Jennifer Halperin, internship and special projects coordinator for the journalism program within the Communication Media and Innovation Department, said she looks forward to coming together with other like-minded professionals to enlarge the pool of internships and jobs students and alumni are offered in the industry every day.

Consolidating all career development professionals in a single space will allow them to bounce ideas off each other, Halperin said. It will also improve how coordinators promote internships and attract prospective students and potential employers to the college.

“With one voice we can say ‘look at what these Columbia stars are doing,’”

Melissa Gamble, a lecturer and internship coordinator in the Fashion Studies Department, said she will remain in the department and will not move to the Career Center as her role and responsibilities shift more toward teaching. She said she has not received any specifics about the structure of the new system.

“It is going to be an important team effort between those in the Career Center and those in the department,” Gamble said

Julie Harris, an internship coordinator in the Communication and Media Innovation Department, said creating meaningful, personalized connections is not just tied to one place but can be created in any space, which she said includes the Career Center.

Jesse Betend, a senior radio major, said when he first arrived at the college, Tom Joyce, the internship coordinator in the Radio Department, introduced him to the department and had him volunteer immediately at the college’s annual

He is graduating this semester, but Betend said he still worries about the future of the department because students might be less likely to have the opportunity to interact with Joyce daily.

“I have had an amazing experience with my internship coordinator,” Betend said. “I fear that others might not get that.”

Kelly said the new center will not focus its resources solely in Chicago but nationally.

“[Columbia is] one of the most important incubators of creative talent any college in the country,” Kelly said. “The country needs to better understand that.”