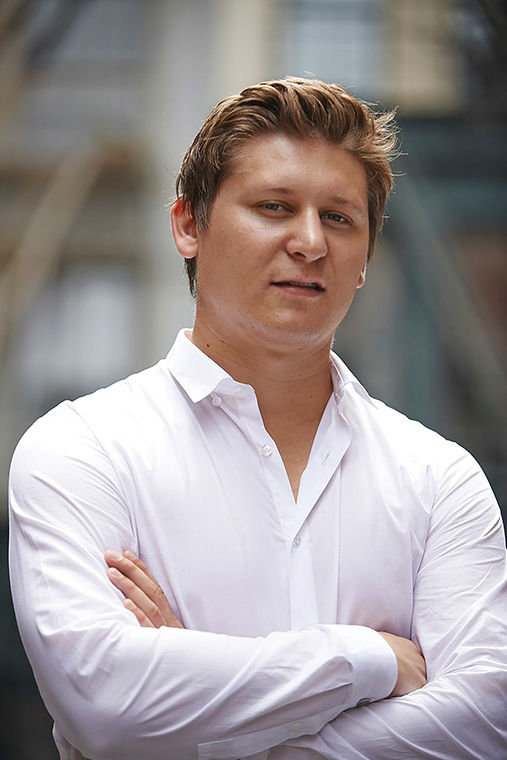 Kyle Heller’s company, Cinematique, was listed as one of the world’s most innovative video companies in 2015.

Kyle Heller, a 2008 film + video alumnus, is the co-founder of start-up company Cinematique, an online screening platform that has been identified as one of the World’s Top 10 Most Innovative Companies of 2015 in Video by Fast Company, a tech and design business publication.

Cinematique, a video-watching website and phone app in which a viewer is able to interact with footage by touching the items on the screen, was launched in 2013 with the mission of enhancing the cinematic experience using interactive video technology. Through the Cinematique platform, Heller said viewers can select items of interest as they move across the screen without disrupting the video. Once the video is complete, the viewer has access to a personalized boutique of items, which may include behind-the-scene footage, information about the actors and the ability to purchase featured apparel, he said.

“[Cinematique] is meant to tell richer stories, keep audiences engaged in the content and evolve the cinematic experience,” Heller said.

Cinematique was named No. 7 on Fast Company’s list and was ranked among conglomerate companies such as Disney, Vimeo and Dish Network.

“[Being recognized] lets people open their eyes to the possibility of what this can be and how this can change experiencing video,” Heller said. “This opens doors for us in terms of new customers or people realizing that we are here for business.”

Cinematique benefits manufacturers by giving them access to viewers’ rankings, helping to identify the most-selected items, Heller said. This makes the interactive video experience appealing for fashion partnerships because they are able to view which items are popular in their market, he said.

Cinematique has partnered with nearly 300 brands, including Louis Vuitton, Gucci, Stella McCartney, Kate Spade and Gap, and has contributors working from cities such as New York, Los Angeles and Hong Kong, according to Heller.

The company has recently launched its mobile app and plans to bring the interactive video experience to public spaces, Heller said.

“We believe in making this more available to people everywhere, pushing the boundaries to where this could be accessible and bringing the value to the viewers so that it’s everything that they ever wanted at their fingertips,” Heller said.

Heller said Columbia played a significant role in establishing his career because the college prepared him to be a professional by incorporating  hands-on approaches and real-world scenarios into its curriculum.

“We are preparing well-educated students who are ready to go out and make their mark in the world in a very broad way, in both the creative industries and beyond,” said Mark Kelly, vice president of Student Success. “[A successful student is] someone who has confidence, really tested reality and knows that they have something to offer.”

After much trial and error working with Los Angeles agencies, Heller said he became notably successful in the film industry in 2010 for establishing a commercial, film and production studio called Varient based in Los Angeles. Varient has produced more than 50 commercials, music videos and feature films. In the meantime, Heller said he was building Cinematique for nearly two years before its June 2013 launch.

Heller said he explored his innovative thinking by partnering uwith Randy Ross to create Cinematique, which Heller said has the ability to make the viewer feel deeply connected to a video.

“[Columbia] is not putting people out to compete for existing jobs,” said Bruce Sheridan, chair of the Cinema Art + Science Department. “It puts people out to create new work, and Kyle is a great example of that.”