Nothing ‘strange’ about ‘Doctor Strange’ 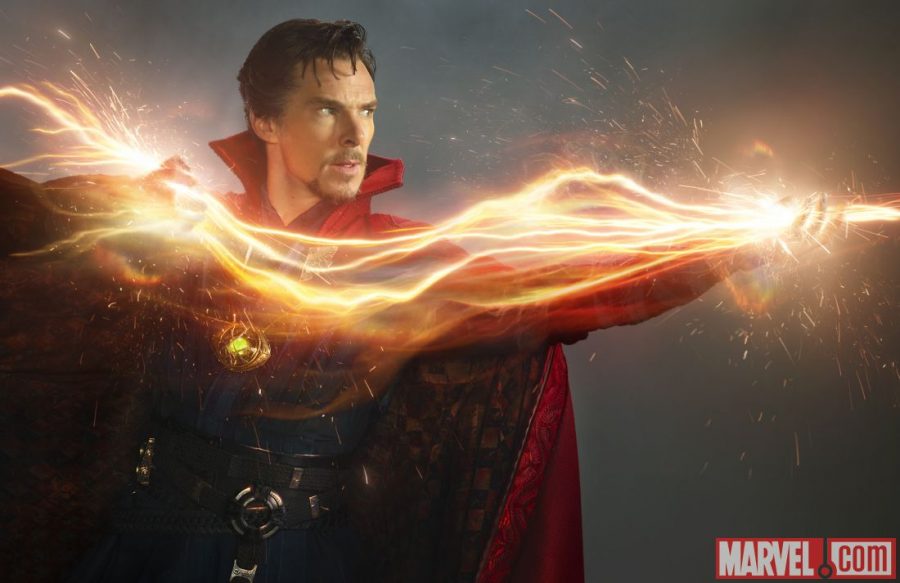 Marvel’s most recent effort, “Doctor Strange,” released Nov. 4, plays it safe in all categories but the visual effects.

“Doctor Strange,” Marvel’s latest attempt to bring another obscure superhero into the mainstream has no surprises: a charismatic hero must stop an ultimate baddie who is trying to summon an even more evil being.

“Doctor Strange,”released Nov. 4, is the “Avatar” of superhero flicks, a beautiful romp through space, time and dimensions with incredible CGI. But just like “Avatar,”  there are few reasons to remain invested in its uninspired plot.

Eccentric millionaire surgeon Stephen Strange (Benedict Cumberbatch) is quickly thrown into a car crash that costs him his hands’ motor function. Surgeons need their hands to work, so Strange embarks on a pricey journey to find a cure for his affliction. Cumberbatch, of “Sherlock” fame, plays Strange as well as can be expected, and Rachel McAdams plays Christine Palmer as the classic Marvel love interest.

Using his last few bucks, Strange makes his way to a mystical palace to heal himself, where he discovers magic and interdimensional travel. The Ancient One, played by a bald Tilda Swinton, teaches Strange his powers in a trippy flight through shifting planes and realms.

None of the action scenes are anything to write home about; the fighting is on par with every other Marvel film and does not stand out. Director Scott Derrickson did not skimp on jaw-dropping moments, but he missed opportunities for truly fleshing out the supporting cast by focusing too heavily on visual wonder. However, it cannot be overstated how impressive the effects are. Time slows to a crawl as Strange enters the astral plane, entire cities spin in the air with kaleidoscopic edges, and portals are opened and closed in instantaneous and blinding flashes.

Unfortunately, the score is not on par with what Michael Giacchino has done in the past with TV series “Lost,” and is easily ignored, serving as nothing more than a fitting, if not safe, accompaniment.

There is a lot to love in the visuals, though. The climax, which features the heroes and villains fighting while the world around them moves in reverse, is a sight to behold. There is no shortage of “how did they do that?” moments as the CGI blends perfectly with the live actors.

One thing that has always set Marvel movies apart from the grim, dark DC brand of superhero flicks is their humor, of which “Doctor Strange” has a reasonable amount. Supporting characters provide most of the comedy, but Strange bickers with his sentient, magic Cloak of Levitation and cracks a few one-liners throughout the movie.

The pace of the film is right where it should be, with just enough epic set piece moments punctuated by cookie-cutter plot development sequences. With a 115-minute runtime, “Doctor Strange” comes up a little shorter than most recent superhero movies, such as the two-and-a-half hour “Captain America: Civil War” and “Batman v. Superman: Dawn of Justice.” It is refreshing to see a superhero film that is not so self-serious and dragging.

Popcorn munchers and theater-goers will more than likely be satisfied for one viewing—and, make no mistake, the effects warrant a big-screen watch—but there is nothing memorable past the spectacle.