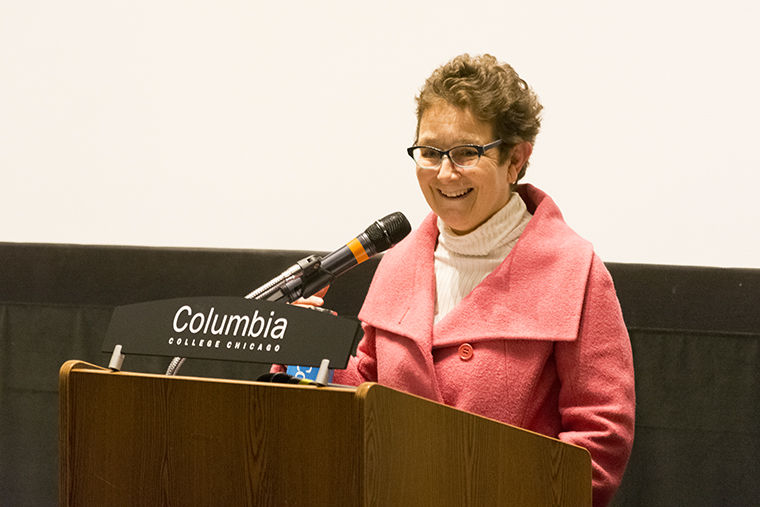 President and CEO Kwang-Wu Kim’s provost selection, which will likely be announced in March, will mark a distinct path for the future of Columbia and its leadership.

Kim said the differences between the two candidates’ leadership style and personality are stark.

“[Lourdes María Alvarez] tends to lead more with an emotional awareness. Marcella [David] is more analytic. Each has the other skill set as well, but that is how they lead,” President and CEO Kwang-Wu Kim said.

Mary Filice, associate professor and chair of the Business and Entrepreneurship Department, celebrates the differences between candidates, whom she was able to assess during meetings before their presentations.

“We aren’t having to make a decision based on some strange nuance,” Filice said.

She added that having two quite different candidates offers a clearer choice.

Despite their differences, both candidates recognize the challenges Columbia faces, including inspiring efficient communication between faculty and administration, a priority that both Alvarez and David mentioned.

“Front-line people best know what’s going on and maybe have the most elegant solutions to problems,” Alvarez said during her Feb. 7 presentation. “That dialogue, that communication, is really key.”

A 1989 graduate of the University of Michigan Law School, David continues her love for teaching and practicing law today.

David’s administrative experience began at the University of Iowa as Associate Dean of Admissions in 2003. She remained at Iowa until 2015, when she left to become provost at Florida Agricultural and Mechanical University. Currently, David is a visiting professor of law at Florida State University, as reported Feb. 8 by The Chronicle.

Alvarez started her professional career in 1993 as an assistant professor of Spanish at Bard College in New York, as reported Feb. 8 by The Chronicle.

Most recently, Alvarez served as the dean of the College of Arts and Sciences at University of New Haven. She stepped down in December 2017, and is currently on sabbatical.

Both David and Alvarez found the diversity, equity and inclusion effort at Columbia refreshing and unique among educational institutions.

Most universities’ diversity goals are limited in attempting to increase the representation in the student body, staff and faculty by merely sending out invitations to diverse groups and then considering their work done, David said.

“Columbia College’s diversity commitment is significant because it takes that step of thinking [of] diversity inclusion not as a series of discreet initiatives but as a holistic challenge,” David said. “Not, ‘How do we help them fit in?’ but, ‘How do we become more diverse and inclusive?’” she added.

Before he decides, Kim hopes to receive feedback from the 19 members of the provost search committee comprised of faculty, students and administrators and an online questionnaire open to faculty.