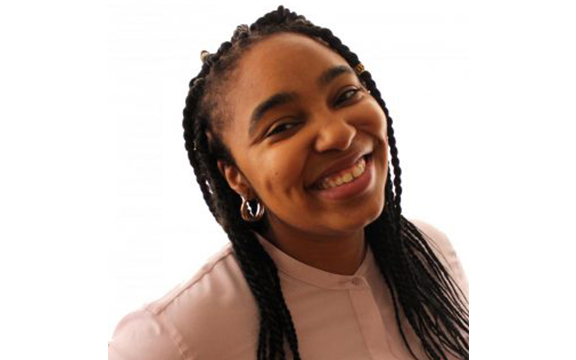 Growing up with a Nigerian Muslim mother and a black southern Baptist father in an all-girls, majority white Catholic school, Hafizah Geter, 2010 MFA poetry alumna, has always questioned where she belongs.

An award-winning poet and editor, Geter is exploring what it feels like to be “other” in America in her in-the-works poetry collection. She writes against a political backdrop concerning issues such as immigration and inequalities for those in America who have grown up with a melting pot of identities.

Geter spoke with The Chronicle about the influences of nationhood and politics on her work, as well as what it’s like to be a poet in 2018.

THE CHRONICLE: How did the South influence your work?

GETER: I became engrossed with Southern literature. One of the tools with writing is if you want to be a better writer, read more, and if you’re having writer’s block, you’re not reading enough. It wasn’t until I was in the South that I really got involved with Southern writing, and it’s some of the most impactful, most amazing writing there is. The way Southern writing atunes itself to the idea of place and land was a big impact. Pat Conroy, one of the first writers that I ever became obsessed with, the way he attuned himself to land and place and how that was also a fundamental part of identity, that definitely shaped how I write, and how I consider my father’s land of the American Jim Crow South to my mother’s land of Nigeria.

How do you connect your subject matter to current events?

I’m writing about nationhood, belonging [and] Islam. That is very relevant to this present time when we are in a war against people who are “other”— there’s a war against immigrants, there’s a war against Latinx, against black Americans, anyone who is “other.”’ I remember after 9/11 happened, it was my first awareness of Islamophobia, [which] became so popular in the dominant culture [of] this terrorist rhetoric. It was such a

surprise to me because I had no concept of that kind of Islam. My mother was Muslim, so seeing how a national narrative could pervert or demonize something that’s out of the construct of whiteness, I think my work really tries to push against that narrative and speak of the Islamic identity as a healing place.

What do you think when people say you’ll be broke if you’re a poet?

You can be jobless and broke and be anyone. When people say that, it’s a very reductive comment that ignores [how] job opportunity is based on your identity. You can have a master’s and be unemployed because your name sounds too black. I have an undergraduate degree in English, and it has allowed me so much flexibility because at the end of the day, people don’t write ads in numbers and the world uses words. Someone has to write them.

How is the poetry community becoming more diverse?

People of color are kicking the doors in to make it happen. People of color have been locked out of so many spaces, as well as LGBTQ people, so we’ve created our own. People are like, “Poetry is dying,” but one of the things that has stopped poetry from dying is people of color, because they can reach so many people. White spaces have now become more diverse in order to stay alive.