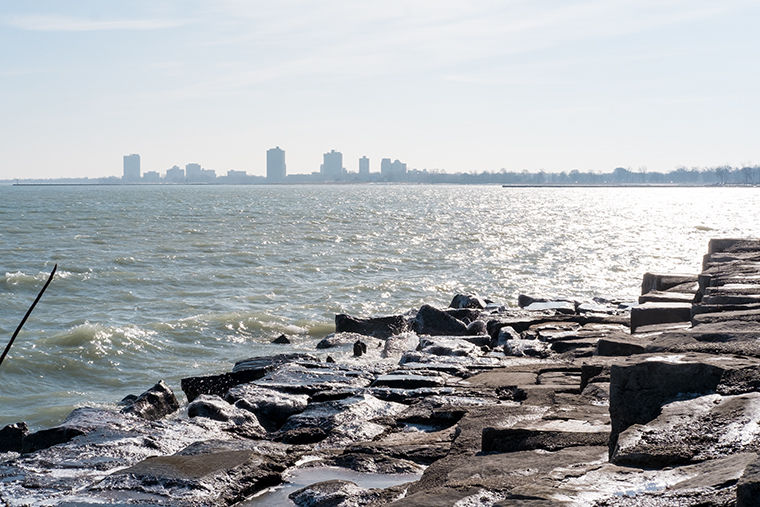 The City of Chicago is the second entity to sue U.S. Steel, a corporation that sits across the lake in Portage, Indiana, visible from Promontory Point in Hyde Park. U.S. Steel violated its clean water permit when it discharged chromium into the lake last year.

After public outcry and a lawsuit from the Surfrider Foundation—a nonprofit environmental organization that works to protect water—Mayor Rahm Emanuel and Chicago Corporation Counsel Ed Siskel filed a city lawsuit against U.S. Steel for violating the federal Clean Water Act Jan. 24, according to a city press release.

Both Surfrider and Chicago are suing the company, which has a plant on Lake Michigan’s south shore in Portage, Indiana, for allowing a pollutant called hexavalent chromium to discharge into the lake.

“Chicagoans rely on Lake Michigan for our drinking water, as an economic engine and as a recreational asset,” Emanuel said in the press release. “We will not stand idly by as U.S. Steel repeatedly disregards and violates federal laws and puts our greatest natural resource at risk.”

Mitch McNeil, chair for the Chicago chapter of the Surfrider Foundation, said he has been surfing in Lake Michigan’s south end near Indiana for more than 10 years. The water was always dirtier near U.S. Steel, he said, and many surfers he knew were getting infections or skin rashes after being in the water.

“It’s hard not to notice the giant smoke stacks,” McNeil said. “[The industrial pollution] is very visible and you sense it in every way. You hear it, smell it [and] taste it.”

According to Environmental Protection Agency records, U.S. Steel’s Midwest Plant in Portage illegally spilled nearly 350 pounds of chromium into a small waterway that feeds directly into Lake Michigan in April 2017.

The investigation by the Surfrider Foundation, represented by the Abrams Environmental Law Clinic at the University of Chicago, found that a similar illegal discharge happened in October 2017. Robert Weinstock, a supervising attorney with the Abrams Clinic, said when U.S. Steel reported the October chromium discharge to the Illinois Department of Environmental Management, the company asked to keep the information confidential and secret.

“Almost every industrial discharger along that stretch of Michigan has violated its permits in the last several years and no enforcement action has been taken,” Weinstock said.

Weinstock added that many companies are following their Clean Water permits, but regulations are not tight enough and some companies are still putting harmful chemicals into the water. The facilities are also only inspected once a year.

Weinstock said the lawsuit is an important piece of legal action taken by citizens who rely on Lake Michigan because they “cannot rely on state or federal regulators to protect us even though it is their job to do so.”

Cathy Stepp, the new regional EPA director whose territory covers most of the Great Lakes, is coming into the position with a “reputation of being easy on polluters,” McNeil said.

“We want the EPA to be on our side,” McNeil said. “There is a thin line of regulation and enforcement that protects the lake from being a cesspool. The EPA is supposed to help people like us, and if that is not the case, we got some real problems.”

Jennifer Caddick, spokeswoman for the Alliance for the Great Lakes, said the organization supports the lawsuit against U.S. Steel, and is working on its own state and federal efforts to keep the lake clean with legislation to ban the manufacture and sale of microbeads—used in personal care products—that pollute the lake.  Illinois was the first state to pass legislation banning microbeads in 2014.

“[It is important] to have a partnership with citizens, community groups, local governments and federal agencies to figure out how all of our entities can work together,” Caddick said. “We all have a part to play in keeping the great lakes clean and safe for future generations.”