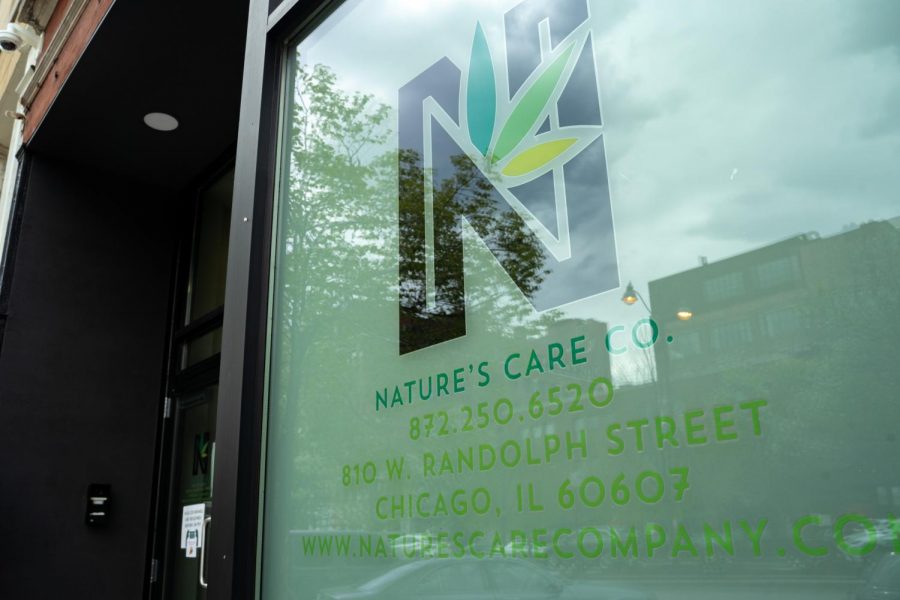 Recreational marijuana sales in Illinois have seen a record level of success with dispensaries pocketing more than $109 million during the first three months of 2021, but what has not changed is the lack of dispensaries owned by Black or Latinx individuals and other marginalized people.

“A lot of it comes down to the barriers to entering into the cannabis industry more broadly,” said Peter Contos, advocacy coordinator at the Cannabis Equity Illinois Coalition. “There are also things that the state did that made it more challenging to get into the industry.”

As marijuana enters its second year of recreational sales in Illinois, organizations and lawmakers are continuing to push for equal opportunities and pointing out the flaws in past legislative decisions made by the state.
The equity issue
Less than 2% of all dispensary owners in Illinois are Black or Latinx, and less than 20% are women, according to a June 2020 report by the Illinois Department of Financial and Professional Regulation.

When the state permitted medical cannabis, Pamela Althoff, executive director of the Cannabis Business Association of Illinois, said the individuals evaluating the applications did not know any personal information about each cannabis firm that applied, meaning factors like race and ethnicity were not used during the evaluation process.

As a result, the majority of licenses were awarded to white male applicants, while only a few minority applicants won. All of those licenses were sold to make more money on the sale of their dispensary, Althoff said.

Contos said it is a problem when companies outside of Illinois have the capital to buy out independent operators because the market can become saturated with these larger companies and leave little room for local entrepreneurs and minorities.

For example, local dispensaries like Midway Dispensary and MoCa Modern Cannabis each sold their Chicago locations to Ascend Wellness Holdings for approximately $30 million, while The Herbal Care Center was acquired by Verano Holdings for $17.5 million.

When filing applications for dispensary licenses, Gary Little, a chief executive officer of ColaGroup—a financial management firm working with cannabis-related businesses—said it can cost upward of $250,000 for someone to assist with the process.

“I’m fortunate enough to have an education and a background that can really assist me with a lot of those things,” Little said. “I just feel for folks who are truly impacted. That’s tough to navigate.”

Contos said inequity is also caused by cannabis-related businesses not having access to traditional banking services like depositing money or acquiring financing because cannabis itself is still an illegal substance under federal drug laws.

Many entrepreneurs are met with a financial barrier to funding their business since they need upward of $5 million to $10 million in liquid cash to fund something that might not work, Contos said.

Since they can’t go to the bank, cannabis business owners end up turning to discretionary income or investors to fund their businesses.

Althoff also said because of the delay of receiving a license due to COVID-19, many minorities and entrepreneurs who found investors are now losing them due to the wait and need more independent investment options.
Right intentions, but unbalanced outcomes
Althoff, a former Illinois state senator, said after the state passed the Compassionate Use of Medical Cannabis Program Act in 2013, politicians wanted the legalization of recreational marijuana to allow Social Equity Applicants who were disproportionately impacted by the War on Drugs to have better access to licenses.

These include individuals in the business who were or have an immediate family member who was charged with or incarcerated for a cannabis-related crime; people who live or have lived in disproportionately impacted areas for five out of the last 10 years; and businesses that promised to hire more than 50% of their employees from disproportionately impacted areas, as determined by the Illinois Department of Commerce and Economic Opportunity.

In order to qualify as a Social Equity Applicant, a business only needs 50 out of 250 points to receive support services from the state of Illinois, like reduced application fees and technical assistance. But to be awarded a license during the state’s recreational dispensary application process, businesses were required to match all the criteria. Businesses receive points by qualifying under the requirements.

While negotiations for recreational marijuana were still underway in 2019, Althoff said other politicians wanted veterans to be included as Social Equity Applicants, and it was later drafted into the Illinois Cannabis Regulation and Tax Act. But what was not taken into account was the state’s scoring system to determine which applicants were in need of social equity.

“I don’t believe that even the legislature understood that at the end, when all those provisions were ultimately drafted into a bill, it required a perfect score, and part of that perfect score was the inclusion of a veteran,” Althoff said.

This led to only 21 out of 4,518 applicants receiving a perfect score for Illinois’ 75 adult-use dispensary licenses in the state’s first lottery back in April 2020, as reported by the Chicago Sun-Times on Sept. 3.

The state anticipated that adult-use licenses would be awarded by May 1, 2020, but because of COVID-19 and issues surrounding the state’s scoring system, the licenses have still not been awarded, Althoff said.

This created a significant advantage for existing players in the Illinois cannabis industry, which Contos said can double businesses’ footprints and give them a head start into other aspects of the industry, like brand familiarity or relationships with cultivators.
Finding solutions
As a way to ensure cannabis dispensaries are communicating with the communities in which they operate, Contos said when the Illinois Cannabis Regulation and Tax Act passed in 2019, the city of Chicago required medicinal dispensaries who received additional licenses to host at least one community meeting before having their license heard in front of the zoning board of appeals.

Contos said the coalition then attended every community meeting held by medicinal dispensaries who received additional adult-use licenses and drafted a universal community benefits agreement or CBA with help from the Chicago Lawyers’ Committee for Civil Rights to have each dispensary sign.

When looking for a business partner to open a dispensary, Little said ColaGroup worked with the Cannabis Equity Illinois Coalition to help draft the only CBA in the cannabis industry with Nature’s Care West Loop—an Illinois dispensary chain owned by Acreage Holdings in New York.

Little, who is also the dispensary manager at Nature’s Care West Loop, said when pitching the idea of “true social equity” to different cannabis firms, his team was focused on four areas: helping people expunge their records, developing careers in cannabis, learning financial literacy and eventually building their own business.

When it came to making the final decision, he said Nature’s Care was the only firm to agree to the signing of their CBA.

The CBA includes requirements such as providing living wages, hiring 75% of employees from disproportionately impacted areas (DIAs) within two years, donating 10% of net profits to community organizations working in DIAs, contracting 10% of products and services from minority businesses, creating a training and development program for employees, hosting “know-your-rights” educational events and participating in National Expungement Week.

The proposed Secure and Fair Enforcement (SAFE) Banking Act of 2021, which is currently being considered in the U.S. Senate, will allow cannabis-related businesses to access traditional banking services if passed.

Althoff said the bill is extraordinarily important for new businesses because it alleviates the total dependence on investment and can help Social Equity Applicants who have lost their investors during the delay for licenses.

State Rep. La Shawn K. Ford (D-8th) said he still plans to submit his own bill to address the state’s cannabis licensing issue and make sure the licenses given will boost minority ownership throughout the state, as reported March 18 by Block Club Chicago.

The bill seeks to add an additional 115 licenses to the 75 already mandated by the state and proposes a second lottery drawing for Social Equity Applicants. If passed, it would also narrow the definition of a Social Equity Applicant by both expanding the timeframe someone must have lived in a disproportionately impacted area and taking away the provision allowing whole companies to qualify, even if the owner does not.

Althoff said she thinks the answer is to craft legislation and have a second lottery. However, there are still unanswered questions, like how many applications can be submitted for the lottery and what the cut-off score is for applicants.

“We need the federal government to legalize this so that banks can lend small business owners money to grow and support their business,” Ford said. “The longer it takes us to be inclusive and get Black owners into this market the current establishment will dominate even further, and it will make it harder on the Social Equity Applicants to become successful business owners.”