A rushed Supreme Court nomination in question, students and experts weigh in 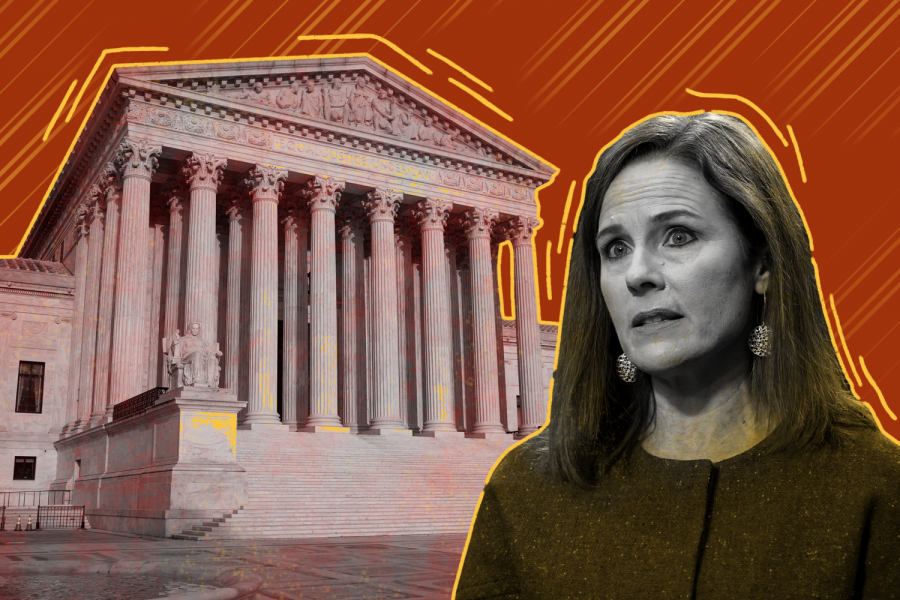 Isaiah Moore, a senior cultural studies and television double major and president of the Student Organizations Council, said they are not in favor of President Donald Trump’s choice or how Senate Republicans are rushing Barrett’s confirmation process.

“It’s really sad to see because we’re fighting so much right now and this administration has not been receptive to change at all,” they said.

With Barrett’s Senate confirmation hearings complete, legal experts are already getting an idea of what it might look like to have Barrett seated on the Supreme Court.

Barrett, who is a University of Notre Dame law professor and a self-proclaimed originalist in how she interprets the Constitution, will be the third nominee to the Supreme Court under Trump, following Neil Gorsuch in 2017 and Brett Kavanaugh in 2018.

Kylee Reynolds, a Fair Courts Project Legal Fellow at Lambda Legal—an organization that works toward obtaining civil rights for the LGBTQ+ community—said many of the issues surrounding Barrett’s nomination can be accredited to the Blue-Slip Process in the appointment of federal judges.

This is a policy where home state senators are encouraged to express their approval of a federal judicial nominee to the chair of the Senate Judiciary Committee in the hopes that the individual will be confirmed.

“These nominees have been shoved through and that’s why [Republicans] have been able to get away with so many truly horrific nominees—nominees that have demonstrated bias in all different areas of work,” Reynolds said.

Reynolds said lower federal court appointments have not received as much public attention as Supreme Court nominations, but they are being used to push judicial nominees that have a history of anti-LGBTQ+ bias.

In a 2019 report from Lambda Legal, more than one-third of Trump’s circuit court nominees have demonstrated this bias. There have been seven Trump nominees that were rated “Not Qualified” by the American Bar Association, a nonpartisan committee on federal judiciary issues.

Cannon Lambert Sr., president-elect of the Cook County Bar Association, said the public should remember Supreme Court justices and candidates oftentimes are those who have served on lower appellate and district courts.

“If you look at what [Mitch] McConnell has done, he has appointed a litany of hyper-conservative justices at the lower levels,” Lambert said. “So when looking for where these justices are going to come from in the future, the back of the courts are kind of stacked.”

Lambert said Barrett’s speedy nomination is in contrast to former President Barack Obama’s nomination of Merrick Garland during the last eight months of his presidency in 2016, which the Republican-led Senate refused to consider.

The Supreme Court will have “substantial” cases to handle like the Affordable Care Act, Roe v. Wade and any challenges that may arise after this upcoming election, Lambert said.

In the past, Barrett has been known for her anti-LGBTQ+ stances, claiming that Title IX protections do not extend to transgender people and misrepresenting transgender women as “physiological males,” according to the Human Rights Campaign.

During the hearings, she also used the term “sexual preference” (not “sexual orientation”) when discussing her views on marriage equality and was later confronted by Sens. Mazie Hirono (D-Hawaii) and Cory Booker (D-N.J.) about the statement, asking her to apologize.

“I think it makes sense based on the things that Trump has done and said in the past, but personally, I think [Barrett] seems incredibly capable in a way that I am scared of because of how strongly I oppose her beliefs,” said Mikey Emme, a senior public relations major and chair of the Trans Student Union at Columbia.

Emme said they feel a deep sense of grief for the number of people who could have their rights and their bodily autonomy taken away if Barrett were to hold a seat on the Supreme Court.

Aside from Barrett’s history and beliefs, Moore said a Supreme Court nomination is not ideal right before a presidential election.

“I personally think that a bipartisan approach, even on both sides, [means] you wait until after the election [to] get someone in office,” Moore said. “At the end of the day … it’s the marginalized groups of people that will feel this.”