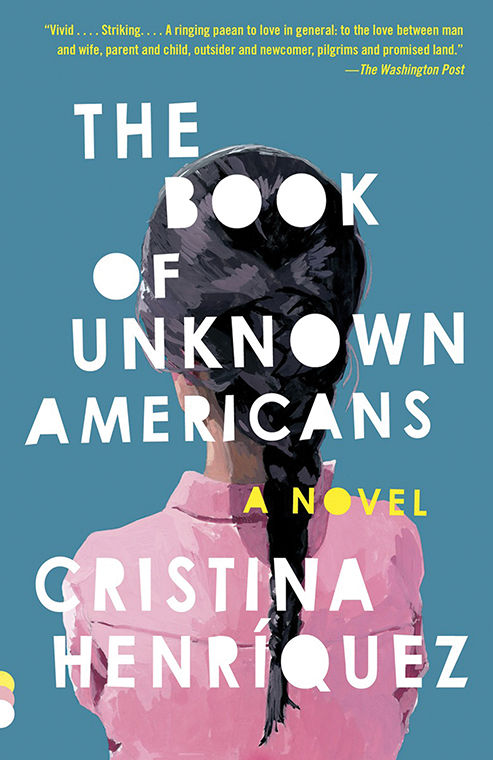 The Chicago Humanities Festival will be holding a panel discussion with Cristina Henríquez (above) and Coya Paz on March 18 in the auditorium in the Instituto Cervantes of Chicago, 31 W. Ohio St.

As a precursor to its spring programing, the Chicago Humanities Festival, an organization dedicated to bringing humanities into daily life, is holding an event featuring author Cristina Henríquez and local poet and director Coya Paz on March 18 at the Instituto Cervantes of Chicago, 31 W. Ohio St.

Henríquez is the author of “The Book of Unknown Americans,” a novel that follows two Latin American families as they migrate to the U.S. and move to Delaware. Henríquez said the concept for the book started by using lines of language and a story.

“I was inspired by this idea that my dad, who was an immigrant from Panama, came to the United States in 1971,” Henríquez said. “He has a very ordinary story, but to me, that’s why it was an important story…. I thought it would be nice to tell not exactly his story, but stories like his of ordinary immigrants who are coming to the country for many different reasons.”

Henríquez said she was focused on developing the characters and providing emotional attachments for the readers while she was crafting “The Book of Unknown Americans,” rather than solely focusing on immigration.

“I knew writing about immigrants was in some way writing about immigration, but to me, they’re different things,” Henríquez said. “I wanted to write about the human stories behind the policies and behind the system that is immigration. When I thought of it in that micro way instead of a macro way, it was really helpful and much easier to be able to get through writing the book.”

Paz, the festival’s second featured speaker, was raised in five South American countries before permanently moving to the U.S. in 1987. Her immigration and experience in different cultures impacted her writing in many ways, she said.

“Any time you have a transnational experience, whether it’s visiting another place or living in another place and having to adapt to living in a new place, [it] gives you a productive sense of strangeness,” Paz said. “You’re able to see how a country or place is working in a way that’s not always visible when you grow up in it.”

Paz said she was not familiar with Henríquez’s work until the release of “The Book of Unknown Americans” last year. She said she loves the book and when sh rereads it, she always highlights parts of it that resonate with her.

“[‘The Book of Unknown Americans’] captures the strangeness of coming to a new place and having to learn how to do the most basic things,” Paz said. “[Henríquez] captures that very disorienting feeling of being in a new place so well.”

Corrina Lesser, associate director of programming and education for the Chicago Humanities Festival, said Henríquez worked for the festival on a 2012 event and the festival programmers are honored to have her back. Although Paz is new to the festival, Lesser said the organization is happy to host these two dynamic, up-and-coming Latina writers that are based in Chicago. Henríquez and Paz tell stories in beautiful ways that reflect the core values of the Chicago Humanities Festival, Lesser said.

“What we are at the heart of our organization is talking about the human condition,” Lesser said. “[Henríquez] is an amazing writer and [‘The Book of Unknown Americans’] has some really powerful stories about family and what it’s like to belong in the United States as a foreigner. Those are experiences many of us have had or have a relationship to.”

At the event, Lesser said she is excited to have the chance to see these two promising young writers speak and hopefully help them gain recognition in Chicago’s renowned literary community.

“I don’t think either [Henríquez] or [Paz] are household names yet,” Lesser said. “I hope this event gives people that haven’t taken a chance on reading [Henríquez’s book] an excuse to check out her work. I hope it opens up a conversation about what it means to be a Chicagoan and what it means to make a home here.”