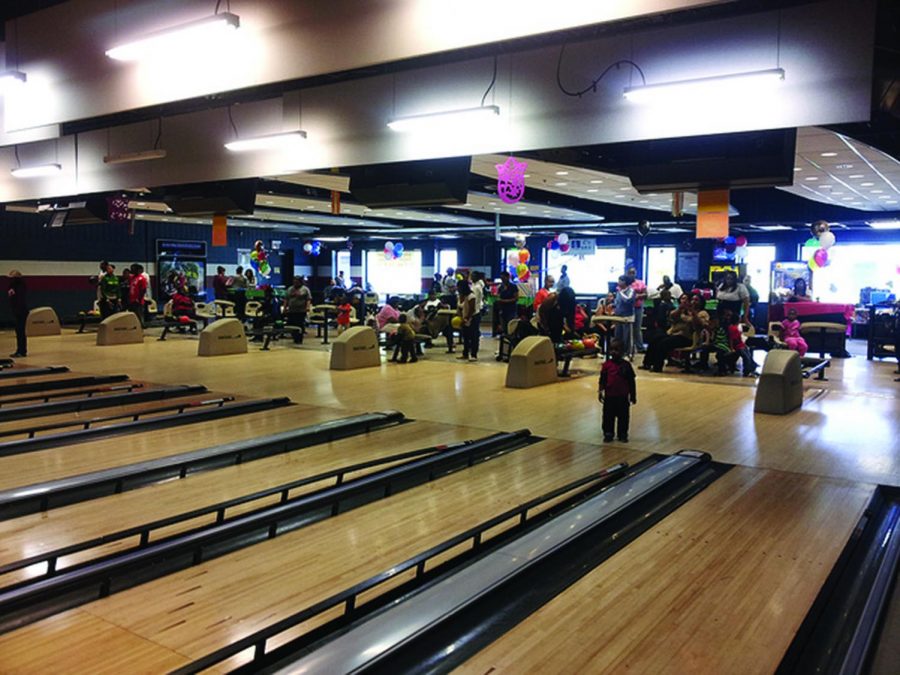 In the South Side neighborhood of Englewood, women and their daughters attended the Oct. 8 Save Our Girls event at the Dr. Martin Luther King, Jr. Park & Family Entertainment Center, 1219 W. 76th St., to celebrate Breast Cancer Awareness Month.

Lanesha Sutton, 24, operations manager of the MLK center, said she came up with the idea to celebrate Breast Cancer Awareness Month by offering free admission to visitors who wear pink T-shirts throughout October every Wednesday from 6–8:30 p.m.

Sutton wanted to honor her aunt, a five-year breast cancer survivor, as well as a former colleague who died from breast cancer six years ago.  Sutton said she hopes the celebration will urge young women to get breast cancer screenings.

“I definitely encourage women to get tested in their earlier years,” Sutton said. “Just in case there is something or isn’t something, err on the safe side and if [there] is, you catch in earlier stages you have a better chance to survive.”

Tuneasha Taylor, general manager of the center, said she had a breast cancer scare last year but was diagnosed as cancer-free. Taylor said black women should be screened often for breast cancer  because it is more prevalent among blacks women.

“Our number is higher than anybody,” Taylor said. “It’s just very important for [black women] it’s showing up younger and younger.”

According to the Centers for Disease Control and Prevention’s data from 1999-2011, white and Asian women have a higher incident of breast cancer but black women are more likely to die from the disease.

Renee Hawkins-Perry, a 53-year-old Roseland resident, said she knows many women who have been diagnosed with breast cancer.

Linda Redmond, a 55-year-old Riverdale resident, said there are thousands of women who do not know their status because they do not understand the importance of getting tested.

However, Redmond said events like Save Our Girls play an important role in informing women of the risks and complications of breast cancer.  She also said these events help to raising awareness.

Traci Williams is a 30-year-old South Side resident who said she values these events in the black community because black women need to understand the severity of breast cancer, said she is glad the center is hosting the event.

“This event is great not only for the elderly, who should get their breasts checked annually, but also for the younger [girls] who are not aware,” Williams said. “It is very important for black women [because breast cancer] is one of the leading causes of death for African-American women.”

Redmond said too many women who have breast cancer remain unaware. She said this should not be happening and she hopes that more women get screened for breast cancer regularly.

“You need to know what’s going on with your body and with your breast,”  Redmond said. “You can be sitting there with [cancer] and not know it.”

Williams also said that she is teaching her daughter the importance of exercise and eating healthier, which she thinks is a preventative measure against breast cancer.

“I’ve told her, once you get over a certain age, it is essential for you to get a mammogram, to be checked for any lumps,” Williams said. “She has actually seen me check myself for lumps, so she is very aware of it.”