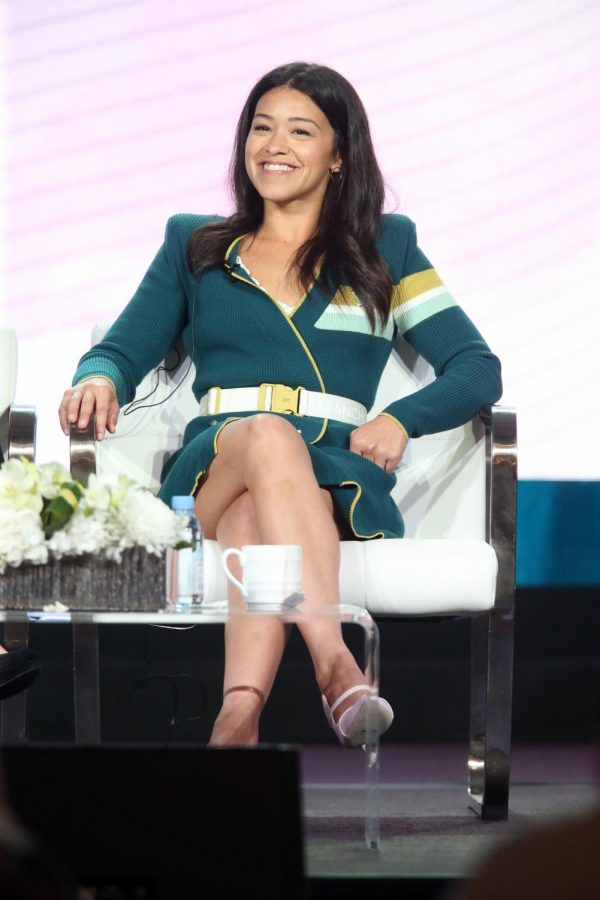 PASADENA, CALIFORNIA - JANUARY 31: Gina Rodriguez of the television show 'Jane the Virgin' speaks during the CW segment of the 2019 Winter Television Critics Association Press Tour at The Langham Huntington, Pasadena on January 31, 2019 in Pasadena, California.

On Jan. 22, “Jane the Virgin” actress Gina Rodriguez addressed criticism for past anti-black comments on Sirius XM’s “Sway in the Morning.” Rodriguez described the backlash as devastating because “to get called anti-black is saying I’m anti-family.” She added that her father is dark-skinned, Afro-Latino. This sort of explanation shifts accountability away from the person who made the comments and dismisses these situations as misunderstandings.

Rodriguez attributes the majority of the anti-black accusations to clickbait articles about a comment she made in November 2018 on Net-A-Porter’s celebrity panel, “The Big Television Debate.”

During the panel, the discussion focused on women’s pay in Hollywood.

The problem with her logic, other than being factually blurry, is that she insinuates that black and Asian women have arrived at the table on an equal playing field with white women. Rodriguez’s pay hierarchy groups black and Asian women in as part of the problem for Latinx equality. This sort of statement implies that the Latinx struggle is more relevant than others and diminishes the validity of black and Asian women’s struggles. This argument also fails to acknowledge the existence of Afro-Latinas altogether.

This is not the first time Rodriguez displayed signs of anti-blackness. In 2017, the actress responded to the announcement of “Black Panther” by asking, “Where are the Latinos?”

Rodriguez also attempted to erase black women in an interview with Yara Shahidi and Xilla Valentine. Valentine asked Shahidi how she felt to be a role model “for so many young black women,” and Rodriguez interrupted to correct him by saying “so many women.”

In Rodriguez’s attempt to advocate for representation and equality for Latinx people, she has created comparisons between marginalized communities. These comparisons do not help in fighting injustices but rather perpetuate the problem. A better way for Rodriguez to address her concerns would be by holding racist power structures accountable. If Rodriguez believes there is enough room for everyone at the table, then she should not look at the success of black people as a problem or competition in the fight for equity and equality for Latinx people.

Rodriguez has taken absolutely no accountability for her actions and has shown no sincerity. She refuses to even consider the fact that she has racial biases that continue to go unchecked. Her response to the callouts should not be about priding herself on being socially aware, as she claims. She has not done anything to make herself sound less racist but has only further shown her ignorance of understanding these biases and the effects of casual racism.