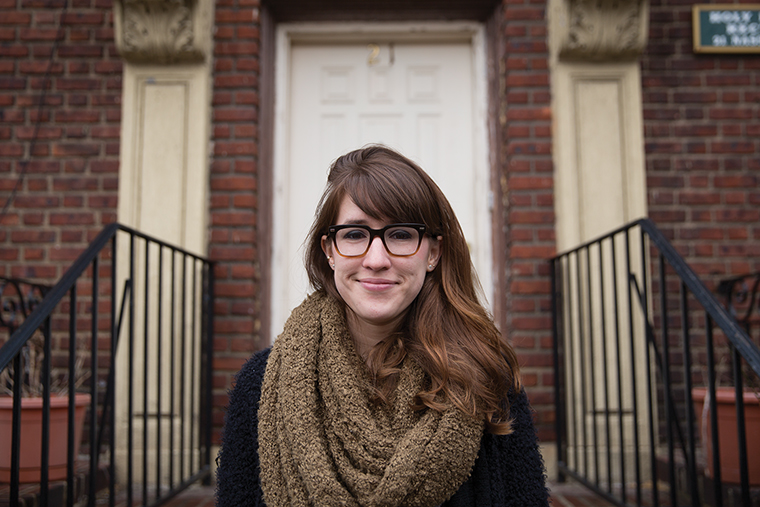 Olivia Mae Davis, 25, is currently working toward a Ph.D. in psychology at the City University of New York’s Graduate Center while studying anesthesia on cephalopods.

Olivia Mae Davis, a student at the City University of New York’s Graduate Center in New York City, is currently working with octopuses to determine how they are affected by anesthesia.

Her unusual work began when the European Union passed a law last year mandating that cephalopods—tentacled creatures such as octopuses—must be treated with the same care as vertebrates when undergoing any type of procedure.

According to Davis, these laws do not yet apply in the United States, but it is likely that American policies will soon follow. She said she thinks it is important to get this work done as quickly and safely as possible because cephalopods are considered to be among the world’s smartest animals.

The Chronicle spoke with Davis about her pursuit of a Ph.D. in psychology, professional career and current research.

THE CHRONICLE: What were your studies like leading up to the Ph.D. program you are currently enrolled in?

OLIVIA MAE DAVIS: I attended Florida State University before coming to New York, where I majored in biology and did a minor in chemistry. Once I found out that they had a marine biology certification program there, I knew it was the route I wanted to take.

CC: Do you also teach?

OMD: Yes, aside from taking a full course load, I teach two sections of an experimental psychology course for undergraduates and work in the Biomimetic and Cognitive Robotics Laboratory at Brooklyn College.

CC: What does your lab work currently consist of?

OMD: Right now, I’m working to see how anesthesia affects octopuses. The European Union passed a law in 2013 stating that mollusks, including squid and octopus, have to be treated with as much care as vertebrates when undergoing invasive procedures of any kind. We do have an idea about how to measure pain, but being sure they are experiencing pain is another thing. I want to make sure the work is being done safely. Though these laws don’t yet apply in the United States, it’s likely we aren’t going to be far behind the EU.

CC: What is it like working with octopi on a daily basis?

OMD: There’s never a typical day. We don’t always have animals to work with; octopuses can be hard to come by and expensive. People sometimes give octopuses the brush off because they’re invertebrates, but they show emotion. I feel like I see each one of them in my lab as an individual.

CC: What do you hope people take away from this research?

OMD: Personally, I love working with animals. They are great models for things going on with humans. This work is so fresh right now it’s kind of hard to know what’s going to ultimately happen but it will affect laws, policies, the lives of the animals and humans as well. People should feel inspired by science to keep learning and discovering. I just can’t imagine being in a position where I wasn’t learning something new every day.