‘The Witch’ ditches cabin in the woods 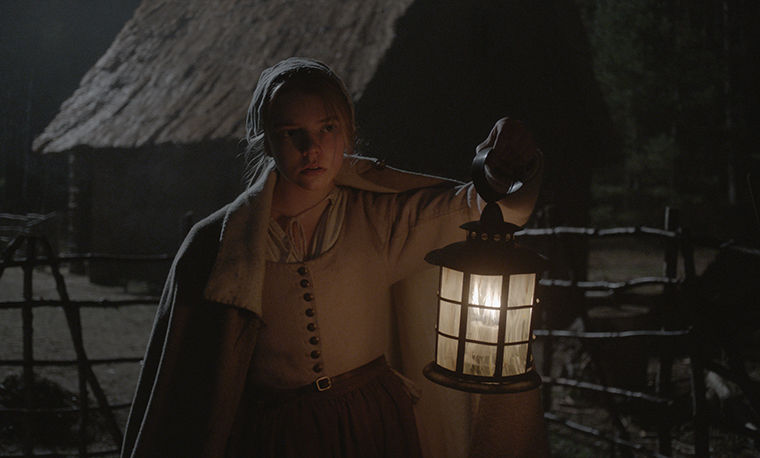 Director Robert Eggers’ feature-length debut “The Witch” is set in New England in 1630. In the first scene, a gray, austere court broods over the fate of William, played by Ralph Ineson, a father of six whose family is to be expelled from the town.

With a clap of thunder, an exodus into the wilderness begins. A soundtrack of frenzied, high-pitched shrieking accompanies the family’s voyage. Immediately, the audience is swallowed by an atmosphere of magisterial dread.

“The Witch” is the type of film that captures an intangible terror—a living, breathing, undulating menace—in a manner that only cinema can. “The Witch” evokes mood not only with its commanding use of image and sound but by steeping itself in an obsessive attention to detail.

Not only are the costumes, architecture and even the agricultural practices of the characters so accurate to the period that historians have come forward to praise the film, but the language spoken by the characters is rich with archaic colloquialisms and pseudo-Shakespearean art-speech. Much of it was culled from historical journals and documents Eggers uncovered during his extensive pre-production process.

Ordinarily, the term “horror film” doesn’t bring to mind painstakingly accurate period drama or dialogue that flows like Elizabethan prose, but those qualities are two of the film’s greatest strengths. Rather than relying on jump scares or excessive gore, the film creates terror from eerie symbolism and slow, mounting tension. With Eggers’ strong direction, images like an auburn-eyed hare flaring its nostrils or a black he-goat playfully galloping through the morning mist take on inexplicably paranoid resonance.

And while the film so effectively transports the audience backward in time, I felt less like I was gazing into another era, and more as if I was peering through a foggy veil into the otherworldly recesses of the human soul itself.

Beneath the surface of the “The Witch”’s penetrating imagery is a methodically-paced psychodrama about an overburdened patriarch and a disintegrating family that turns against itself.

As unsettling as any of the film’s violent outbursts is a scene in which Caleb, played by Harvey Scrimshaw, struggles to avert his eyes from his sister’s cleavage. As much as it is about the danger lurking in the forest, “The Witch” is about the nasty monsters that live inside all of us. In a time when irrational fear and political scapegoating is as rampant as ever, the film, though intimate in scale,  can be read on a broader level.

The witch as an archetype can be traced back to the depths of antiquity. However, in recent years, it has been stripped of its fangs. What was once a symbol of our capacity for the twisted, primal revelry of the wilderness has been reduced to a plastic, cackling Halloween ornament.

“The Witch” effectively restores the Dionysian majesty of its central symbol. Hearkening back to horror masterpieces such as “The Shining,” “The Exorcist” and “Rosemary’s Baby,” “The Witch” relies on mood and subtext rather than clumsy shock tactics. And while it’s not quite up to par with the glory of those genre staples, “The Witch” is a far cry—or rather a strangled shriek—from the dime-a-dozen horror flicks of the mainstream megaplexes. This is definitely more than the average excursion to the cabin in the woods we all know so well.

“The Witch” opens in Chicago theaters on Feb. 19.