Minimum wage on rise in Illinois 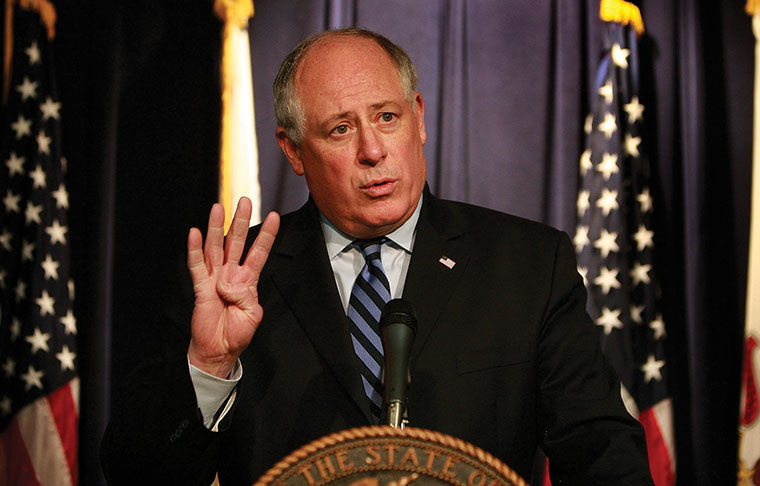 While the debate on raising the minimum wage nationwide continues, the Illinois Senate Executive Committee voted out a bill Nov. 19 that could raise the minimum wage to $10 per hour, then to $10.50 in 2016 and to $11 by 2017, according to a press release from the Illinois Government News Network.

The current minimum wage is $8.25 an hour, one of the nation’s highest.

“In the November election, people across our state overwhelmingly voiced their support for raising the minimum wage to $10 an hour,” Gov. Pat Quinn said in the press release. “Raising the wage is about dignity and decency and building an economy that works for everyone. Now is the time to get this important legislation passed through the General Assembly for the hundreds of thousands of minimum wage workers across the land of Lincoln.”

Quinn commended Sen. Kim Lightford and the members of the Illinois Senate Executive Committee for voting on the bill and making it possible for the working class to see an increase in pay.

Andre Kimble, a dual-diagnosis specialist for a residential treatment center in East Hazel Crest, Illinois, said the minimum wage should be increased. Only six other states have higher minimum wages, according to the U.S. Department of Labor.

“Illinois’ minimum wage is already pretty high,” Kimble said. “I believe with the cost of living, [an] increase [to] $10 minimum wage or higher would be a good living wage for most low-income people.”

Kimble, a Chicago Heights resident, said increasing the minimum wage would allow people to buy more things for their households, enabling the state to raise its sales taxes because people will have more disposable income. However, Kimble said the increase might affect small businesses in the long run.

Walter Boyd, executive director for St. Leonard’s Ministries, said the only way people who work for minimum wage can survive is if several working adults are supporting the household.

“Market-rate housing in the city of Chicago alone requires more than minimum wage just to be able to pay rent,” Boyd said.  “It’s a sub-standard lifestyle that one has to engage in if they’re a minimum wage worker.”

“We have known for many years that the minimum wage is not a living wage,” Boyd said. “That does not give an individual the opportunity to access the resources necessary for them to lead productive lives.”

Joseph Bradley, a 55-year-old University Park resident and  housing case manager, said he is torn about whether or not the minimum wage should be raised. However, he said something should be done about the social service agencies that do not give raises to their employees. Bradley said the wage increase neglects people who already make more than the minimum wage but are stuck in salaried positions without raises.

“If [Illinois] raises [the wage] to $10 an hour, what are they going to do for the private sector nonprofit organizations?” Bradley said. “That would make me feel uneasy to know that the state can increase the minimum wage, but what can the state do [about the] people who have been working for two years without a pay increase? These people who have been making $10 [an hour] still can’t make it with the $10 dollars they’re making now. Raising the minimum wage to $10—is that really enough?”

However, Bradley said because the cost of living is going up, it would be wise to increase the minimum wage to $12 per hour. Boyd said some in Chicago would prefer $15 per hour in Chicago.