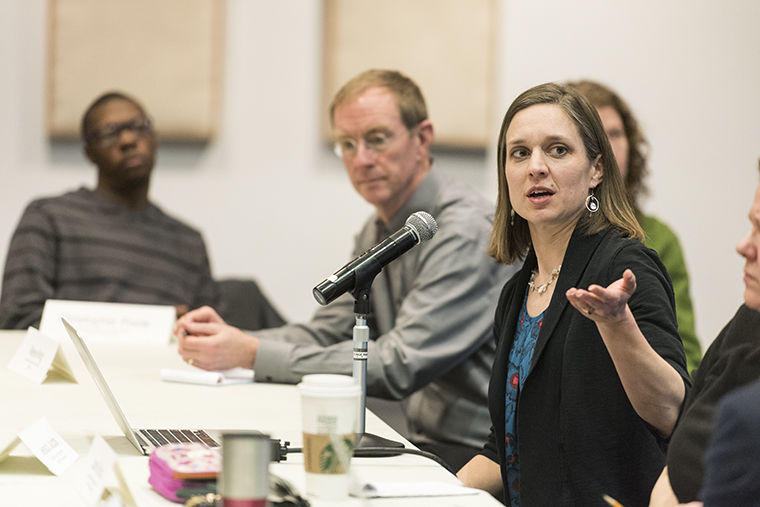 Less than two months after filling the newly established faculty ombudsperson position, Connie Meyer has resigned, forcing the college to initiate another search to fill the vacancy, according to a March 28 emailed statement from Senior Vice President and Provost Stan Wearden.

Meyer, who was initially welcomed as the college’s first ombudsperson in a Feb. 2 email sent to faculty and staff from Wearden, attended a March 10 Faculty Senate meeting where she gave a presentation about her position, as reported March 13 by The Chronicle.

The reason for Meyer’s resignation is unclear, but a March 29 email sent from college spokeswoman Anjali Julka stated the decision was entirely her own.

Meyer was unable to be reached after several attempts for comment.

A March 29 email statement from Greg Foster-Rice, Faculty Senate president and associate professor in the Photography Department, said the Faculty Senate is unaware of why Meyer left and looks forward to filling the position as quickly as possible.

Jeff Abell, associate professor in the Art and Art History Department, a member of the faculty affairs committee that worked to create the ombudsperson position, said the role is valuable because it provides an outlet for people to be given advice and suggestions from outside the official workings of the college.

“The idea of a position here that can provide neutral advice to faculty on any problem that might come up is something that was very welcomed by the faculty,” Abell said.

According to Wearden’s March 28 email, a new search process to fill the position will begin soon. Julka said Wearden declined to comment further on the resignation.

According to the Feb. 2 announcement of her appointment, Meyer had experience in the areas of dispute resolution and worked as a mediator, coach and conflict management skills trainer.

During the March 10 Faculty Senate meeting, Meyer discussed the services and principles associated with her position with Senate members, citing four key principles for her work at the college she said are put forward by the International Ombuds Association: confidentiality, informality, impartiality and independence.

“I have full control over what I do on a day-to-day basis, what issues and matters I’m handling ,and there’s a very important wall between me and everybody else,” she said less than two weeks before her resignation. “I don’t sit anywhere out of the organization on purpose so that I don’t have any particular vilification or bias.”

Abell said the faculty welcomed resources an ombudsperson off- ered, and he hopes the position will be filled soon.

“It would be awesome if they could do it [soon], but it may indeed be something that could take a while to refill,” Abell said.