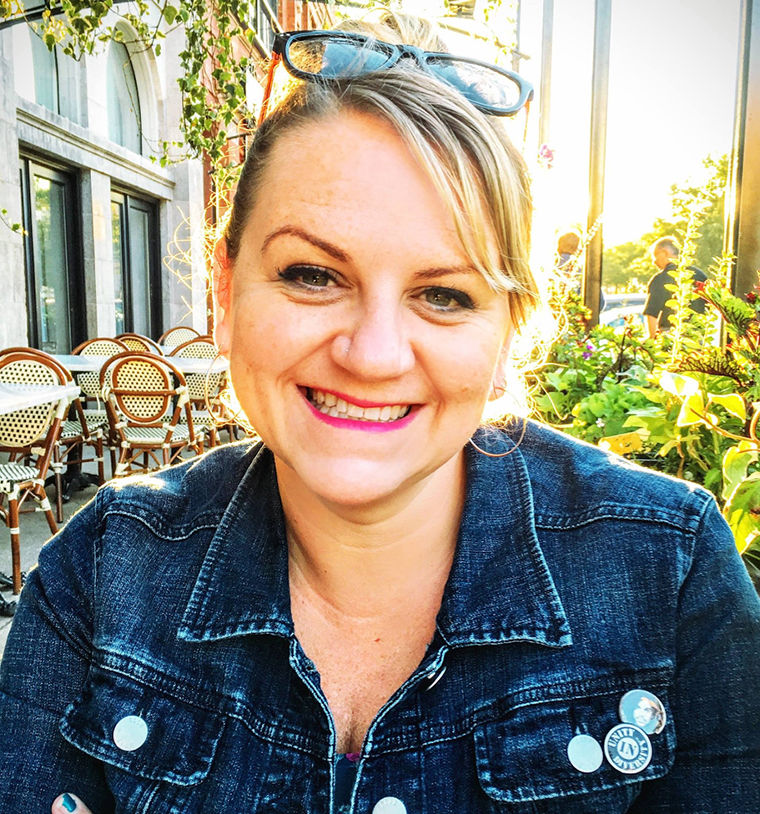 As a volunteer coordinator and member at Gilda’s Club Chicago, 537 N. Wells St., Sarah Rittner spreads the club’s message and helped set up the Latino Program.

After close friends and family members were diagnosed with cancer, Sarah Rittner needed an outlet—somewhere to talk about her experience. She turned to Gilda’s Club for group counseling that ended up changing her life in more ways than she anticipated.

Gilda’s Club is a nonprofit organization that provides support for people affected by cancer. When Rittner is not working for AllianceChicago as an assistant research director, she spends her time as an outreach volunteer and member at Gilda’s Club Chicago, 537 N. Wells St. Rittner has been with Gilda’s Club for 14 years spreading Gilda’s Club’s message. She also had a hand in setting up Gilda’s Latino program.

The Chronicle spoke with Rittner about her time at Gilda’s Club and experience with cancer.

THE CHRONICLE: How would you describe the environment of Gilda’s Club?

SARAH RITTNER: It’s a very warm, welcoming and fun place to be. Most people expect some sort of hospital or a place where the emphasis is on medicine, but it is not like that. You are not judged or treated differently. Everyone at Gilda’s Club is there for a reason. They see you as more than just a patient or caretaker. It really feels like you’re in a clubhouse rather than a hospital.

How has Gilda’s Club helped you personally?

My 20s and 30s were a lot different from other people’s. I was in my late 20s when my dad was diagnosed, and my friends wanted to go out and do fun things, but most of my weekends were spent going back to help my parents. My family was all going through the same pain, and I could see they were struggling, so it wasn’t as easy to talk to them.

Meeting people with similar stories at Gilda’s Club opened up new avenues for me. I did not really know anybody who had been through similar situations, and strangely enough, talking to strangers really helped me get through it. I can’t emphasize enough that it changed my ability to live while my dad was sick. I am still in touch with some of these people. The staff has always been a constant support to me and my family. They make you feel like you’re the only one in the crowd even though they serve thousands of people annually.

Do you think you make a difference in people’s lives?

I always hope that I am helping to give back and make a difference in people’s cancer experience. Going through the same things they have, I know there is nothing more valuable than someone who can relate.

One person had lost a loved one a few weeks before they came to Gilda’s Club, and they were inconsolable. They just couldn’t move forward, and all I told them was to come back one more time. They ended up coming back and have since grown and excelled in Gilda’s Club. They were able to live a happy life with their family all because of their time they spent here. Every time I see this person, I remember that no matter what I do, I was able to help this person.

Where do you think people would be without Gilda’s Club?

I think about some of the people I’ve met over the years during our new member meetings. Some of them had no loved ones, no support and nowhere to turn. Through Gilda’s Club, we were able to give them a support system and the information they needed to be successful in life.

There was one case in particular where someone had lost his wife, and she always took care of the taxes. After her passing, he didn’t even know how do them on his own. We were able to call in some accountants to help. Gilda’s club meets you where you are in life and helps you with what you need.

My heart breaks for people who are trying to do this alone, or don’t feel like they have support. When people don’t think they have any reason to fight or live their lives—regardless of diagnosis—it makes me sad. Gilda’s Club can bring people’s lives back to them.

Would you change anything about your time at Gilda’s Club?

I would have become a member sooner. I took for granted how important it was to have social support. There isn’t a minute at Gilda’s Club I would change. I think that it’s the most phenomenal organization I’ve ever worked with. I absolutely believe in everything they do and their mission. I’ve worked with many nonprofits, but Gilda’s Club is the best.

Why are outreach volunteers important?

It’s just bringing a voice to the club. Being able to speak from my heart to other people and help spread the message is what I can really bring to Gilda’s Club. Being able to talk to people who aren’t familiar to us, or are reluctant about joining Gilda’s Club, tying in my own personal experience lets them know I actually do care about them and want the best for them.