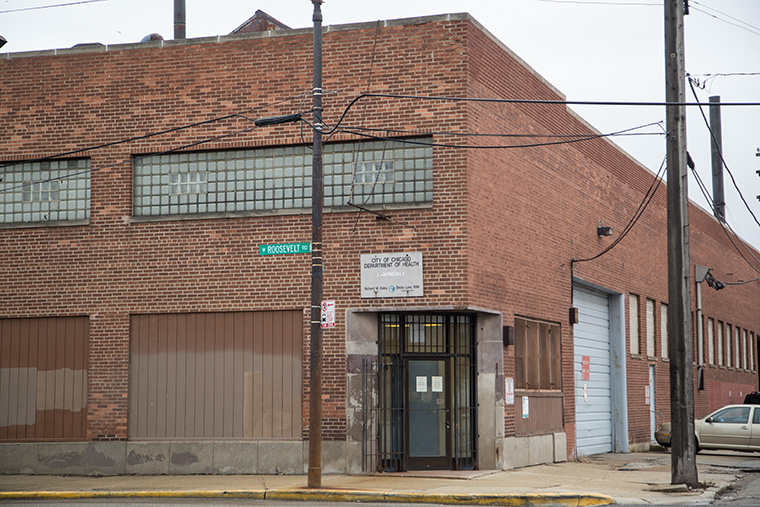 The city closed dix of its 12 mental health clinics in April 2012 to save $2.3 million. Lawndale Mental Health Clinic, 1201 S. Campbell St., is one of the six remaining clinics.

In the ongoing aftermath of closing six of the 12 city-operated mental health clinics in 2012, the Chicago Department of Public Health is facing accusations of failing to provide citizens with adequate access to mental health services.

Three aldermen introduced a resolution April 2 to the City Council alleging that closing the six clinics located primarily on the South Side harmed patients by disrupting their treatment, forcing them to travel farther and leaving up to 2,500 unaccounted for. The resolution claims the CDPH is further jeopardizing mental health services by overlooking patients who have health insurance.

The resolution calls for the Committee on Health and Environmental Protection to hold a series of public hearings to take testimony from CDPH Commissioner Bechara Choucair and other public health experts on the city’s handling of its public mental health services. The hearings will also solicit public input on the quality and accessibility of city clinics to determine if CDPH is meeting mental health needs.

“People have been misinformed or misdirected on all levels here, and we need to deal with that,” said Alderman Bob Fioretti (2nd Ward). “There must be ways this body collectively can solve problems, and I think this would be a start by having this resolution.”

Alderman Scott Waguespack (32nd Ward) said overcrowding is a major concern now that there are only six clinics. As a result, the CDPH directs people with health insurance to seek privately operated clinics, but that does not ensure they will follow through with finding a physician or receive proper care.

CDPH spokesman Brian Richardson said catering to uninsured patients is the department’s top priority, adding that the clinics do not turn away people in need of help but often face the risk of exceeding capacity. To avoid denying health services to potentially uninsured residents, Richardson said the clinics inform insured clients of alternative options and encourage them to pursue private care.

“The CDPH is committed to ensuring access to quality mental health services for all Chicago residents,” Richardson said. “We’re not turning any clients away, period.”

Richardson said as more people sign up for insurance under the Affordable Care Act, the number of patients who need publicly funded services will likely decrease.

The resolution argues the CDPH should join a health care provider network that would allow clinics to accept reimbursement from insurance companies, enabling them to generate stable revenue that could be used to expand services for underserved populations, such as those released from the Cook County Jail or the homeless, according to the resolution.

Accepting money from insurance companies would alleviate financial strain on the CDPH, preventing the budgetary problems similar to the ones that led the CDPH to consolidate its services two years ago, said Jo Patton, director of special projects at AFSCME Council 31, the union representing the city’s mental health employees.

“When you have a situation where the clinics are closed, you leave patients … to fend for themselves,” Patton said. “Mental health clinics are being starved to death.”

Waguespack said the CDPH has consistently publicized positive reports about its services, but that there is not concrete data to back up such claims. During the hearings, Waguespack wants the CDPH to present aldermen with data on the number of patients being served and how many are referred to privately funded clinics.

“There is no hard accountability and the department has done a good job of just kind of waving that off,” Waguespack said. “So we want accountability for every one of those patients. The next step is to try and figure out what we have to do for those people [and] following up with physicians.”

Waguespack said the controversy stems from the clinic closures, which left a void in some neighborhoods making it so many people in particular neighborhoods are not able to get the help they need because they live too far from public clinics and do not have the means to pay for private care. He said it would be costly to reinstate any of the six defunct clinics, but the city should consider expanding the reach of its services to ensure the viability of the city’s mental health care system.

“If we need to reopen them in an area that has a zone where no federally qualified clinic or no county clinic is available, then maybe we need to reopen one or two of them,” Waguespack said. “I know that costs money, but it depends on what our priorities are—and I know the mayor’s priority is to push those people off on to somebody else.”