Cheesetopia Chicago to be ‘Gouda’ time 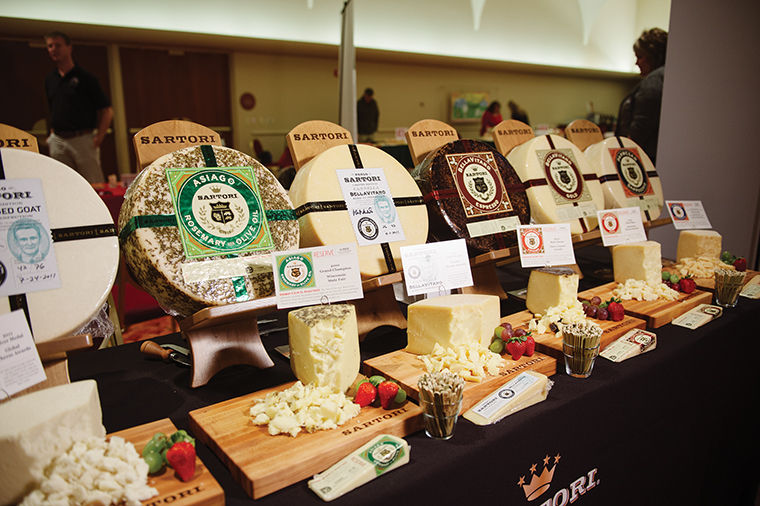 The first annual traveling Cheesetopia was held on April 12, 2015, in Milwaukee, where attendees could sample and purchase cheeses from more than 40 vendors for $25. This year’s event is to be held April 10 in Chicago with tickets for $75, as admission includes an open bar and free onsite parking.

Cheese, a staple of the Midwest, is a food that many would say is deserving of its own festival, and Chicago foodies will have their wishes granted when Cheesetopia is set to visit the city for the first time.

“[The event] is just a big, festive farmers market [and] sampling fair for the best artisan cheeses made in the region,” said Jeanne Carpenter, executive director of Wisconsin Cheese Originals, Cheesetopia’s founding company.

Visitors to Cheesetopia Chicago will be able to spend four hours sampling and purchasing approximately 200 different cheeses from more than 40 Midwestern vendors.

The festival will also feature local artisan products that complement cheese, like charcuterie, chutney, honey, crackers and preserves. Carpenter said the venue requires there be an open bar, so beverages like beer and wine will be included in the ticket price this year.

“When you get tired of eating cheese and need a break, you can go eat something a little bit different for a while,” Carpenter said.

“[The festival] is a great opportunity for [Emmi Roth USA] to get our brand in front of some people who are interested in cheese and the cheese business,” Bailey said.

David Roger, maître fromager affineur—master cheese refiner—at Standard Market in Westmont, 333 E. Ogden Ave., said the market is participating in Cheesetopia, and the cheeses it is bringing include its Chandoka, Tomme de Nena and Pauline varieties. He added that the first is provided to the market for aging by LaClare Farms and the other two by Kenny’s Farmhouse.

Rogers said at festivals like Cheesetopia, the cheesemakers and artisans are rubbing shoulders with their customers and explaining the provenance of their products, which helps connect people to their food.

“It is a one-on-one, person-to-person experience,” Rogers said. “Getting to know where your food comes from and who makes [it] is super important.”

James Croskey, a 2006 alumnus from the former Art + Design Department who works in business development for Fortune Fish & Gourmet, 1068 Thorndale Ave., said he is excited to participate in this year’s event.

“[Cheesetopia] is a good way for [attendees] to try a large variety of cheeses in a short amount of time,” Croskey said.

Croskey said Fortune will bring cheeses provided by Hook’s Cheese Company and is still deciding on which to bring. Among those being considered are the truffle cheddar, a mild-aged cheddar and a blue cheese.

“I think most people will really enjoy these cheeses [we are bringing],” Croskey said. “They aren’t going to be anything that the masses won’t be able to appreciate.”

Rogers said events like Cheesetopia are more for people who are well-versed in the different, more obscure types of cheeses.

“If you’re going to go to Cheesetopia, you’re probably a cheese nerd on some level or another,” Rogers said. “Having the opportunity to come in and get a taste of some of these cheeses that are rare or award-winning, that’s the bread and butter for your average cheese nerd.”