Radical beliefs are not fashion statements 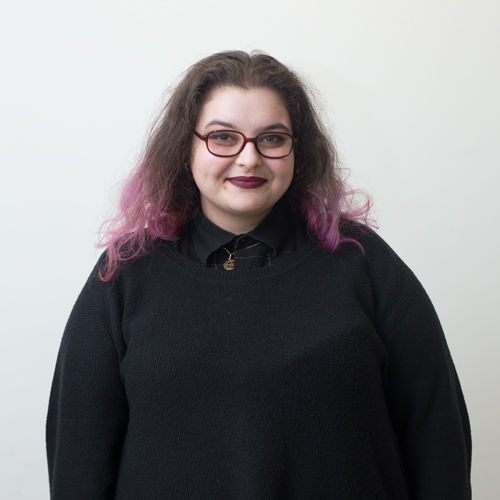 Radical beliefs are not fashion statements

Can you really hold progressive politics if you don’t sell a $30 product that says so?

For generations, people have staged sit-ins, strikes, riots and boycotts and have risked jail time, tarnished reputations and even death in fighting for equality.

Many continue to fight to expand marginalized people’s rights, and as the world’s progressive thinkers strive to change the world, others have taken their radical ideologies and watered them down into uncontroversial brands.

In honor of International Women’s Day, toymaker Mattel released The Inspiring Women series, a line of 17 Barbie dolls representing women that young girls can look up to, such as gymnast Gabby Douglas and aviator Amelia Earhart.

Although young girls should be encouraged to have such role models, Mattel corrupted the feminist ideals of one member of The Inspiring Women series: famed artist Frida Kahlo.

Kahlo vehemently rejected sexist, Eurocentric beauty ideals, which is why she proudly displayed her signature unibrow—something Mattel failed to include in its replica. Kahlo’s family also noted the toy company gave the doll lighter features, blatantly white-washing the artist and erasing her Mexican heritage.

Besides the completely inaccurate portrayal of Kahlo, it is ridiculous that Mattel is profiting from a $30 doll made in the likeness of a staunch anti-capitalist who devoted much of her work as a feminist artist to critiquing American consumerism.

Mattel’s release on International Women’s Day is another example of how the holiday, which only exists because of radical women who went on strike against dehumanizing work conditions more than a century ago, has become an opportunity to profit from progressive politics rather than making it an ideology for which to fight.

Multiple brands heavily advertised sales on the holiday as if buying products from big businesses is a feminist act honoring working-class women.

Such unabashed efforts to profit from social movements have occurred time and time again. A viral example is the April 4, 2017, Pepsi commercial in which Kendall Jenner notices a protest and uses the soft drink to ease tensions between police and demonstrators.

The ad was an insensitive attempt to profit from the current political climate in which Black Lives Matter activists fight against racism and police brutality. The public quickly condemned Pepsi for making light of such serious issues, and the ad was pulled a day later after it incurred widespread criticism.

Many mistakenly assume that if large corporate entities include progressive politics in their branding, it signifies social acceptance of those ideals—an argument used to discourage demonstrators who protested the presence of large banks such as Wells Fargo at LGBTQ pride parades nationwide.

But these faux-progressive advertising strategies are just a means to appeal to consumers by pretending corporations share our interests when they are only concerned with how these political and social movements can benefit them.

We must recognize these efforts as nothing more than self-indulgent, money-making shams. Otherwise, we will degrade our political activism and treat it as a means of gaining social clout rather than a struggle for equality for marginalized people.

A Barbie or a can of Pepsi may not bring needed change, but a wholehearted commitment to our beliefs can.