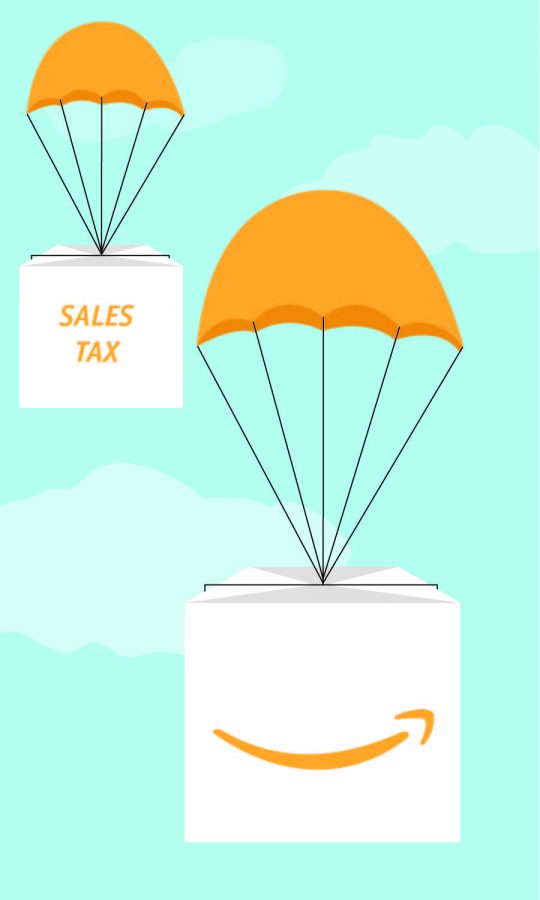 With the grace period for a new law having ended Feb. 1, Amazon will now be collecting sales tax from Illinois customers.

Revisions made to the state Use Tax Act now mandate that out-of-state retailers register with the state of Illinois to collect and remit sales tax.

“So long as retailers made a reasonable effort to understand the requirements of the laws that applied to them and took steps toward compliance, the IDOR exercised discretion against issuing assessments,” Horstman said.

Jordan Gilbertson, 24, an Amazon Prime member with a background in finance, said he did not think taxes in Illinois were too high and is not discouraged from shopping on Amazon.com because it is charging local customers sales tax.

“As long as what you are trying to fund or pay for is ultimately being paid for by the people you’re taxing, I think that’s fine,” Gilbertson said.

Congress tried to pass a bill in 2011 called the Main Street Fairness Act that would allow states to require online retailers to charge their customers sales tax, but it expired before it was put to vote. The Illinois Supreme Court declared a similar bill with the same name unconstitutional in 2013. Later, in 2014, the legislators passed revisions to the Use Tax Act to mandate online retailers charge sales tax leading to what is now referred to as the Amazon Tax.

If a law requiring all online retailers to charge customers sales tax is passed at the federal level, it would hurt small businesses and entrepreneurs that are first starting out and trying to forge ground in online retailing, Lucci said.

He added that he thinks Amazon can handle the lost revenues, but small businesses cannot, and Amazon would not have been able to handle the added tax burden when it was establishing its customer base either.

Furthermore, if all online retailers are required to charge customers a sales tax, Amazon could have a competitive advantage because small businesses would not be able to compete if they are losing revenue from sales tax, Lucci said.

According to Lucci and Horstman, before Amazon was deemed responsible for charging its customers a sales tax, customers were supposed to account for online retail sales tax when they filed their income taxes.

Amazon customers are supposed to list their expenditures to be subject to sales tax, but most customers do not know that and would have difficulty figuring out how much their purchases add up to, Lucci said.

According to Lucci, more residents would stay in the area and the state would collect more tax dollars if Illinois lowered its tax rates. He said the state has lost $7.6 billion in revenue from residents who left the state in the last 20 years.

The Illinois Policy Institute advocates for tax fairness; it believes income taxes should be phased out and replaced by a broader consumption tax, Lucci said.