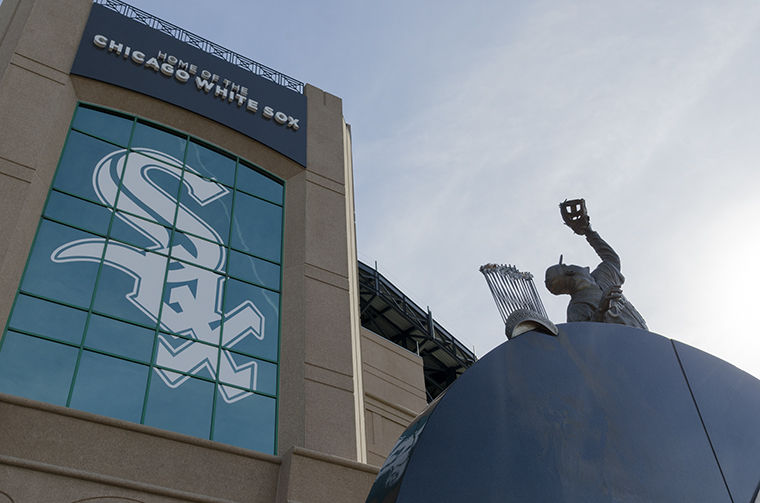 Even though the White Sox are not expected to make the World Series, fans still have reason to cheer as top prospects could be playing in the MLB this season.

As the countdown to opening day of the 2018 MLB season continues, both Chicago Cubs and White Sox fans have reasons to be excited.

After being eliminated by the Los Angeles Dodgers in the 2017 National League Championship Series, the Cubs have renewed hope as the team heads into 2018. In order to punch another ticket to the World Series, the Cubs bolstered their roster in the offseason by signing highly touted free agents including former Dodgers pitcher Yu Darvish, Brandon Morrow and Steve Cishek.

These signings will provide the Cubs with answers to problems that plagued the team in the regular season and playoffs, said George Castle, a sports journalist of 40 years and sports author.

Last season, the Cubs dealt with inconsistent starting pitching from former Cubs pitcher John Lackey, who had the highest earned run average of any Cubs starting pitcher in 2017. Lackey allowed five earned runs or more in six of his 31 starts, according to MLB.com. But the recent signing of Darvish bolsters the team’s pitching rotation, Castle noted.

“Darvish allows everybody else in the rotation to slide down to their natural spots,” Castle said. “Nobody has to be the ace, [and] nobody has to be a strong number two starter.”

Another issue during the Cubs 2017 season was that of under-performance by young players. When the Cubs won the World Series in 2016, shortstop Addison Russell had 95 runs batted in, 23 home runs and a .238 batting average. But in 2017, Russell only had 43 RBIs and 16 home runs, according to MLB.com.

Along with Russell’s struggles, outfielder Kyle Schwarber saw a major drop in his production last season and was even sent down to the Iowa Cubs—a Triple-A minor league team—midseason. It is not rare that players get sent down to the minor leagues, but Schwarber’s previous level of success made the move surprising.

However, these players can break out of their slumps and contribute to the Cubs’ success in 2018, Castle said, adding that players can get better when they are older because they are able to continuously work on and fix the problems that keep their numbers down.

Both Castle and Festenstein expect the Cubs to make the postseason,  but Castle said the team is still short a strong closing pitcher, which is needed as the final out is “the hardest to get in all of sports.”

Though the city’s South Side team is not preparing for a championship, White Sox fans still have reasons to be excited, said Doug Schwamb, White Sox reporter for Sports Mockery, a sports website.

Currently, the White Sox are rebuilding by trading older players for younger players whom they hope to develop. In the past few seasons, the team traded star players Chris Sale and Jose Quintana along with outfielder Adam Eaton and acquired strong young talent.

This season could yield more moves as players such as outfielder Avisail Garcia could traded for young prospects this season, Schwamb said.

“This young core that [White Sox] general manager Rick Hahn has set into place is coming all together,” Schwamb said. “They have a very bright future. If you’re a White Sox fan, you should be excited.”

The White Sox have seven players on MLB.com’s top 100 prospects to watch in 2018 and two in the top 10, outfielder Eloy Jimenez and pitcher Michael Kopech.

While these players are still in the minor leagues, Kopech should move up to the majors in 2018, Schwamb said. Players such as pitcher Dane Dunning and Jimenez are only another year or two away from playing in the big leagues, barring any speedy development from the players, according to Schwamb.

Those prospects who do make it to the major leagues this season will be in good hands, as White Sox head coach Rick Renteria has a history of molding young players, Schwamb noted. Before coming to the South Side, Renteria was the Cubs’ head coach and developed players such as first-baseman Anthony Rizzo and shortstop Starlin Castro.

Even though Festenstein and Schwamb expect the White Sox to finish with more losses than wins, Festenstein noted that the American League Central is a weak enough division to allow a best case scenario in which the White Sox could remain in the Wild Card race.

But both agree the Cubs and White Sox are not going to play each other in the World Series this year.