Sleepless in The Second City 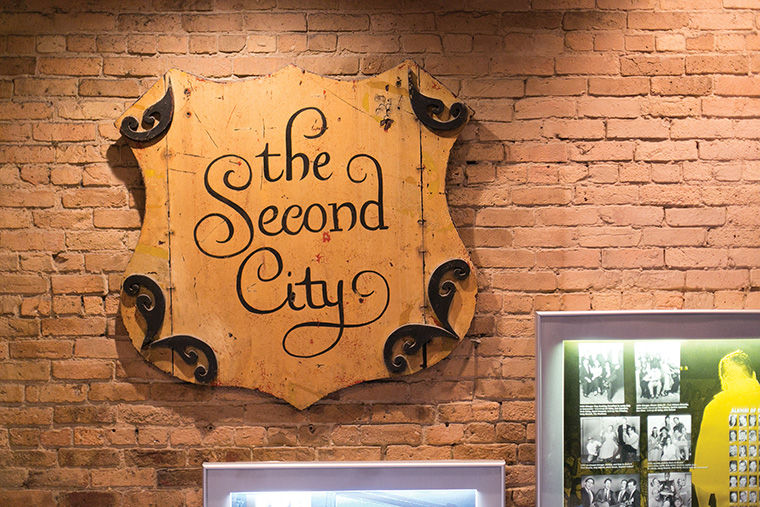 This has rarely been more true for the comedy institution than with its annual star-packed benefit show “The Second City That Never Sleeps: 24 Hours.” A tradition since 2003, the show features celebrity performers such as musician Kim Deal, comedian Fred Armisen and Wilco frontman Jeff Tweedy, among others, and raises money for financially struggling Chicago families during the holiday season. The Onward Neighborhood House charity, which helps families in a community setting through educational, recreational and social service programs, has partnered with Second City to help identify families in need and reach out to them.

Heather Whinna, the event coordinator for the show, said the event has grown in the years she has worked with The Second City.

“The longer the show exists, the more people go to it, and it becomes a tradition for many people for many reasons,” Whinna said. “It has raised a lot more money in the last two years, which is a great thing to be able to hand out on Christmas Day.”

Whinna formerly organized the event with the Letters To Santa organization, which helps deliver Christmas presents to families in need, but she said she got involved with ONH to reach out to families in need after the postal service stopped releasing personal information from people who wrote letters to Santa during the holidays.

“[Heather] was looking for an agency where she could continue to carry forward the Letters To Santa project,” said Mario Garcia, executive director of ONH. “We identify families around Christmas who are making the choice of buying food or paying the rent. In the last few years, anywhere between 10 and 15 families have been helped.”

Whinna said the show, which starts at 6 p.m. on Dec. 16, can get pretty daunting in the late hours of the night because the performers and audience members struggle to make it through the entire show.

“It’s pretty rough,” Whinna said. “You’re really awake for more like 36 hours because you’re up before you get there and you’re up after you have to leave. For several years, I didn’t stay there for all 24 hours. I would go home and come back. It’s a difficult task, and it’s not one that I would have invented.”

Thanks to Whinna’s long-standing relationship with the Second City community, as well as connections through her husband, noted music producer Steve Albini, the show has managed to pack the house year after year with celebrity guests.

“They’re all friends,” Whinna said. “I’ve worked at Second City for close to 17 years, so all of the actors or comics all generate from my relationship with Second City. All the musicians are people I know from my personal life.”

Deal, who got involved with the benefit show through her friendship with Whinna and Albini, said a lot of the comedic actors get tired throughout the show, and that is when she comes in to perform.

“I’m playing three 15-minute sets,” Deal said. “I’ll go on for 15 minutes, and that gives them a break backstage where they can eat a sandwich or something. I’m just there so the improvisational actors have time to eat a sandwich and take a piss break.”

Although some previous musical guests such as Jeff Tweedy have taken part in the comedy as well, Deal said it is best to leave the comedy to the professionals.

“It really is a skill, and I bet musicians just suck at it,” Deal said. “If you know any musicians at all, they’re just the most boring people in the world. A good musician is really good when they’re playing guitar or singing, but get them in a room and start talking to them, they will bore the s–t out of you.”

The show will also celebrate the comedy institution’s 55th anniversary, which Whinna said will be subtly incorporated into the show.

“It also happens to be the start of Hanukkah,” Whinna said. “So we’ve planned to have a birthday cake and light the candles on the stage and have some old staff members come by. I don’t think that we’re doing anything particularly grand for the [anniversary], but it’s a nice coincidence.”

“The Second City That Never Sleeps: 24 Hours” takes place Dec. 16 at 6 p.m and will be streamed on LettersToSantaChicago.com as well as Gigity.TV. Tickets are $20.