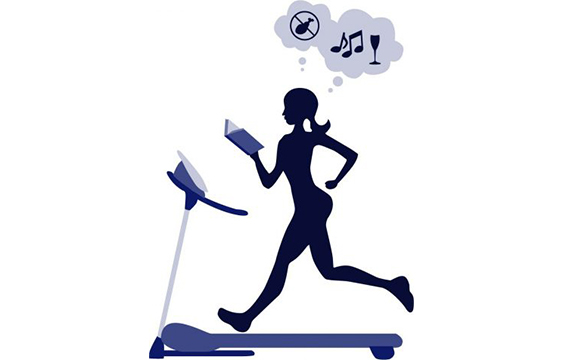 Kender weighed 82 lbs. in eighth grade and was diagnosed with anorexia nervosa, an eating disorder characterized by weight loss or difficulties maintaining an appropriate weight for height and age. Six years later, she is recovering from her eating disorder but said she still finds herself struggling on certain days with her condition, especially at the beginning of a new semester.

As the school year begins, college students are prone to developing eating disorders because of the heightened anxiety of transitioning from living at home to handling an exhausting college workload, according to Dr. Steven Prinz, medical director of Eating Recovery Center Chicago.

“Go out and party, and have a good time, but we also need to make sure that we are sleeping and eating and taking care of what is important to us,” Prinz said.

Kender said she thinks stress from college definitely has an effect on eating disorders because student sleep schedules are disrupted, and that makes everything go downhill.

“I have relapsed twice,” Kender said. “College really makes it easier to relapse because you have so much stress. You don’t have your mom or dad to remind you, ‘Hey, you need to eat,’ if you forget. Once you stop eating, it is just easier to not eat after that.”

Anorexia and bulimia nervosa are the two most common eating disorders college students develop, according to Prinz.

Bulimia nervosa is characterized by binge eating eipsodes followed by self-induced vomiting or other purging methods including laxatives, fasting and excessive exercise.

Students are especially prone to eating disorders because of college binge-drinking culture, “drunkorexia” and the fear of gaining the “freshman 15,” according to the ERCC website.

Drunkorexia occurs when a person restricts calorie consumption to make up for the caloric intake from alcohol, Prinz said.

According to research from the National Eating Disorder Association, almost 50 percent of people with eating disorders also abuse drugs, alcohol or both.

Warning signs of eating disorders include self-critical behavior, perfectionism in school, heightened anxiety and obsessing over caloric intake and exercise, according to Prinz.

“Mental health support with a therapist is important because it provides an impartial third party to provide various types of support with issues a student might bring to the table,” Kasher said.

“Reach out for help. It is not a bad thing,” Kender said. “There is such a stigma around mental health and therapy. No one can do everything alone, and no one is expected to, especially when something like this is going on.”

Kender said having specialized professionals on campus or different services offered would be helpful because the college only provides general therapy—not specific therapy for eating disorders.

According to the ERCC, eating disorders can affect anyone, but fewer than 30 percent seek treatment despite these disorders having the highest mortality rate of any mental illness.

“This is an exciting time in one’s life,” Prinz said. “But a student is under a great amount of stress because they are on their own for the first time. A student needs a lot of resources and support including the school, family and friends.”