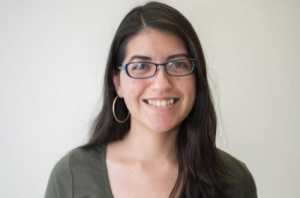 As a result of significant voter turnout, this year’s midterm election recorded numerous groundbreaking victories as the public resists the Trump Administration.

According to a Nov. 9 New York Times article, an estimated 113 million people voted, the majority of which included women, Latinos and young people. Voters showed up to the polls to advocate for the issues they care about—the issues that represent them. The people have spoken.

According to the Victory Institute, an organization which works to increase the number of LGBTQ people in public office, there are 559 openly LGBTQ elected officials in the U.S. In order to be equally represented, voters would have to elect 22,837 more to office.

There is still a long way to go to achieve this, but we’re at least one step closer after electing more than 150 LGBTQ candidates, according to a Nov. 7 NBC News article.

There is not enough space on this page to list all the accomplishments from the midterm elections, but this list alone proves that every vote matters to ensure the change voters want to see. With Trump still in office, this is more important than ever.

According to Gallup, it is not unusual for a president’s party to lose seats in the House of Representatives when it is unpopular. The high turnover of House seats was a direct result of the high amount of dissatisfaction with Congress. This needs little explanation, but a few things could be attributed to this dissatisfaction, including the enormous disrespect and overall inhumanity toward minorities, immigrants, the LGBTQ community and women.

Gallup also noted that healthcare, the economy and immigration were among the most important topics for voters. Other topics voters cared the most about included infrastructure investments, expanding family leave and implementing environmental protections. Elected officials are now more likely to address these topics in the future and pass supportive legislation.

Previous presidents have been able to bounce back from similar setbacks against their party, but people can continue to use their vote to ensure their voices are heard and the issues they care about are addressed at the federal and state levels.