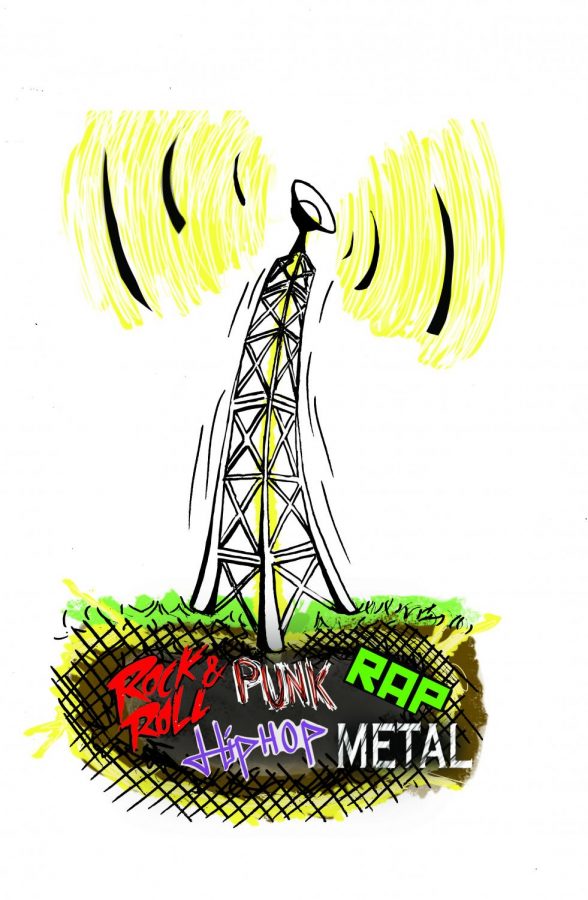 In August, Chicago’s defunct Q101 Alternative began a Kickstarter campaign to launch a new radio station, leaving some expecting a comeback of the historic FM rock station of the same name.

The new station will not have the same name or frequency, and its format has yet to be determined, as the station will allow Kickstarter contributors to decide what is played, which might include their own bands or favorite songs.

Matt Dubiel, Q101’s owner and managing partner, said he is only using the brand to generate interest in the campaign—lasting until Sept. 19—and the station will not carry Q101 branding.

“[When I bought Q101], I wanted the audience,” Dubiel said. “Without the audience, the frequency is like an empty hotel.”

Dubiel launched the campaign to fund a new fan-generated radio station, which had collected $16,104 and 191 backers as of press time.

If the campaign is funded, Dubiel said he will survey backers for station names and content.

The station will not broadcast on Q101’s old frequency—101.1 FM—and Dubiel has no interest in buying it from Cumulus Media.

Dubiel said he is hoping to do radio in a new way that directly responds to audience interest, but success relies on reaching his financial goals.

However, George Zarr, a lecturer in the Radio Department, said a station built on audience picks is likely to lack the focus of traditional stations.

“Let’s say you have totally crowd-run radio,” Zarr said. “It’s some guy sitting on his bed in his underwear talking about what he thinks is important.”

Zarr pointed out that the new station would be corporate, despite a video on the Kickstarter attacking other corporate stations. While Dubiel is aware of the contradiction, he said he is being genuine and taking a risk.

“[If] support wanes after a while, and we have to run it [traditionally], people might point their fingers at me and say, ‘That guy’s full of s—, [he’s] a hypocrite,’” Dubiel said. “But I’m going to say, ‘You know what? At least I tried.’”

Eleanna Rogers, longtime Q101 fan and sophomore theatre and business & entrepreneurship double major, said she likes the idea of the station but is disappointed the Q101 brand is being used to promote it.

“It’s something I’d want to get behind more if I knew it [would include] the same content [as Q101],” Rogers said.

Brand confusion is nothing new to Q101. Since Cumulus purchased the 101.1 FM frequency in 2014, both Q101 and Cumulus Media’s current 101WKQX have struggled to differentiate themselves, Dubiel said.

Q101’s FAQ page attempts to clear the issue up, stating, “Nothing [Cumulus does] has anything to do with us.”

A source close to Cumulus Media who requested to remain anonymous said Q101 has been a point of contention between Cumulus and Dubiel’s company, Broadcast Barter Radio Networks, since Cumulus purchased 101.1 FM and launched 101WKQX in 2014.

“There were conversations about purchasing back the name of Q101,” the source said. “But the parties were not able to come to [agreeable] terms.”

The source expressed frustration with frequently having to explain the difference between the stations.

“I hear it all the time,” the source said. “[People say,] ‘we’re always going to call you Q101.’ It’s no different than people calling Guaranteed Rate Field Comiskey Park or Sox Park or people calling Willis Tower Sears Tower. We’re not trying to give somebody else credit for the hard work we’re doing over here.”

Calls to Cumulus Media asking to confirm the source’s information were not returned as of press time.

Dubiel remains hopeful the Kickstarter campaign will come together in the end.

“It does not mean you have to take up the cause of changing radio,” Dubiel said. “It could just mean you want to have a little fun.