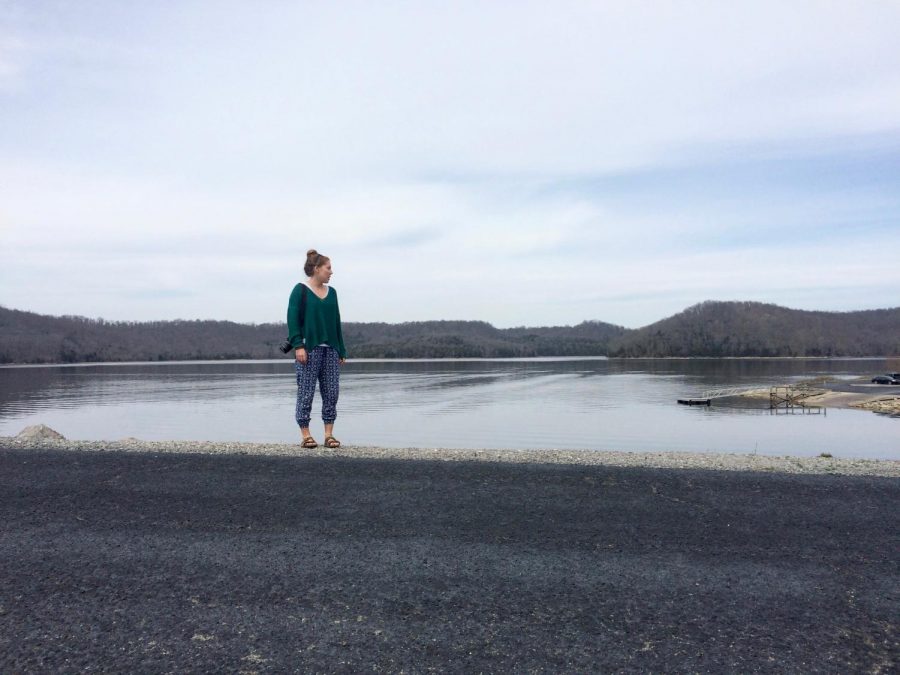 Carlee Belt, a senior television major and environmental studies minor, will spend January in Hawaii as an Artist in Residence and conduct environmental field work.

As many Columbia students contemplate spending their winter break huddled around fires, Carlee Belt is preparing to spend January in Hawaii—earning three credits toward her Columbia degree.

Belt, a senior television major with a minor in environmental studies, was chosen as the first Artist in Residence at the Maui Preparatory Academy in Hawaii, according to Michele Hoffman Trotter, an adjunct professor in the Science & Mathematics Department and Belt’s independent study supervisor.

Belt said during her stay in Hawaii from Jan. 1–24, she will lead workshops with Maui Prep’s seniors, covering filmmaking, pre- and post-production and translating environmental issues into film.

“Ideally, what I want to do with my two degrees is use my TV degree to promote conservation and environmental consciousness,” Belt said. “I’m excited to go out there and help kids learn how to turn this message into a powerful piece they can educate others with.”

Belt said she will also do fieldwork in Hawaii with the Hawaii Association for Marine Education and Research for her environmental studies minor.

“All of that [work] is pretty intensive,” Deakos said. “It requires database management, size measurement, taking [photographs] and processing as well … so she will be helping with a lot of [that].”

Deakos said HAMER is dependent on community involvement and the energy of students like Belt.

“Without the expertise or the commitment of people like her that can come out and give us the extra work force we need to get things done, certainly our programs would struggle,” Deakos said.

Belt said she plans to be scuba-certified by January.

“Hopefully, I can help with some underwater stuff because  I’m going to be creating my own little film promoting conservation in Hawaii,” Belt said.

Conversations between HAMER and Maui Prep led to the creation of the Artist in Residence program, according to Hoffman Trotter, who coordinates educational outreach and builds community partnerships as HAMER’s Director for Education and Advancement.

Hoffman Trotter, a 1994 alumna, said Belt stood out as a candidate because of her desire to make the most of her education.

“She keeps in touch with people, and she’s very aggressive about keeping her network intact,” Trotter said. “She was a natural pick and when I put her in front of Maui Prep, they jumped at the chance to have her.”

Hoffman Trotter said Belt will be an excellent representative of the college.

“She will be a solid ambassador for the intellect and creative ingenuity that makes our student body incredibly special,” Hoffman Trotter said.

The Artist in Residence program is likely to expand, Hoffman Trotter added, and  more students will be able to participate in the future.

“This is just the ground floor,” Hoffman Trotter said. “We are in a growth phase, so there [will] be more and more opportunities for students—who may not be scientists, of course—looking for experience in a variety of things. If students want to get exposure to fieldwork, there will be ample opportunities.”