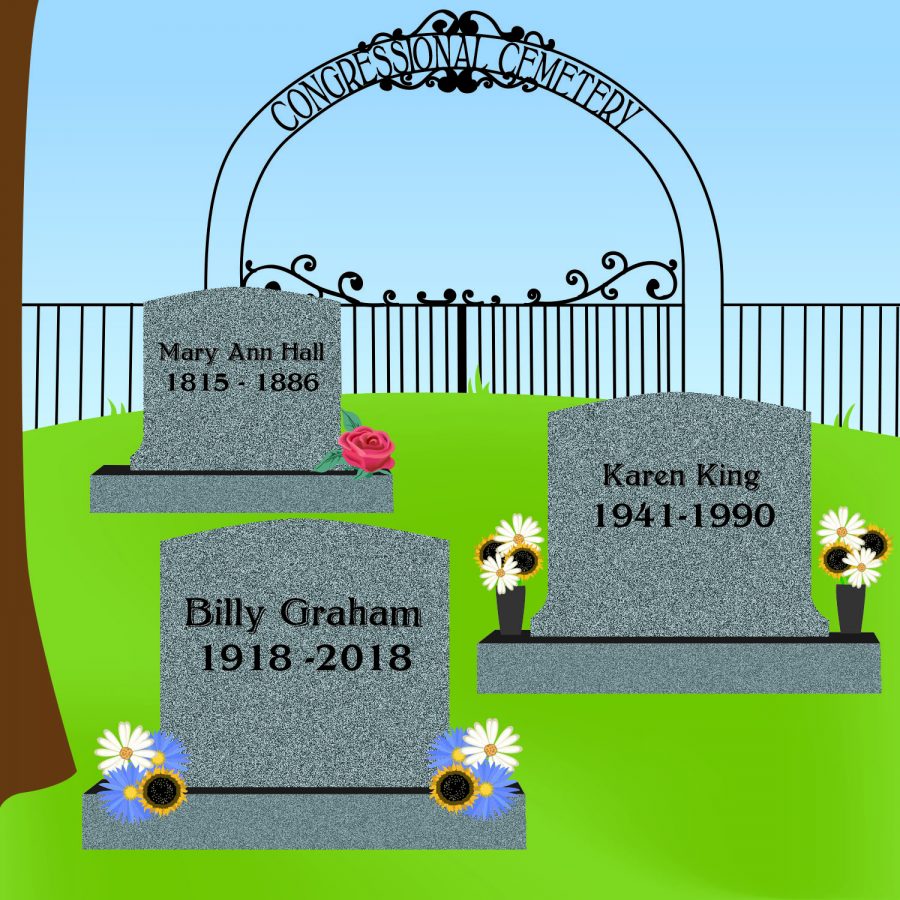 On Feb. 28, the late evangelical Rev. Billy Graham, who acted as a spiritual confidante for 12 presidents from Harry Truman to Barack Obama and was known as “America’s pastor,” became the fourth private citizen to lie in honor at Capitol Hill.

But throughout his time in the public eye, Graham’s preaching was muddled with hateful and oppressive rhetoric, and his namesake organization, The Billy Graham Evangelistic Association, now run by his son Franklin Graham, has homophobic and transphobic articles across its website with Billy Graham’s name plastered at the top of each page.

Despite preaching Christian love and acceptance, Graham was exposed post-Watergate for anti-semitic remarks he made to former President Richard Nixon. In the recorded conversation with Nixon, Graham said, “A lot of the Jews are great friends of mine, they swarm around me and are friendly to me because they know that I’m friendly with Israel. But they don’t know how I really feel about what they are doing to this country.”

Graham was repeatedly outspoken about his opposition to gay rights and marriage equality. In a 1995 sermon, Graham said, “Is AIDS a judgement of God? I could not say for sure, but I think so.” Though he later expressed regret for the statement, it still inspired countless others to have similar views. When a woman wrote to Graham in 1974 about her feelings for another woman, Graham responded, “We traffic in homosexuality at the peril of our spiritual welfare.”

The Billy Graham Evangelistic Association’s website also contains articles such as “The War on ‘Male’ and ‘Female,’” which call transgender activism a “Trojan horse” in destroying “traditional families.” The website also responds to the question, “Are homosexuals born that way?” with the suggested reading of a “practical guide to overcoming homosexuality.”

Despite his record of hateful beliefs, Graham has been celebrated by current and former U.S. leaders in the wake of his death. When former President Barack Obama tweeted about the “hope and guidance” Graham gave to Americans, twitter users rightfully responded with disdain.

When political leaders like Obama show support for a staunchly religious and prejudiced public figure like Graham, it is insulting to their constituents. It demonstrates a passive interest in oppressed groups’ rights, rather than actively standing up for them, and standing against the memorializing of someone who has dehumanized them.

Honoring Graham’s legacy of hate and prejudice is an offense to members of the marginalized groups he spoke against who feel dismissed and disregarded by the honor he is receiving. For the federal government to laud a man who used his platform to be homophobic and anti-semitic is a step entirely in the wrong direction.