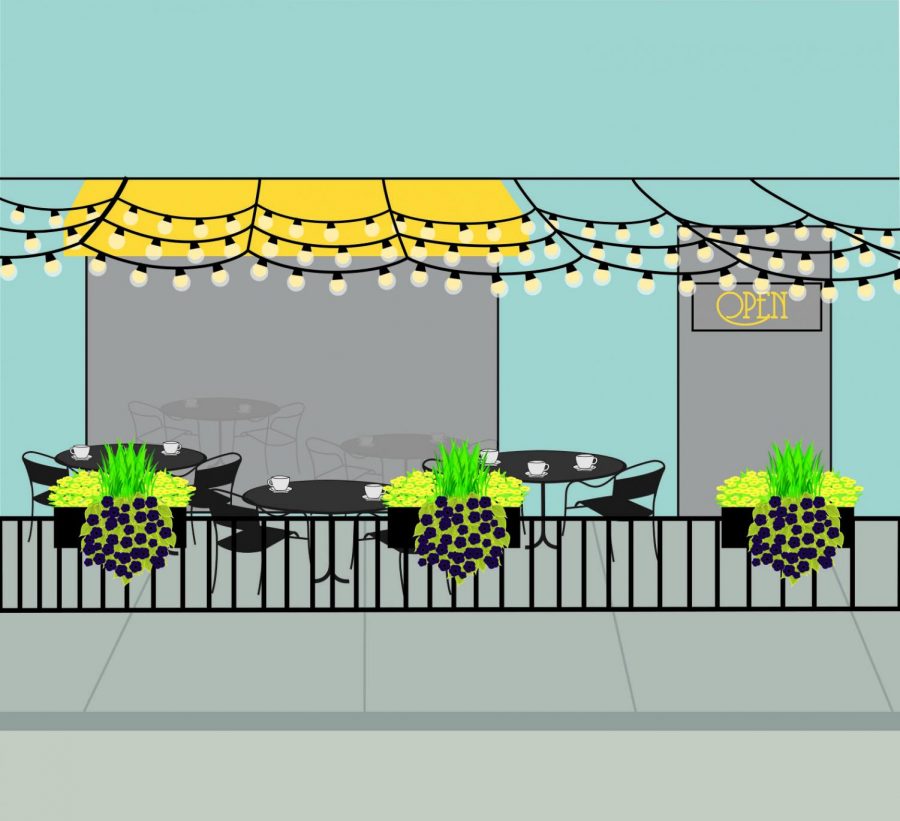 Wabash  Avenue  Has been a street tourists and residents pass by on their way between iconic destinations such as Millennium Park and State Street’s shopping district, said Chicago Loop Alliance President and CEO Michael Edwards. But now, he is working to redefine its landscape.

Edwards created the Wabash Street Café Program in 2017 as part of an effort to perk up the dark and cluttered stretch of the street below. If plans continue, Wabash Avenue will be filled with outdoor cafés for the summer.

Currently, 13 restaurants on Wabash Avenue have outdoor cafes and about 20 others may participate in the program, which will give the street a better design aesthetic and increase business Edwards said.

“Outdoor cafés tend to be very visible and they  work like an [advertising] sign,” he said. “When [restaurants] are full of people, it attracts more people to the area.”

While interested in joining the program, Jim Mannos, owner of Exchequer Pub, 226 S. Wabash Ave., said he is concerned about  possible crime upticks in an outdoor space.

“People I have talked with in the restaurant industry are shying away from it because, when you have an outdoor café, you have people flying by and they rip off purses,”  he said.

Exchequer, which has been on Wabash Avenue since 1969, had an outdoor café for about four years in the early 2000s, Mannos said. It removed the space when homeless people started to loiter in the area and it became a hassle to maintain.

David Broz, principal of Gensler Chicago’s office, the architect group designing the cafés, said Mannos’ experience is outdated and unlike what is anticipated for this new project.

“When the Chicago Loop Alliance first started doing place making in the city, we looked at other cities,” Broz said. “New York has some great published research that found [street] interventions like this actually decrease crime because crime like that tends to stay away from areas with high public presence.”

Rubikar Macharya, manager of Himalayan Restaurant, 606 S. Wabash Ave., which opened in August 2017, said although the Wabash Street Café Program would not apply to the restaurant, an outdoor café would be a strong business opportunity to attract more students and tourists.

Gensler has been pushing for a a unified design aesthetic for that will alleviate the annoyance with the noisy traffic, Broz said.

“On Wabash, we saw a need to have a common aesthetic through all the restaurants so it feels more like a plaza,” Broz said.

Edwards said  when restaurants add seats outside, it brings business and profit.

Peach & Green, a café at 33 S. Wabash Ave., added an outdoor cafe to its restaurant last year.  Owner Katie Cantwell said the Chicago Loop Alliance pushed it to create an outdoor space, and the 30 additional seats, along with stylish plants helped change the dynamic.

“Anything that brings the street alive is really valuable,” Cantwell said. “Anytime you’re able to be out enjoying that gorgeous sunshine in the summer is really great [for business].”