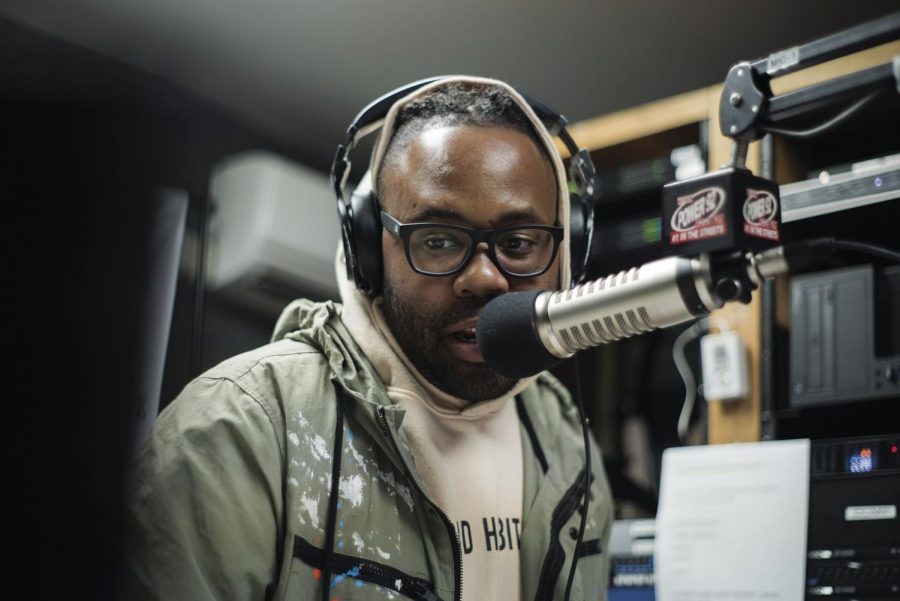 Chicago native Rodney “HotRod” Washington has a voice the  windy city is familiar with. He is a radio personality at Chicago’s Power 92.3 WPWX and the home DJ for University of Notre Dame’s football and basketball teams.

As the organizer of Pep Rally Takeover, he also visits high school and elementary students throughout Chicago and Northwest Indiana to host their schools’ homecoming pep rallies, giving students a chance to dance and let loose. His radio show airs from 7-10 p.m.  Monday through Friday and 6-10 p.m. on Saturdays.

Washington spoke with The Chronicle while he was on the air to discuss how he earned the prime-time radio personality slot after only six years in the business and what advice he would give to anyone looking to break into radio.

CHRONICLE: What made you want to get into radio?

WASHINGTON:It has always been an interest of mine to be  around music. When I was in high school I sold CDs, but when I got to Chicago State [University], I was just trying to get my degree and that was it. It was a guy named Devin Washington, who used to be Herb Kent’s producer, who put me in radio classes because he knew I liked music.

How were the early years in your career before you got to Power 92.3?

It was a grind honestly. I was doing an internet show at Chicago State and I would shadow Tone Kapone, Shag Nice and DJ Ferris, but mostly Tone. I was having him listen to my show and then finally landed an internship at Power 92.3, while still doing my internet show. I came to the station late at night, worked a 12 a.m. until 6 a. m. shift and watched people on air. That really motivated me, and I knew that I could do this. I would send in air-checks, which is essentially a radio personality’s version of a demo tape and try to get my foot in the door.

I visit elementary schools and high schools around Northwest Indiana, the South suburbs of Chicago and give back to the youth. I’m not preaching at them; I’m not going in  and telling them to put down the guns because they get that enough from their teachers. My goal is to relax their minds and give them music and help them feel good because you never know what these kids are going through. If you come in and play some of their favorite songs and have fun with them, uplift their spirit, and talk with them, it really helps. I try to be that big-brother figure.

What would you say to someone interested in breaking into the radio business?

Stay focused, don’t rush your process, believe in your process and believe in yourself. Work hard because if you aren’t working hard, someone else is out there working hard doing air checks, working on their voice, reading aloud. Push yourself and make sure to network  whenever possible and build relationships. Stay humble, never feel like you know everything.