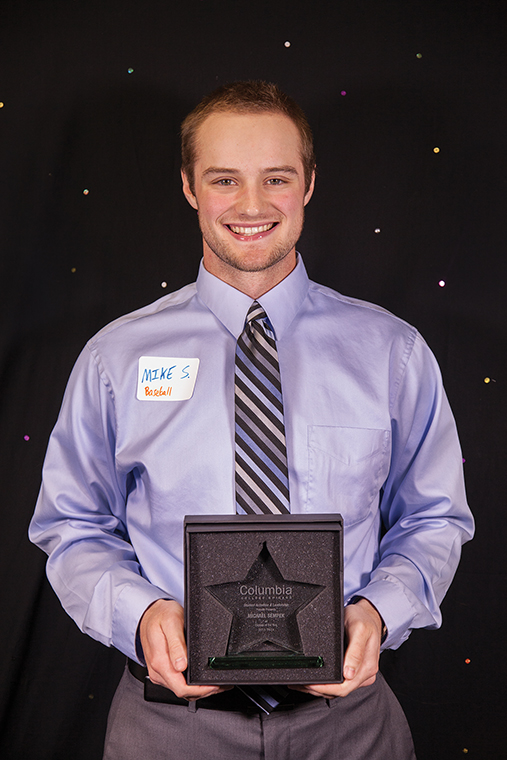 Michael Sempek, a sophomore television major, is stepping down as captain of the baseball team to take on a new role as the next president of the Renegades.

Born in Omaha, Neb., Sempek has played baseball since he joined little league at age 5, and he currently plays outfield and occasionally pitches for the Renegades baseball team. Raised as a St. Louis Cardinals fan just like the rest of his family, Sempek said he is easygoing and does not take anything seriously except for his family and baseball.

The Chronicle spoke with Sempek about coming to Columbia, leading the baseball team and becoming president of the Renegades.

THE CHRONICLE: Why did you come to Columbia?

MICHAEL SEMPEK: I was going to go to the University of Kansas. I was probably about a week away from signing my housing contract there because I had no idea where I wanted to go. That’s my favorite college team and I love the campus, so I was going to go there. I had no idea what I was going to study, so I would’ve been undeclared. It was April, I was looking on the computer at the Second City [website], and I saw [a] Columbia College Chicago ad. I followed it and found the school and found the majors. Then I came with my dad. I saw the school and I knew immediately [that I wanted to go here].

CC: Did you know that sports were not a huge part of Columbia’s culture before you enrolled?

MS: No. When I came for my tour, there was The Columbia Chronicle sitting there and my dad pulled out the sports section and there was an interview with Jon Bowman, who was the president last year and the old captain of the baseball team. We read it and that’s how I found out about baseball. I was worried about not even making the team because I just thought if they had an article in The Chronicle, it must be a pretty big thing on campus.

CC: What do you say to people who are surprised Columbia has athletics?

MS: I say, “Heck yeah, we have sports.” I tell them about what teams we have [at Columbia] and more than anything, I always want people to know that just because you don’t play a sport doesn’t mean you can’t be a participant. We always have events and we’re always up to hear suggestions about how we can help people get physical.

CC: Has baseball been a part of your daily life since coming to Columbia?

MS: It’s become even more important than I ever thought it would because being captain, especially at an art school, I’m always fighting to keep the team alive and let people know about it. Like I said, I’m a huge Cardinals fan, so I’m always watching pretty much every single game. I’m out playing it when I can, always talking about it, always thinking about it, especially with our school’s team. I always want to see it get better.

CC: How did you balance schoolwork with leading the baseball team?

MS: It was actually tough this year because when you’re captain, it’s like owning a business. I’ve got to contact other teams and get fundraising and umpires, fields, the money and also manage my team and make decisions on the field and off the field. There were times when [leading the team] was harder than my schoolwork was.

CC: How did you become president of the Columbia Renegades?

MS: I just ran. Every spring they have elections, and I ran for president because I really want the athletics at this school to become more known about. I want to have a more team-oriented focus. The biggest interest is in the people who want to play team-on-teams, so I want our teams to thrive and get more recognized and be a bigger part of stuff like The Chronicle and Frequency TV.