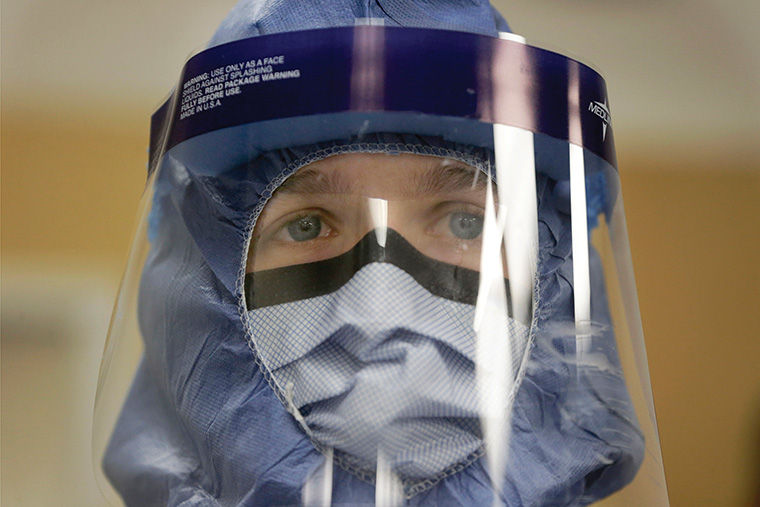 Rush University Medical Center and three other Chicago hospitals have been selected at the request of Mayor Rahm Emanuel to provide care to patients in the event of an Ebola diagnosis in Chicago.

“If there is a situation where someone might be brought in [because they] maybe had one or two of the potential symptoms, but weren’t further tested, [then they would go to one of the four hospitals],” said Deb Song, assistant director of media relations at RMC.

Although Ebola is not easily spread from one person to another, strict precautions are being taken to prevent the communication of the disease. According to an Oct. 20 press release from RMC, the disease can only be spread through direct contact with body fluids of an infected person. People who have the virus but have not developed symptoms such as fever or vomiting are not contagious. Ebola is not able to survive on surfaces and cannot spread through the air as other infectious diseases do.

“Even though the chances of an individual being diagnosed [with Ebola] in Chicago are extremely unlikely, we are doing everything we can to ensure that our city is prepared to respond quickly and effectively,” Emanuel said in an Oct. 20 press release. “Chicago is home to world-class hospitals and providers, and I am grateful to these institutions for stepping up for our city and our

RMC specializes in infectious diseases, infection control, emergency medicine and nursing. It is in collaboration with the Centers for Disease Control and Prevention as well as Emory University Hospital, which has treated a total of four Ebola patients in Texas so far, according to the RMC press release.

The four hospitals and the Chicago Department of Public Health  form a group called the Chicago Ebola Resource Network. A statewide task force specializing in Ebola assembled at Gov. Pat Quinn’s office with the Chicago Ebola Resource Network to reassure Illinois residents that hospitals and health officials are prepared for an unlikely, but possible Ebola outbreak in Illinois and Chicago, according to an Oct. 22 press release.

“These hospitals have intensive care units that are able to isolate patients, [have] infectious disease expertise, staffing to support care for an Ebola patient as well as their usual patients, laboratory capacity, willingness to work closely with federal, state and local public health entities and willingness to work with each other,” said Christina Villarreal, a spokeswoman for CDPH, said in an emailed statement.

RMC and the other chosen hospitals have initiated special preparations to ensure the safety of their patients and the public, according to the press release.

In order to be fully prepared, RMU is now equipped with a special isolation unit containing three beds. The RMC press release also states that although Ebola is not an airborne contagion, the rooms are equipped with negative pressure airflow. The negative airflow directs the air from the rooms out of the hospital to prevent it from circulating throughout.

An anteroom adjacent to the isolation unit provides the necessary space for nurses, doctors and workers to carefully put on and remove special equipment. The equipment protects workers from potential infection. The room also includes sterilization equipment, showers and disposal resources, the press release stated.

A small group of RMC physicians and nurses who have expertise in intensive care and infection control has been assembled to care for any possible Ebola patients. The selected staff is being rigorously trained in special precautions and will not be assigned to any other patients if an Ebola patient is under their care, according to the RMU Oct. 20

The mayors press release also stated that as part of the city’s preparation efforts, infectious disease specialists from the CDC are in Chicago to conduct audits for the hospitals. They will determine what further training is needed to increase the hospitals’ ability to deal with any presence of Ebola.

The CDPH is also working to ensure that if a person is diagnosed with Ebola in Chicago, the patient will be kept in isolation following the orders put out from the CDC, the release stated.

It also states that blood samples will be handled cautiously, tested rigorously and immediately and patients will be transferred in isolation to one of the four hospitals.

Sylvia Burwell, secretary of the U.S. Department of Health and Human Services, said in a teleconference hosted by the CDC on Oct. 15 that any hospitals caring for an Ebola patient will be provided with a go team for rapid response.

“We know how to stop this,” Burwell said. “We have seen the disease since it was first discovered in the 1970s and have seen it stopped. We do know what protocols to use and how they work. We have done a lot, we know there are opportunities to do more and better and we are