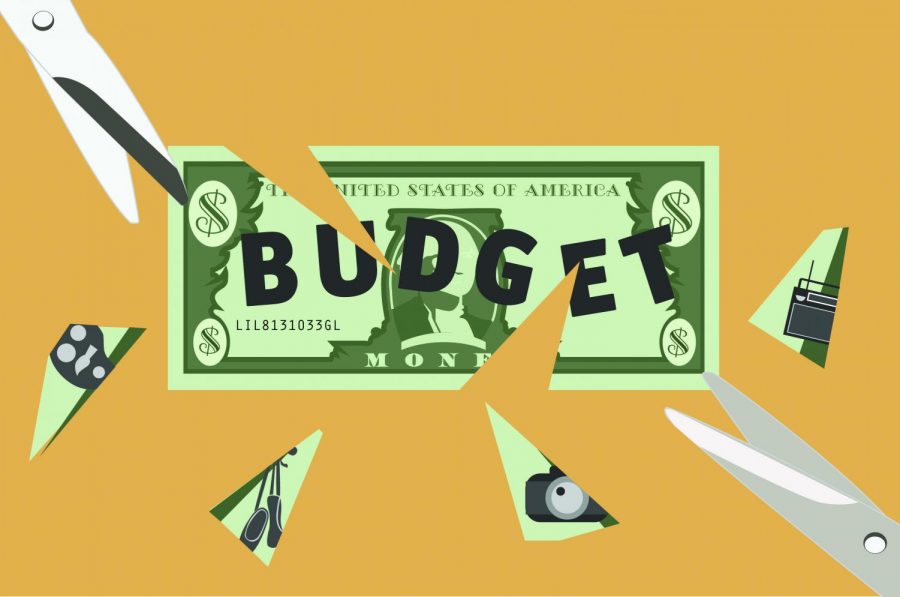 Students are complaining of reduced college resources within their departments and clubs due to the college’s budget cuts.

The affected programs noted by students include the English and Creative Writing Department, the Student Athletics Association, the Communication Department and the Center for Book and Paper Arts.

However, that lab closed at the beginning of the Fall 2017 Semester, and the department announced a new policy for printing procedures for students in the department, according to a Sept. 6 email sent to all affected students.

In order to continue to print for free, students in the department must email their work to an office on the 12th floor by 4 p.m. the day before the assignment is due, Johnk said. The email must also include a cover page with the name of the course and teacher, the course section and number, the class meeting date and time, and the number of copies needed, according to the new policy.

Associate Professor in the English and Creative Writing Department Shawn Shiflett said the decrease in enrollment in the department has affected student services and caused inconvenience.

“It definitely makes me more stressed than I have to be because, with deadlines, you’re already under a time crunch,” Johnk said. “It’s like every deadline I have is getting pushed up now.”

Johnk said the new policy is forcing students to buy printers or pay for printing, which can be expensive with a college student budget. Previously, printing was covered in tuition, she said.

“This is something we were guaranteed, and it’s getting ripped away from us,” Johnk said. “If we’re going to have resources taken away, then shouldn’t the tuition be lowered?”

English and Creative Writing Chair Kenneth Daley could not be reached for comment as of press time.

Jordan Gillespie, Columbia College Dance Team co-captain and senior education major, said cuts from the dance team’s budget have made it challenging to participate in competitions and enjoy it because team members cannot afford competition fees, which can cost about $300.

According to Matt Coyle, president of the Student Athletics Association and senior business and entreprenuership major, the organization used to provide each Renegades athletic team a set amount of money each year in order to cover their essential expenses.

In past years, the Columbia sports teams would receive $1,000 for their annual budget. Every athletic team involved wtih Student Athletics Association is currently being given $850 regardless of actual expenses, Coyle said.

“It’s hard to explain to our players where the money’s going when we get the short end of the stick because we’re sports at an art school,” Coyle said.

Gillespie said team members had to pay a $25 fee this year to join in addition to the fee included in tuition, and the Dance Team is planning to host a fundraiser through Loop restaurants.

“We wanted to do three [competitions] this year, but now we have to figure out how that’s going to work with the money,” Gillespie said. “[The college] keeps telling us to fundraise more, but there’s only so much we can do.”

Isabella Aimone, a junior art and art history major, said decreased funding led to studio time being cut in the lab for Center for Book and Paper Arts, 1104 S. Wabash Ave., which hinders her ability to complete homework or practice printmaking there.

Aimone said she is distressed that the college’s budget cuts have led the book and paper art studio in the Art and Art History Department having to share its limited facilities with the Photography Department.

“A lot of us don’t have our own studios, so we rely on open studio time to come in and use Columbia’s facilities,” Aimone said. “We can’t do that if our teachers can’t hold open studios.”

Aimone said shared use of the studio between the two departments forces student workers to work harder without any extra pay because they have to teach students from the multiple departments. The arrangement also requires student workers have expertise in both photography and papermaking, which they are unlikely to have, she said.

“I hope that people take what the student workers say more seriously, and I hope that despite budget cuts, we [will] still work hard to make departments work,” Aimone said.

John Upchurch, director of Instructional Technology in the School of Fine and Performing Arts, said studio hours for the book and paper art studio have been shortened because the construction to make room for the Photography Department has not been completed. However, studio times are planned to increase once construction is concluded, he added.

“We do hear those kinds of concerns and questions from students, and sometimes it’s just a question of communication or misperceptions,” Upchurch said. “When facilities move or [renovate], change is hard for some folks, and they might be focusing on concerns on what they might be losing as opposed to what they’re gaining in that mix.”

Jennifer Delaney, associate professor of Higher Education at University of Illinois at Urbana-Champaign, said student enrollment is extremely important to revenue and college budgets, especially in private institutions. It is easier for an institution to cut certain resources than essential expenses, like paying instructors salaries and the main budget for instructional programs.

“Those are often areas first looked at when you’re in times of budget trouble,” Delaney said. “It’s sort of easier to make adjustments on the margin of student organizations than to be reducing faculty and restructuring curriculum.”

According to Arata, the recording studios used to be open from 8 a.m. to 7 p.m. on Fridays, but that day’s hours are currently only from 11:30 a.m. to 4:30 p.m. Unlike previous years, the studios are now closed on Saturdays as well, minimizing available times and resources for students to work with, Arata said.

Communication Department Chair Suzanne McBride could not confirm the specific hours of the studio, but she said the hours were changed because of the declining enrollment in the radio program compared to previous years.

“We built those hours around when students are using the space and wanting to access it,” McBride said.

Gillespie said Columbia athletics can help produce more school spirit on campus, but it is harder to get students to participate with the funding decrease.

“I feel like sports can really bring the school together as a whole,” Gillespie said. “Without this money, we can still do stuff, but we can’t be at the level that we wanted to be at.”

In an Oct. 20 email statement to The Chronicle, Vice President of Student Affairs Sharon Wilson-Taylor said, “We are committed to ensuring that funding is distributed in way that recognizes the size and needs of all student organizations.”

The college is doing the best it can to work within its budget, Wilson-Taylor added.