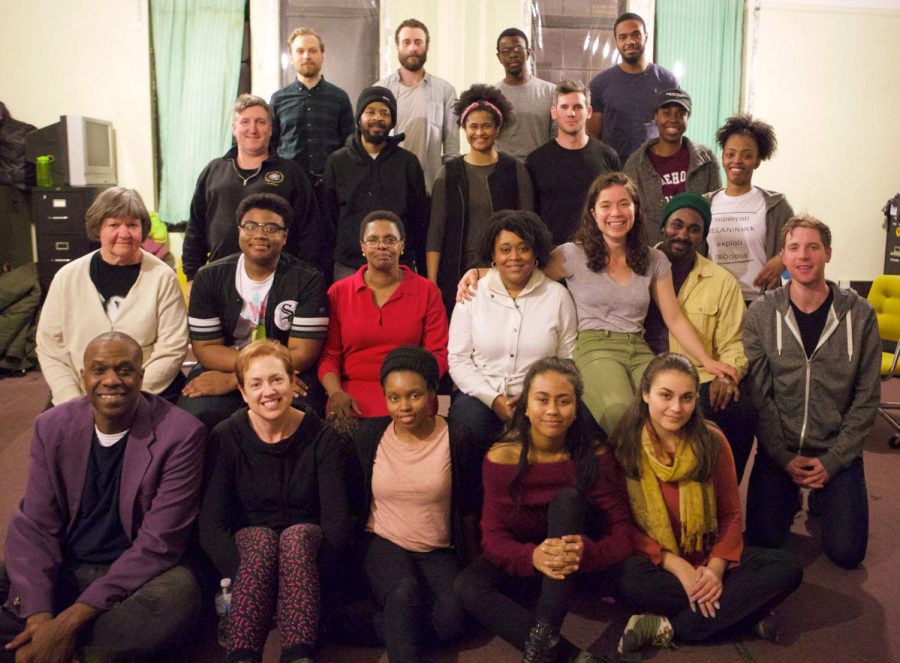 Conflicts in Rwanda, Zimbabwe, Northern Ireland, South Africa and Bosnia are the focus of a play written by debbie tucker green, which examines the similarities among five global conflict zones over a 30-year period.

Keith Surney, a 2013 theatre alumnus and army veteran, will play one of 22 characters in the U.S. premiere of “truth and reconciliation,” which began March 12 and will show until April 16 at Chicago’s Victory Gardens Richard Christiansen Theater, 2433 N. Lincoln Ave. It is part of the Sideshow Theatre Company’s 10th anniversary season.

The title of the play shares its name with real-life commissions, organized by the states afflicted, that seek to uncover injustice in the wake of conflicts such as apartheid and genocide, resolve remaining conflicts and encourage forgiveness rather than retaliation, according to Jonathan Green, artistic director of Sideshow and the play’s director.

The play—originally produced at the Royal Court Theatre in 2011—was brought to Sideshow by Karie Miller, one of its seven ensemble members, Green said.

“The daring [themes] of the play was really exciting to our whole ensemble,” Green said. “One of Sideshow’s goals is to take on these impossible or seemingly un-producible projects and execute them in an engaging way.”

Tab Baker, a former professor in the theatre department who died in 2010, had a big impact on Surney, who said he was uncertain of where acting would take him after his military service.

“He was my acting basic skills teacher,” Surney said. “I remember the end of the semester and we had to do a monologue. I remember talking to him and he was saying I did a good job. He was saying ‘you got real talent and real potential.’ That was a really big lift for me because at first, I wasn’t sure. That gave me a boost of confidence.”

Surney plays the character “Rwandan Brother,” a man whose brother was killed in the Rwandan Genocide — a mass killing of people that resulted from the civil war between Hutus and Tutsis. Rwandan Brother goes to a truth and reconciliation meeting with his father and his brother’s widow.

Surney, who is from Chicago, said he knew of most of the conflicts prior to working on the play, but didn’t know the history behind them.

“Definitely for Americans, we hear conflicts going on around the world, and it’s kind of casual interest,” he said.

Albert Williams, a senior lecturer in Columbia’s Theatre Department and unofficial alumni coordinator, said Surney is one of many theatre alumni working in the field post-graduation.

“The Columbia College Theatre Department is a great place for networking among students,” Williams said. “There are so many students in a very small space that they’re just constantly interacting and they’re constantly sharing.”

Green and the rest of the crew are still trying to provide context and decide if the script needs more facts to give the audience a greater understanding of the topic.

“That’s something that we have to keep repeating to ourselves — that we’re doing the play, we’re not doing history,” Green said.

“[Rwanda] had Hutu and Tutsi prior, but when the Europeans came, they made it a distinct racial thing,” Surney said, referring to the tension surrounding the Rwandan Civil War. “It had an effect in a matter of three months and we’re talking 800,000 people brutally murdered. For me, it just made me realize what white supremacy can do.”

According to Green, all 22 characters have played some role in the conflicts, whether they are victims, the accused, or family and friends of the victims.

“The play does not ask us to try to justify any of the crimes committed in any of these countries,” Green said. “I do think it asks us to take a close look at the systems that have created these kinds of conflict and how both the oppressors and the oppressed can in turn be victims of a larger system.”