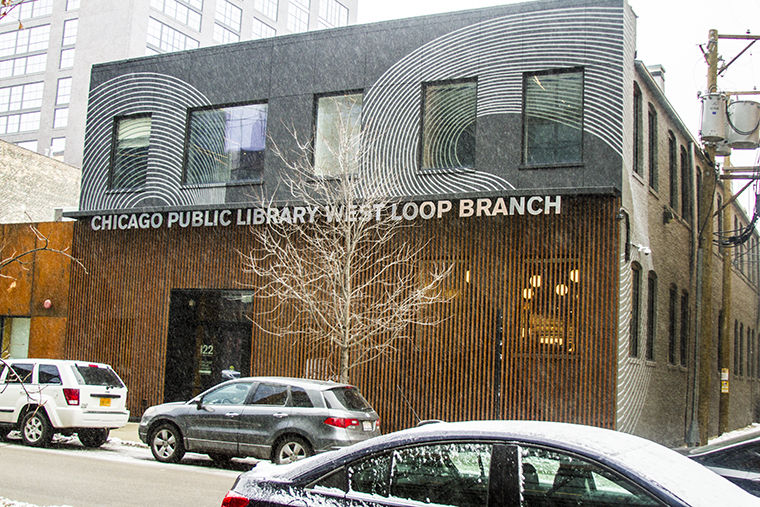 Libraries can be silent and boring to some, but with advanced technology in addition to hard-copy books, the West Loop library is breaking tradition.

On Jan. 17, the West Loop Chicago Public Library branch, 122 N. Aberdeen St., officially opened as the first public library in the neighborhood, and the Chicago Public Libraries’ 81st location. The library offers various amenities, such as a recording booth, study spaces, a reading area and an area for children.

“We also have a YOUmedia center for teens,” said Melissa Wagner, the library’s branch manager. “It’s a digital media space where they can explore in a mini maker lab setting. There’s a 3D printer, we have a vinyl cutter, we have many other making materials for hands-on exploratory learning [and a] gaming console for just hanging out.”

The library was donated by Sterling Bay, a Chicago-based real estate investment and development company. The cost of the library has not yet been released. It was designed by Skidmore, Owings & Merrill LLP and completed in one year, according to Brian Lee, the project’s design partner. The design was made to reflect a modernized version of the neighborhood’s industrial beginnings.

The design mirrors a sound wave with patterns on the interior and exterior walls, Wagner said.

“Interspersed in that sound wave motif are quotes that, as a team, [we] chose to have on the walls,” she said. “That visual motif is carried out through the exterior facade, kind of bringing the inside out and vice versa.”

There are quotes in the children’s area from author Shel Silverstein’s “Where the Sidewalk Ends” and from 13th Century Persian poet Rumi.

The new branch put a lot of emphasis on making sure the library serves all ages, from toddlers to college students. There is a learning area for children that will help them build skills by talking, singing, reading, writing and playing, Wagner said.

Ally Schumacher has been to the library twice since it opened. She brings the child she nannies there because of the wide variety of children’s resources. Even though she isn’t a West Loop resident, she plans on getting a library card, Schumacher said.

“It’s just nice to have a place to go during the winter,” Schumacher said. “It’s great for after school, and getting them into reading is always good.”

Like the other Chicago Public Library branches, the West Loop branch will have frequent gatherings, such as an adult book club and, in February, a sewing class, Wagner said.

The new branch is open to anyone with a library card, so Columbia students can take advantage of the new space as well.

The library offers many tools to help people in the community gather and expand knowledge together, Lee said.

“We all think libraries are an essential element in everybody’s daily lives. You can gain knowledge, work with other people and find out about issues of the world at all income levels and at all ages,” Lee said. “These libraries are more than just checking out books … they become social and cultural hubs.”