Alumnus works to bring Detroit back to its feet 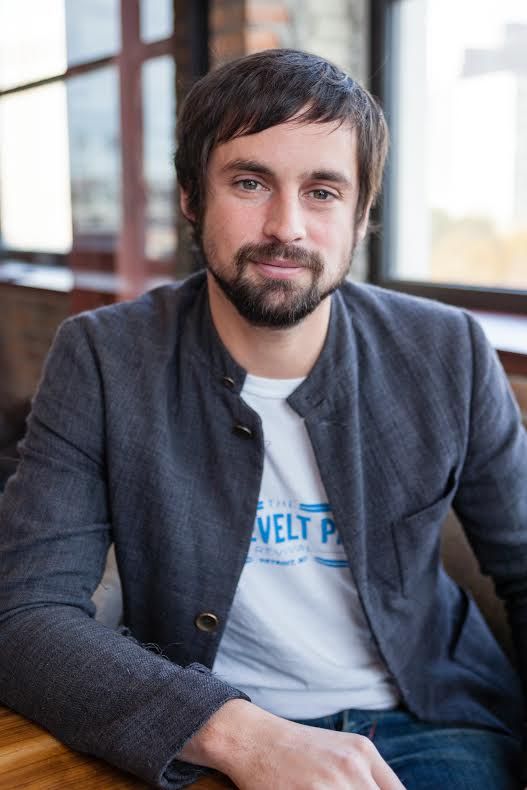 Phillip Cooley, co-owner of Slows Bar BQ, said he thinks the culinary arts can help rejuvenate the city of Detroit.

Phillip Cooley, a 2000 cinema art + science alumnus, is an entrepreneur on a mission to strengthen the city of Detroit.

Cooley’s experience in Detroit ranges from being a janitor at a rock ‘n’ roll motorcycle club to being part of the mayor’s advisory task force for the city’s master plan. He said he believes in the revitalization of the city and letting people’s voices be heard.

Cooley relocated to Detroit at the end of 2002 and is the co-owner of Slows Bar BQ, which opened in September 2005. The Chronicle spoke with Cooley to discuss how his background in the arts led him to his work today of revitalizing his hometown.

THE CHRONICLE: What was your experience like in Chicago?

PHILLIP COOLEY: I grew up an hour north of Detroit in a rural town of about 8,000 people called Marysville. At 18 years old, I thought Chicago seemed a more likely destination than Detroit. I started at DePaul University studying entrepreneurship. I worked in kitchens because I have always wanted to be a restaurateur. I love cooking, I love food and I love restaurants. I was not enjoying my studies at the business program I was in. I ended up switching to film school[at Columbia] in 1997 after a year at DePaul. I ended up loving the arts, and culinary arts are just one of them. I shot a three-minute, self-funded film right after I graduated from college. It was secondary to the other things taking over my life, like building and design in the culinary arts. I design a lot of spaces, so for me film was about movement and color and line. A lot of these things are applicable to food and to architecture and design. After traveling the world and meeting people, I realized the life I wanted to lead, and Detroit all of a sudden became the right city for me at 24 years old.

What drew you to activism?

In Detroit, I do not think it is an option for me. I am engaged here because it is a city that allows it and demands it. When you see an empty park across the street with knee-high grass, you can complain about it or you can try to make a difference. A lot of us would rather try to make a difference. You can complain about the city government, but if they do not have the funds to do it, they are not going to.

How did Slows Bar BQ start?

It was hard for me, with a film degree, to make films in Detroit at that time. If I had lived out in Los Angeles, I would have worked hard and built my career in New York or other cities. In Detroit, it was different. Having 13 years in culinary experience, I was able to utilize that to build a team and eventually get funding. The funding would have never happened if it were just me. I worked in kitchens in Chicago and loved cooking, but when I started cooking with our chef for the first time, it hurt me how much better he was than me. By the second time, I realized I needed to get out of this guy’s way. This is his love, this is his passion, and he is going to be better at it. We had experiences in different places. Those experiences brought us to this point where we felt as if we could be owners and do something that had our voice in it.

Would you say the culinary arts are a strong tool to get Detroit back on its feet?

It is one of the many ways we are doing it. We are seeing a lot of growth, and we need it. We need jobs, we need tax base and we need density. These things are happening and we play one role in that. Slows, nor any other restaurant, is going to save the city or the neighborhood, but if we do not have people participating, where do you start? We are lucky to be a part of it.

Why is it your mission to help Detroit thrive again?

Detroit drew me on its own because it is such a unique, beautiful city. I love it here. I was attracted to the people and the arts here. I love living here because it is a democratic, affordable place. I am interested in finding more culturally diverse, democratic spaces and less homogenized places. Right now, that is Detroit to me, and hopefully it will stay that way. The people and the possibilities here are beautiful.