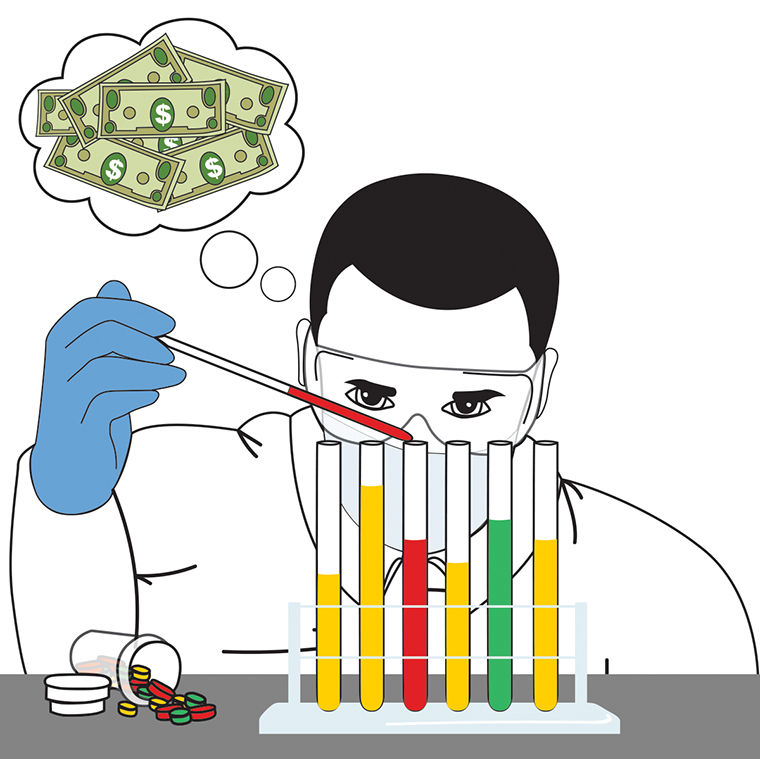 Somewhere on the internet, someone is citing “Big Pharma” as a reason to oppose necessary vaccinations. But large pharmaceutical companies also can affect thousands of lives by failing to meet product safety standards.

The Food and Drug Administration issued a warning letter Sept. 5 to pharmaceutical giant Pfizer for failing to investigate more than 100 cases of faulty EpiPens—an emergency auto-injector for treating anaphylaxis. According to the letter, Pfizer received hundreds of complaints about the auto-injectors used in allergy-related emergencies failing, including some situations that ultimately led to death.

Such a scandal isn’t new for one of the largest companies in pharmaceuticals. According to the Corporate Research Project, a nonprofit that researches and analyzes companies, faulty heart valves sold by a Pfizer subsidiary in the 1980s led to more than 100 people dying from complications related to the product.

As if life-threatening negligence wasn’t enough, pharmaceutical giants such as Pfizer have a long history of controversial pricing—and it is a history that began long before the worst Wu-Tang Clan fan, Martin Shkreli, irked the nation by gouging the price of life-saving medication. According to an Aug. 2, 1958, New York Times article, the Federal Trade Commission accused the company of price-fixing antibiotics the same year.

Pfizer is but one perpetrator in the pharmaceutical industry. The same year the FTC accused the company of fixing prices on medication, five others were cited. More recently, Bristol-Myers Squibb paid a $30 million settlement in 2016 for offering gifts to doctors in exchange for prescribing the company’s medications.

Lobbying state and federal government is a priority of Big Pharma. Currently, it’s fighting regulations on opioids like OxyContin, fentanyl and Vicodin, which are at the opioid crisis forefront, according to a Dec. 15, 2016, article by the Associated Press and the Center for Public Integrity.

Many Americans are aware the pharmaceutical industry can be untrustworthy. A Sept. 14, 2015, Gallup report showed that out of 1,011 adults aged 18 and older, many view the industry negatively. But the abuses continue.

Corporate monopolies have a grip on the country’s health and well-being, and failure to rein them in has devastating consequences—which one can see year after year and scandal after scandal. It is about time Americans question how the state of healthcare and pharmaceuticals has come to this, and this is another opportunity to put pressure on prioritizing lives over profit.