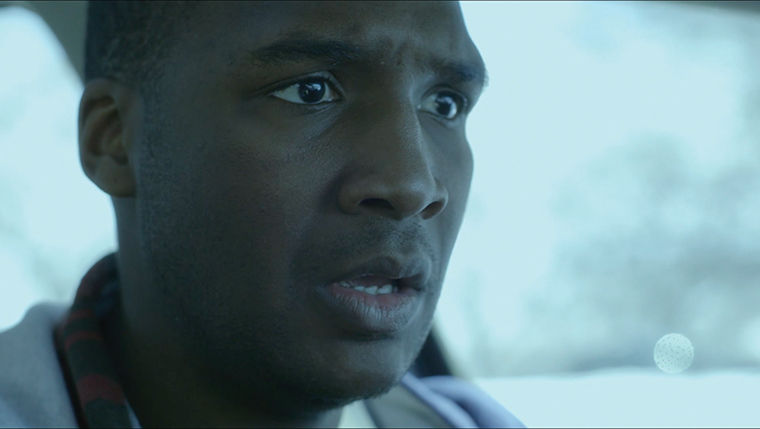 When Kellee Terrell came to Columbia in 2012, she said she had no film experience but knew she could tell stories. Terrell has since made two short films that have been shown and won awards in the film festival circuit.

“I had never made a film; I had never turned on a camera, [and] I had never written a script,” Terrell said. “I knew I wanted to tell stories, and I knew that I was creative [and] had something to say.”

Terrell, who graduated in 2014 with a master’s degree in film directing, worked as a journalist for news organizations like The Huffington Post, Al Jazeera and Glamour before coming to Columbia. She added that she still works as a journalist while continuing her film career.

“Blame” is the story of a working class, African-American father who is haunted by a deceased rape victim and discovers that his only son is the rapist. In the story, he faces a moral struggle in deciding whether to protect his son or turn him in to the authorities.

“[The idea] just came to me, and I wrote it down,” Terrell said. “The more I started working on it, the more it became this ghost story.”

Cari Callis, an associate professor in the Cinema Art + Science Department who was Terrell’s thesis advisor, said her dedication to education made her successful.

“She is  focused on her work and very mature,” Callis said. “She had a clear vision [for her thesis film].”

“I do not think it was one thing specifically that made [the film] shine,” Bailey said. “It was how all the parts worked together.”

Terrell said studying film in college was necessary to establish her film career.

“I do believe you need training,” Terrell said. “[Film school] set a foundation, and I am really grateful for that.”

Terrell said she faced racism and sexism while in the film program at Columbia, which reflects the current issues faced by filmmakers in the film industry.

“I felt I had to defend why I wanted to tell the story I wanted to tell,” Terrell said. “I have talked to people who have gone to film schools all around the country, and their experiences are very similar.”

As reported May 12, 2014, by The Chronicle, other students of color have voiced similar concerns about the Cinema Art + Science Department’s faculty and curriculum.

“A lot of the faculty [are] limited in their understanding of black art in the sense of black story,” said Marcus Martin, former cinema art + science major in the 2014 article. “Because of their foreignness to it, they don’t know how to critique it. They don’t know how to give us what we need.”

Issues of racism and sexism need to be discussed, but filmmakers cannot have their ideas shut down, Terrell said.

“To have a teacher tell a student who writes a script about racism in Chicago that [racism] does not happen anymore, and you have to set that script back to 1950, is very demoralizing for students of color,” Terrell said. “We need more diversity [in film], and I think that push is coming.”