Mayoral campaigns heat up with election a year away 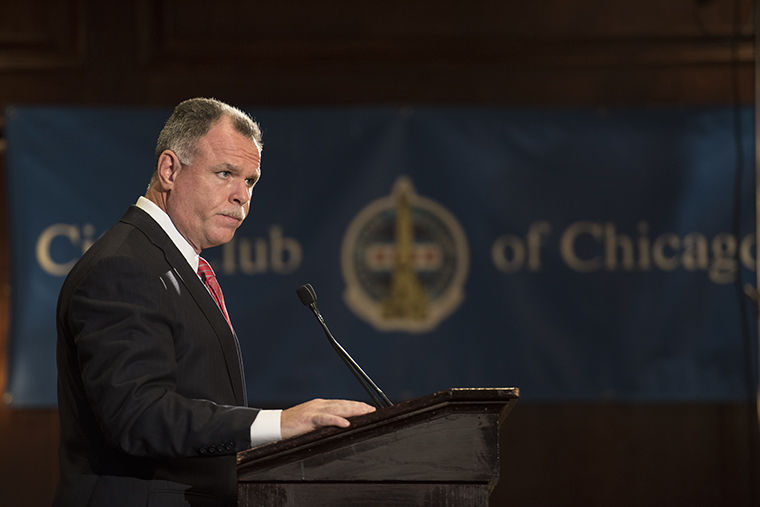 With the race for Chicago mayor a little less than a year away, some candidates have started rolling out ads announcing their candidacy—as well as attacking their opponents.

In the past few weeks, several candidates have come forward to challenge incumbent Mayor Rahm Emanuel, including former Chicago Police Department Superintendent Garry McCarthy, who was fired by Emanuel after the Laquan McDonald shooting video was released in November 2015; Willie Wilson, who campaigned against Emanuel in the 2015 election; and former Chicago Public Schools CEO Paul Vallas.

This year’s race will be more heated than in years past, said Nick Kachiroubas, associate teaching professor in the School of Public Service at DePaul University.

“McCarthy was an employee, theoretically a direct report of the mayor. [Meaning there are] stresses that we didn’t get to see because of that former relationship,” Kachiroubas said. “Some of that is going to come out in the election process.”

Emanuel—who was first elected in 2011—beat out five other candidates for his first term, capturing the majority of the votes. During his re-election in 2015, Emanuel beat Jesus “Chuy” Garcia in a runoff for his second term after none of the candidates claimed the 51 percent threshold.

However, since the 2015 mayoral election, Chicago has endured record high gun violence and homicides as well as a decreasing population.

Emanuel’s opponents can capitalize on his previous decisions as mayor, Kachiroubas said, but the mayor’s heavy political and election experience should not be underestimated by his opponents.

Suggesting McCarthy could become mayor is almost as ridiculous as saying Trump would become president when there were 19 Republican candidates, McCarron said. McCarron also expects the race to be more engaging than most people expect it to be.

Emanuel is not the most popular mayor either, McCarron said. There are Chicagoans who may find him “annoying” and “not a terribly warm person,” which could affect public opinion and hinder his re-election, he added.

Emanuel, Vallas, McCarthy and Wilson, who have all announced their candidacy as of press time for the February 2019 election for mayor, have some level of name recognition in Chicago.

However, name recognition may not be required to win this election because advertising could bring the race into more homes, said Colin Williams, policy director for the Illinois Campaign for Political Reform.

“We are definitely seeing a trend in Illinois elections toward races up and down the ballot costing more and more [money],” Williams said. “In such a high profile race as the Chicago mayoral race, it wouldn’t be out of the realm of possibility to see big money coming in and big spending on ads to continue through the primary and election next year.”

However, McCarthy’s campaign should not be taken lightly as it is being “grossly undervalued,” McCarron said.

“If I were Rahm Emanuel, I would be recruiting people to jump into this primary to break up the McCarthy vote,” McCarron said.